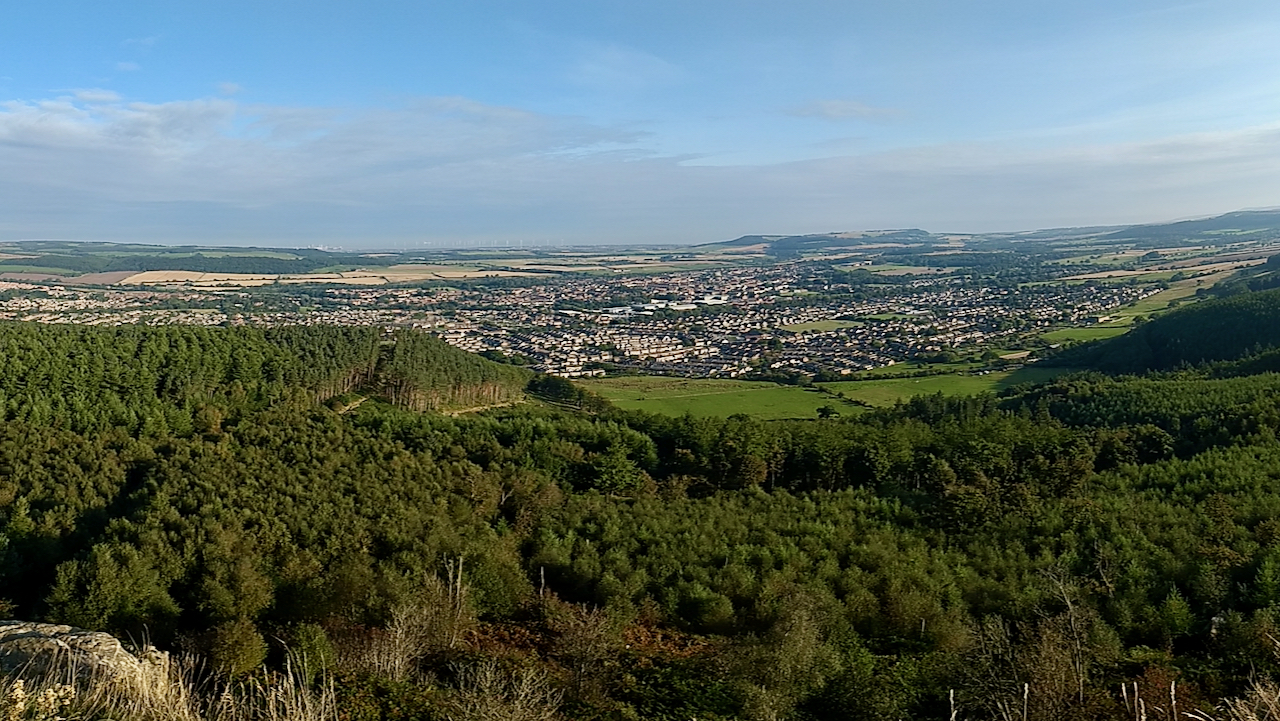 I often stand on a viewpoint and wonder what the landscape before me was like in times past. What did our ancestors, standing on this same spot see? More often, my imagination struggles to extend beyond the past century. A millennium past and it becomes hazy and obscure. Eight millennia, I can only reach in my dreams.

8,000 years ago, a group of Mesolithic hunter-gatherers stood on this spot and surveyed the vale below1“Prehistoric and Roman Archaeology of North-East Yorkshire”. Edited by D A Spratt. CBA Research Report 87. BAR British Series 104. Revised to 1990. It may have been what drew them here, year in, year out, as a look out for the seasonal migrations of aurochs, megaloceros, and elk. On the nab, they built their camp fires, fashioned their flint tools and weapons, and kept watch2Daniels, Robin. “The Mesolithic in North East Yorkshire”. Tees Archaeology 2015.. They had been here before and will return.

The climate would have been drier than it is today but quite a lot cooler. On the edge of the North York Moors plateau, our tribe of hunter-gatherers oversaw a vale of tundra-like grasslands and open forests, providing habitats for a variety of animals. As well as the mega fauna mentioned above, there would have been vast herds of red deer and wild horses along with smaller animals such as pine marten and beaver. Perhaps the herds were drawn to a watering hole along Chapel Beck which rings Guisborough today. Following the herds too would have been a number of predatory animals like bears and wolves. The hunter-gatherers would have to be alert to being hunted. Our group of hunter-gatherers may have had dogs to help with the hunt or to guard the camp because we known from archaeological evidence they were domesticated by this period.

Many of the tree species we are familiar with had not yet established; these early forests consisted of rapidly colonising birch and hazel, the latter a valuable food source. In glades, berries, fruit, and fungi could be harvested when in season.

In the distance,  the north-east coastline and the Tees estuary would have provided an ecotonal variety. Puffins, geese, ducks and swans as well as fish, shellfish, and marine mammals such as seal. Eggs could be collected. This marine life provided a secure food resource that could always be relied on even if plants or other animals became scarce. Perhaps it was part of the group’s seasonal wanderings. The coast was several miles further away than it is today and still connected to the continental mainland by Doggerland3Walker, James & Gaffney, Vince & Fitch, Simon & Muru, Merle & Fraser, Andrew & Bates, Martin & Bates, C.. (2020). A great wave: the Storegga tsunami and the end of Doggerland?. Antiquity. 94. 11409. 10.15184/aqy.2020.49.. It could well be that our tribe of hunter-gatherers were refugees from that land forced to flee west by rising sea levels.

One Reply to “Mesolithic Guisborough”