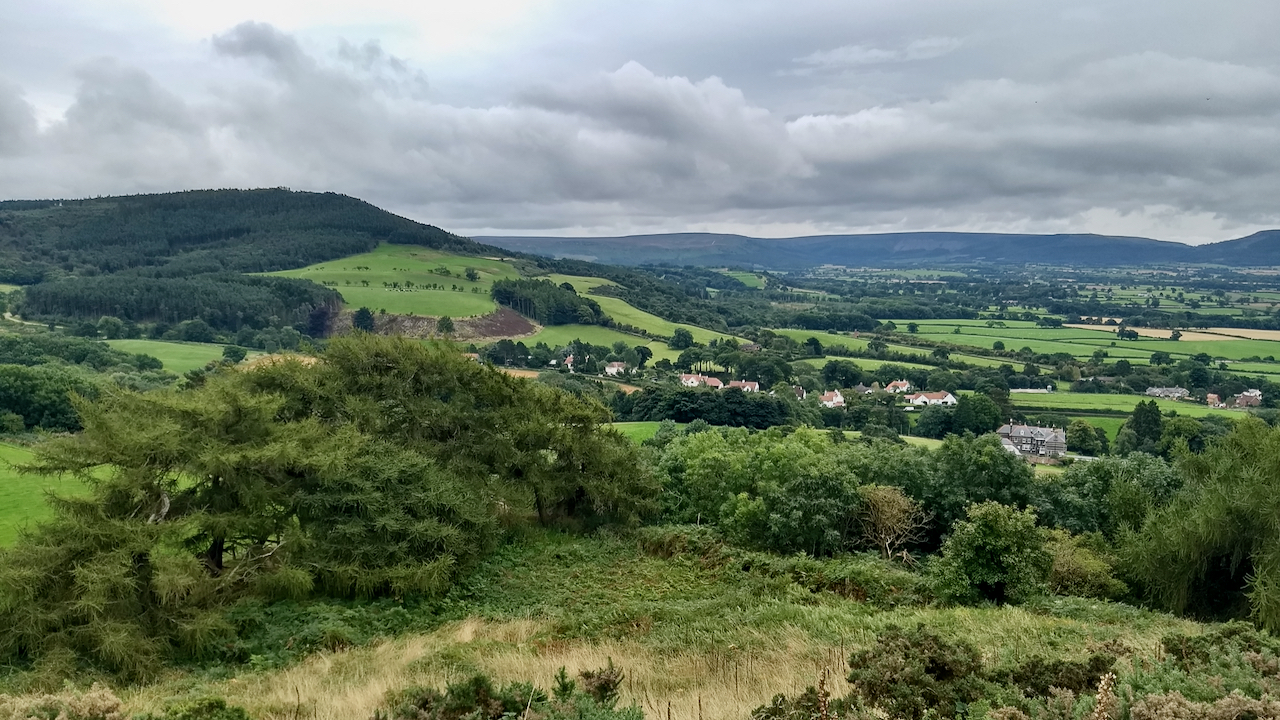 So the story goes when the Gregorian Calendar was introduced and the 3rd September became the 14th, but it may all have been some satire generated by the artist William Hogarth.

The phrase is included in his painting ‘An Election Entertainment‘ (bottom right on a black banner under the foot of a gentlemen who appears slightly inebriated).

In 1752, the Gregorian Calendar was introduced into Britain by an Act of Parliament by the Earl of Chesterfield, a Whig politician. The 3rd September became the 14th, a “loss” of eleven days. It was a bone of contention for Tory opponents who supposedly used the slogan in campaigns for subsequent elections.

There is however no evidence of rioting in the streets, but local folk were suspicious of the new calendar. In the parish registers of Glaisdale there is a note1Ord, John Walker. “The History and Antiquities of Cleveland”. p. 333. Simpkin and Marshall. 1846:

“Sept. 2.-The new style, or Gregorian account, took place by act of parliament; so eleven days were cut off or annihilated, and the 2d of September, 1752, was reckoned the 13th, the next day the 14th, and so on. This was well enough till Christmas came, when some would (yea, a great many) keep old Christmas, and some the new; nay, the superstitious notion was so prevalent amongst our moor-folks, that scarce above forty made their appearance at our sacrament on new Christmas-day, which I could attribute to nothing but superstition and bigotry. Oh, opinion! oh, conceit!! oh, ignorance!!!”

Today’s view is from Cliff Rigg to the cluster of houses on Dikes Lane. In 2016, under the righthand most larch tree in the centre of the photo, I took part in an archaeological excavation on the supposed site of the boyhood home of Captain James Cook. Of course no piece of slate with ‘JC was here 1740’ was found but there was evidence of an 18th-century dwelling including a cobbled floor, pottery shards and lime mortar.

By 1752, James Cook, 24 years old, had left Great Ayton and was serving as a mate on the ship ‘Friendship’ plying the coal trade up and down the perilous east coast from the Newcastle to London2Stamp, Tom and Cordelia. “James Cook Maritime Scientist”. p. 16. Caedmon of Whitby Press. Reprinted 1995. ISBN 0 905355 04 0.. Three years later, Cook enlisted in the Royal Navy. Perhaps, when sailing past Marske and if the weather allowed, he would search out for that familiar hill of Roseberry Topping.

I am sure Cook would not have been fazed by the introduction of the new calendar.