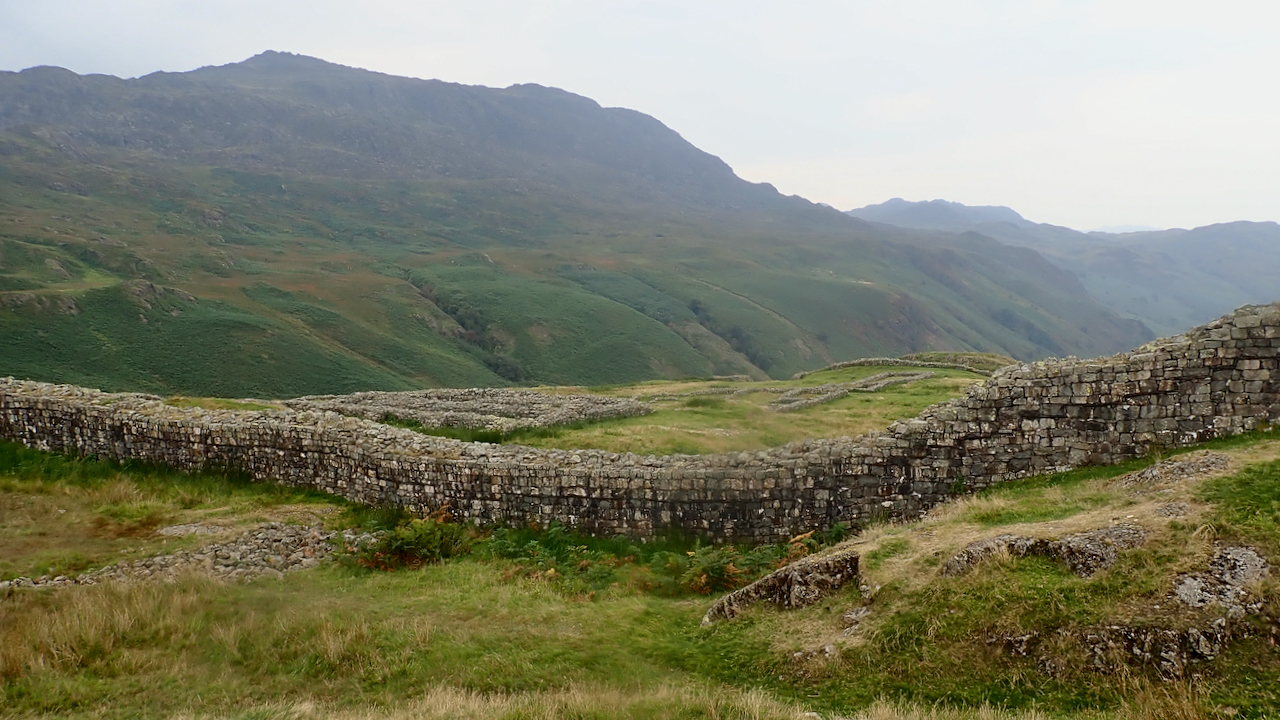 The ‘Cohors IV Delmatarum‘ (4th Cohort of Dalmatae) were tough mountain men from the Adriatic coast of the eastern Mediterranean. It is thought the Roman auxiliary regiment was involved in the invasion of Britain in 43 AD and again suppressing the insurgency led by Boudicca.

Eventually peace descended on the southern half of Britannia but the north continued to be rebellious. By 126 AD, the 480 men of the 4th cohort were stationed on a rocky windswept spur 200m high up in the Lakeland fells, ‘Mediobogdum’ — Hardknott Pass.

Episodic resistance to Roman rule meant they had to maintain a disproportionate number of soldiers, In the 2nd-century, 40-50,000 men were stationed in Britain, over a tenth of the entire Roman army. Mediobogdum guarded the key mountain pass on the supply road from the port of Ravenglass to the fort at Ambleside.

I had visions of photographing the full outline of the 1.2 hectare fort from high up on the overlooking fell of Hard Knott, but with iffy visibility I suddenly lost the enthusiasm to make the climb. Trying to find a good location made me appreciate just how well protected the fort would have been. The walls were at least 6′ 6″ high with a walkway. At each of the corners there were square towers. Life inside the fort would have been concealed to anyone within projectile range.

Inside there are the ruins of the commanding officer’s house, the headquarters building and the granaries. The latter even has the platform entrances where carts were unloaded (but I wonder how they managed to get carts up the steep fellside track). Outside of the fort there are the remains of a heated bathhouse and the parade ground which has been levelled higher on the rocky spur. Presumably the Romans would have made a calculated risk that the fort was vulnerable when the soldiers were on parade.

Two days ago, Eskdale was basking under blue skies and Mediterranean temperatures, the men of Dalmatia would have felt at home. It would be interesting to have been a fly on the wall in their wooden barracks during a wet and cold Lakeland winter.