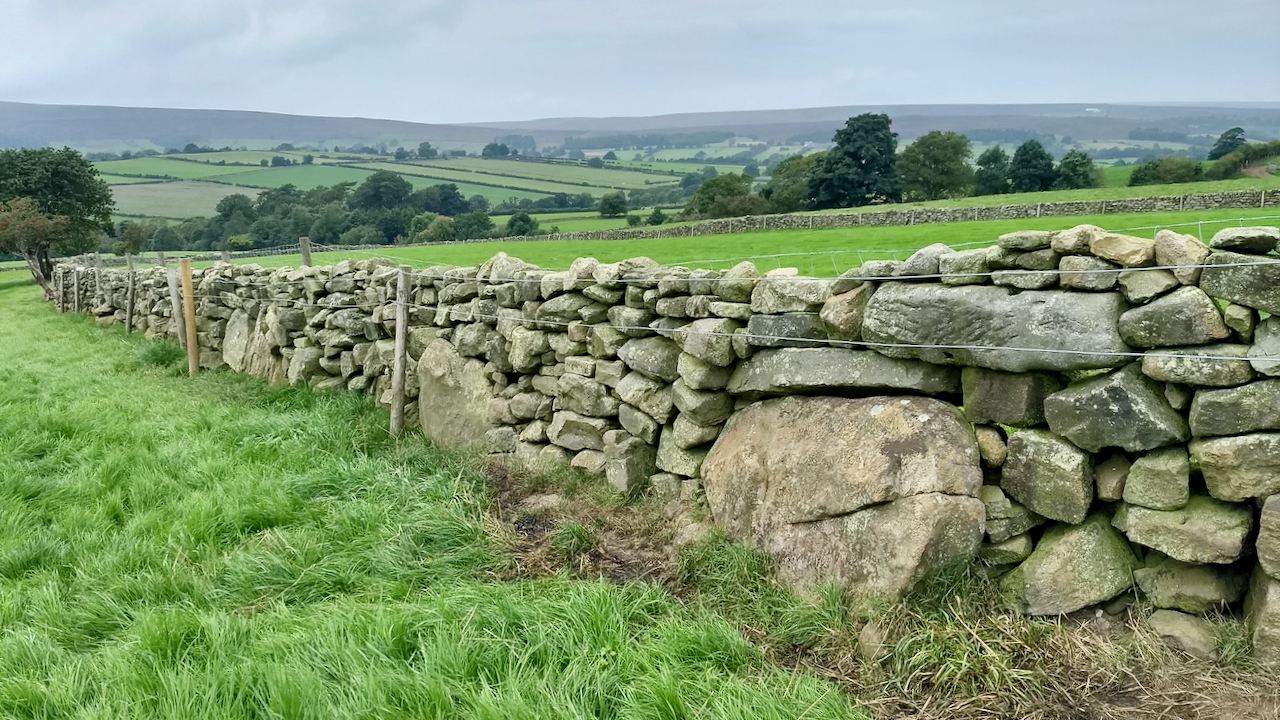 An orthostat, in the true sense of the word, is a large upright stone, think of a standing stone or menhir, but one that has been built into a structure or wall. There’s a few in Stonehenge. However, the term has been applied vernacularly to any huge stones that are built into walls such as this one in Westerdale.

The general opinion is that a wall constructed in this way is of considerable age, possibly even among the first to be built when the early farmers were settling in the dales1“The North York Moors Landscape Heritage”. Edited by D.A.Spratt and B.J.D.Harrison. Pp 129/130. David & Charles. 1989. ISBN 0 7153 934722Cowley, Bill. “Snilesworth”. P 39. Turker Books 1993. When deciding a stock boundary, it seems logical that the largest stones, too big to move or too earth fast would be left in place. Other large stones dragged alongside with smaller stones built on top as the field was cleared.

Of course this is all conjecture, dating evidence is extremely hard to find. Historical surveys and maps suggest that after the 17th-century enclosures all new walls were of the more familiar rough dressed stone and tended to follow straighter lines.