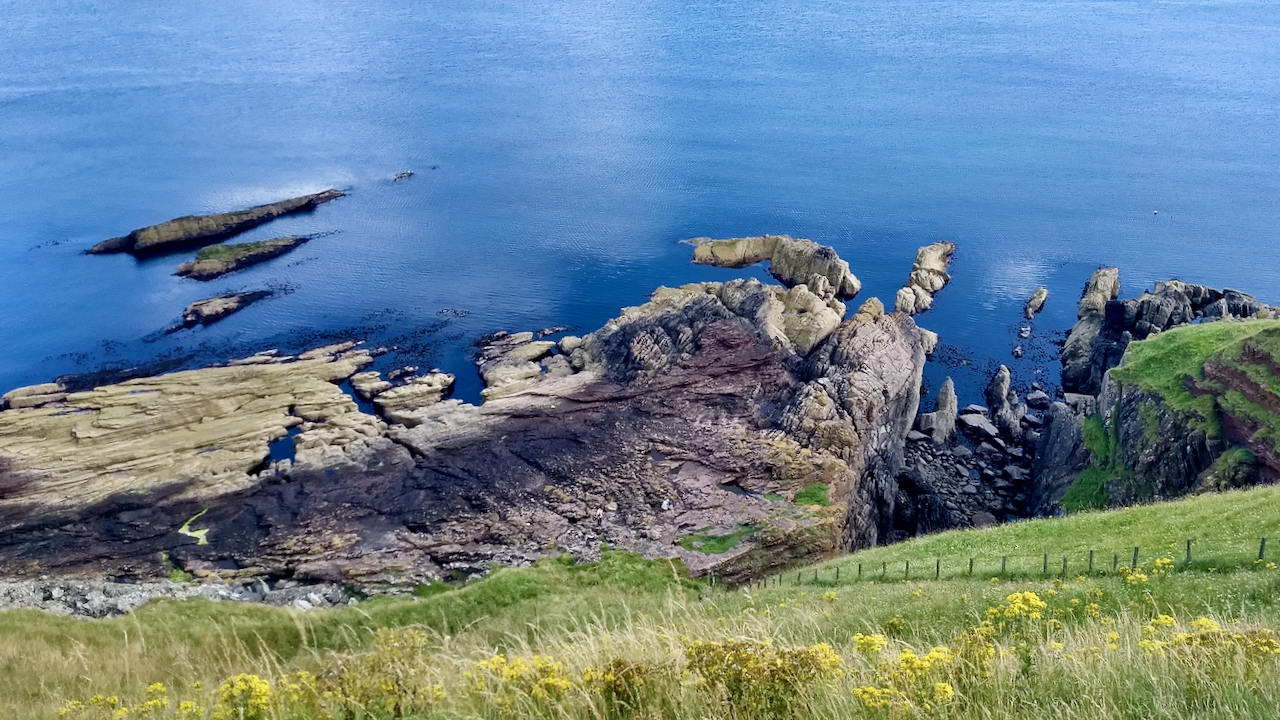 In 1788, 62 year old Dr. James Hutton, physician, merchant, local farmer and self-taught geologist set out by boat for Siccar Point. He was accompanied by his friends, Sir James Hall and John Playfair. Hutton was in search of an ‘unconformity‘ which he thought would prove his revolutionary theory that the earth was millions of years old and not 6,000 as taught by Christian religious thinking at the time.

Hutton was looking for the junction between the vertical layers of greywacke rock and the overlying gently sloping layers of red sandstone.

We now know the greywacke was laid down as sediment on a sea bed about 435 million years ago.  Over eons of upheaval the layer was squashed, concertinaed up like a layer of marzipan and the top crust eroded. During the following ‘small’ period of 65 million years this contorted layer of greywacke was covered by a new layer of riverine sediment , the red sandstone. And then the whole shebang further subjected to erosion and tilting.

James Hutton did not know it but he was looking for the point where the Silurian period ends and the Devonian begins, his ‘unconformity’, and at Siccar Point he found it. Armed with this proof, Hutton went on to publish his scientifically acclaimed book ‘Theory of the Earth’ in two volumes. He became a founder member of the Royal Society of Edinburgh and is now known as ‘The Father of Geology’.