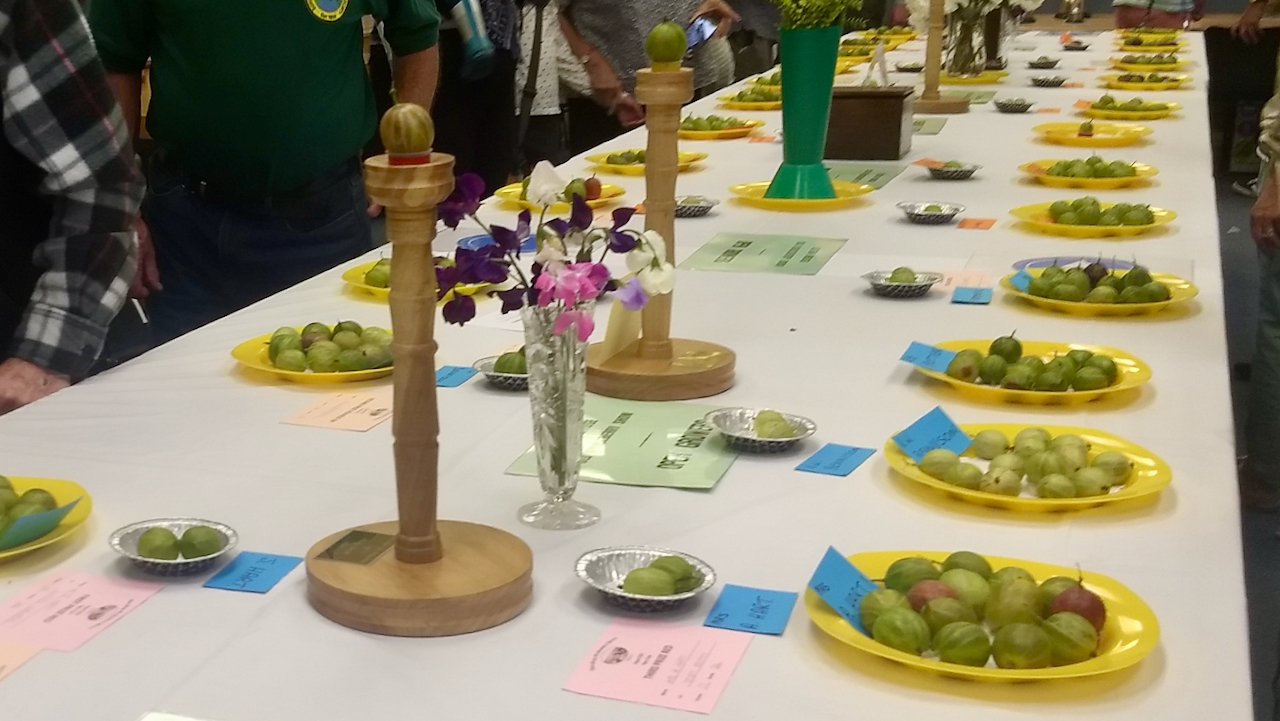 Not even a war has stopped the Egton Bridge Gooseberry Show from being held during this first week in August. Until 2020 came along with the Coronavirus. Every year since 1800, the contestants have dedicated the whole year to the growing of the biggest goosegogs possible.

A one way system operated around the table where the berries were proudly displayed. We joined the slow moving queue. Red berries, white berries, yellow and green. Four berries of different colours, twins, the heaviest twelve and six. And ‘Maiden’ classes (for those who have never won a major prize). In all thirty prizes were up for grabs.

Points are awarded in each class and the exhibitor with most points is the ‘Champion Grower’.

An oil-damped, twin-pan set of scales is used to weigh the berries, apparently in use since 1937. Non of this metric malarkey, drams and grains are used, the Avoirdupois system where 27.34 grains equals 1 dram and 16 drams equals 1 ounce.

In 2019, the world record was smashed with a berry weighing 36 drams and 12.5 grains. This equated to 64.6 grams although for the Guinness Book of  Records a set of digital scales was used recording 64.83 grams.

So who is the ‘Champion Grower’ of 2021? Has the world record been broken again?

Sorry, I failed to take note. I wonder what they would taste like in a crumble with custard?