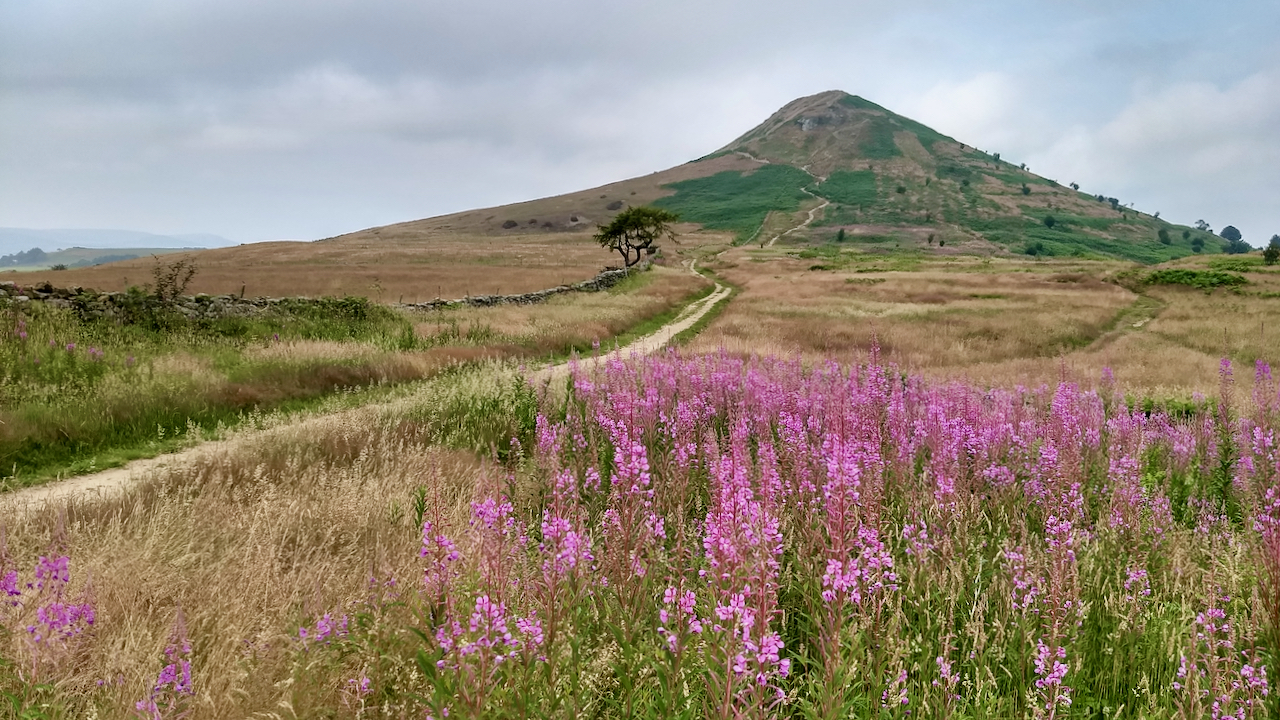 Until the industrial revolution Chamerion angustifolium was a comparatively rare plant of woodland clearings and was often planted in gardens. Since then it has become the most successful coloniser of open land, embankments, waste grounds. I can remember the fluffy seeds being carried along in the draft of a thundering steam train. Each plant produces about 80,000 seeds1Mabey, Richard. “Flora Britannica”. Page 235. Reed International Books Ltd. 1996. ISBN 1 85619 377 2..

Rosebay willow herb is traditionally the first plant to colonise an area of burnt forest as the seeds remain dormant in the soil for years, hence its dialect name ‘fireweed’, but it was the two world wars which supercharged its expansion. During WW1, as a result of large areas of woodland being felled to provide timber for the war effort, and the population exploded.

Then in WW2, Rosebay willow herb flourished on the rubble in bombed cities, gaining new names ‘Bombweed’ and London’s Pride’, covering the scars of war with its bright carmine2FROM A CORRESPONDENT (1949) ‘The Course Of Nature’, Times, 28 Jul, 7, available: https://link-gale-com.ezproxy.is.ed.ac.uk/apps/doc/CS119752956/GDCS?u=ed_itw&sid=bookmark-GDCS&xid=43cb22c0 [accessed 27 Jul 2021]..

One Reply to “Rosebay willow herb”