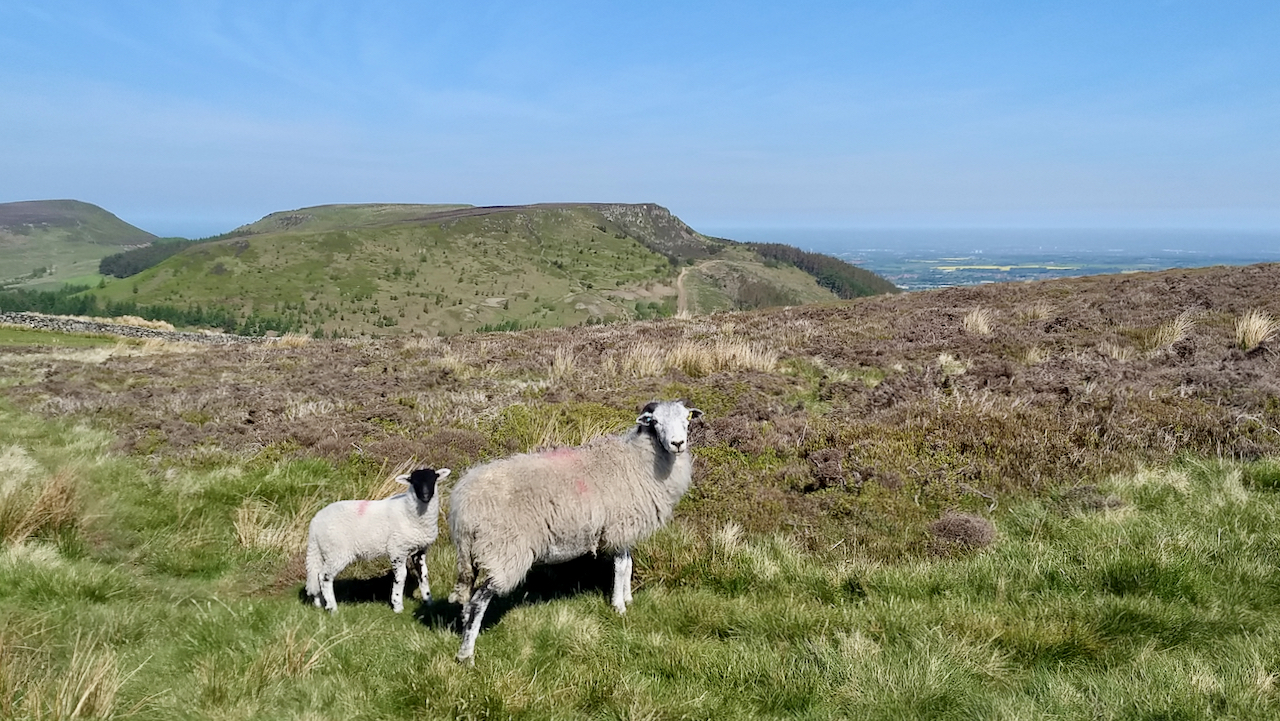 A wary pose for this yow1ewe and her gimmer2female lamb lamb. She looks quite healthy, a bit clarty3messy perhaps around the rear end.

A clarty arse, clogged with urine and faecal matter, can be actually quite a problem for the sheep farmer. It can provide a breeding ground for maggots, a condition known as flystrike. Treatment may involve the physical removal of maggots, cleaning and chemical treatments.

Australian sheep farmers have developed an alternative technique to combat flystrike called ‘mulesing‘ (named after its inventor John W. H. Mules). It’s a surgical procedure, usually carried out without anaesthetic, which involves actually cutting away an area of flesh around a sheep’s crotch. The wound heals leaving a scar tissue on which the fleece doesn’t grow.

The technique is not used in the UK.

It sounds pretty grisly. Perhaps it’s something to bear in mind when faced with a choice of a British or an Australian lamb chop in the supermarket.