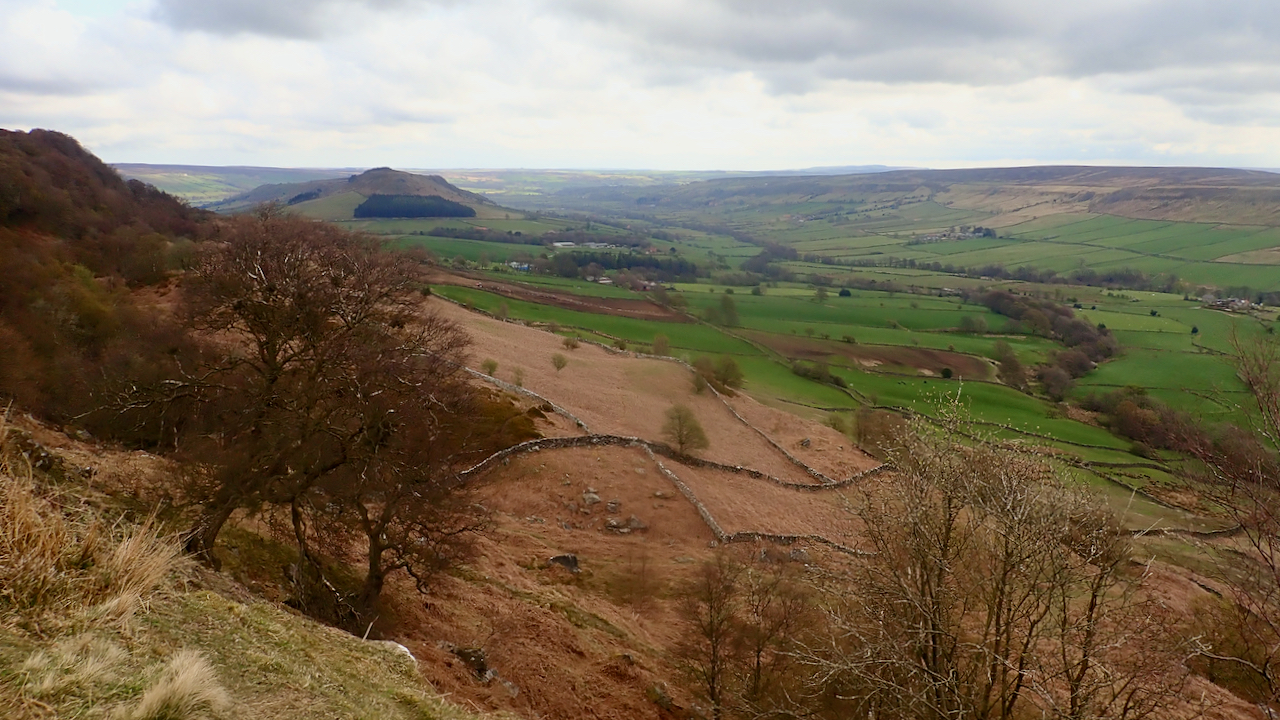 Regular readers will have realised that my latest preoccupation is searching old newspaper archive for snippets of lost history. Great Fryup Dale seems to have been a very untroubled valley – free from murders or unfortunate accidents.

Thomas Robinson, of Fryup, and John Ford Rodgers, publican, of Stonegate, were charged under the Food and Liquor Adulteration Act with having sold adulterated spirits, to wit, gin. Mr Superintendent Ryder stated that on the 22nd of last month he, in company with P.C. Moody visited a booth or tent at Lealholm, where the defendant Thomas Robinson had an occasional license to sell ale and spirits. He, (witness) asked defendant for three glasses of gin, which were brought to him by the waiter, and afterwards he asked for two more glasses, which were also supplied. Witness also visited the house of defendant Rogers at Stonegate, where he also got a similar quantity of gin.

The drinking of gin was once thought of as medicinal, as a cure for gout and indigestion but by the mid-18th-century, it was endemic. In London alone, 10 million gallons of gin were being distilled annually to be sold by barbers, pedlars, grocers and even market-stalls. Supply was plentiful, it was strong and it was cheap. The average annual consumption of gin in London was 14 gallons. A common refrain was that you could get drunk for a penny and dead drunk for tuppence2“Gin, Also Known as Mothers Ruin.” Historic UK, 2017, www.historic-uk.com/CultureUK/Mothers-Ruin/. Accessed 30 Apr. 2021..

However, excessive gin consumption rendered men impotent, and women sterile. It drove them to madness, suicide and death, or led to the debtors’ prison or madness or suicide, but for the poorest it eased hunger. Family life was disrupted with children neglected, and wet nurses giving gin to babies to quieten them. It was the mothers’ ruin.

All this raised concerned within the government. Laws were passed to raise the tax on the liquor and to outlaw the selling of gin to unlicensed premises. But this had the classic effect of creating a black market, and pushing sales underground by ‘bootleggers’.

In 1830, the Government passed the Sale of Beer Act, removing all taxes on beer, and allowing anyone to open a Beer Shop on payment of a two-guinea fee. This finally ended illicit gin production and creating the British tradition of the Public House.

So by 1879, when our two Fryup Dale men are up before the magistrates, the consumption of gin had declined in favour of beer. The newspaper report continues :

— Mr Corner : Was that a special occasion ?
— Mr Ryder: No. The samples which he obtained at each house he forwarded to the public analyst, whose report was that in No. 34 (Rodger’s) the gin was 52.8 under proof, and No. 35 (Robinson’s) 42 per cent. under proof.

The witness[Superintendent Ryder], addressing the Bench, said that when a person asked and paid for a certain article he was entitled to be supplied with it, but here in these cases the article asked for was far beneath proof, and he considered that the parties selling such stuff were committing a gross imposition on the public. People had no right to put money in their pockets by imposing on the public.

Mr Thornton then called witnesses for the defence. Mrs Rogers, wife of the defendant Rogers, declared on her oath that there was a notice hanging up in the room. When the constable and Superintendent went into the room they asked for two glasses of gin, which she supplied to them as got from the merchant. The constable drank his off neat, but Mr Ryder added water to his.

— Mr Thornton : Then the gin was too strong for a the Superintendent ?
— Witness : It seemed so.

The defendant Robinson and his wife were then called, and they both swore that Mr Ryder refused to leave a sample of the liquor he took. The last witness was cross-examined by Mr Ryder to show that she was too far off to hear the conversation, but she became so ill that she had to be removed outside the Court.

After hearing some further evidence the Magistrates decided that a there had been gross adulteration in both cases, and fined Robinson 15s, and Rogers 10s and expenses.

I read this that Robinson and Rodgers were not represented and the prosecution [Thornton] was aware of a requirement to divide the sample leaving half with the defendants.