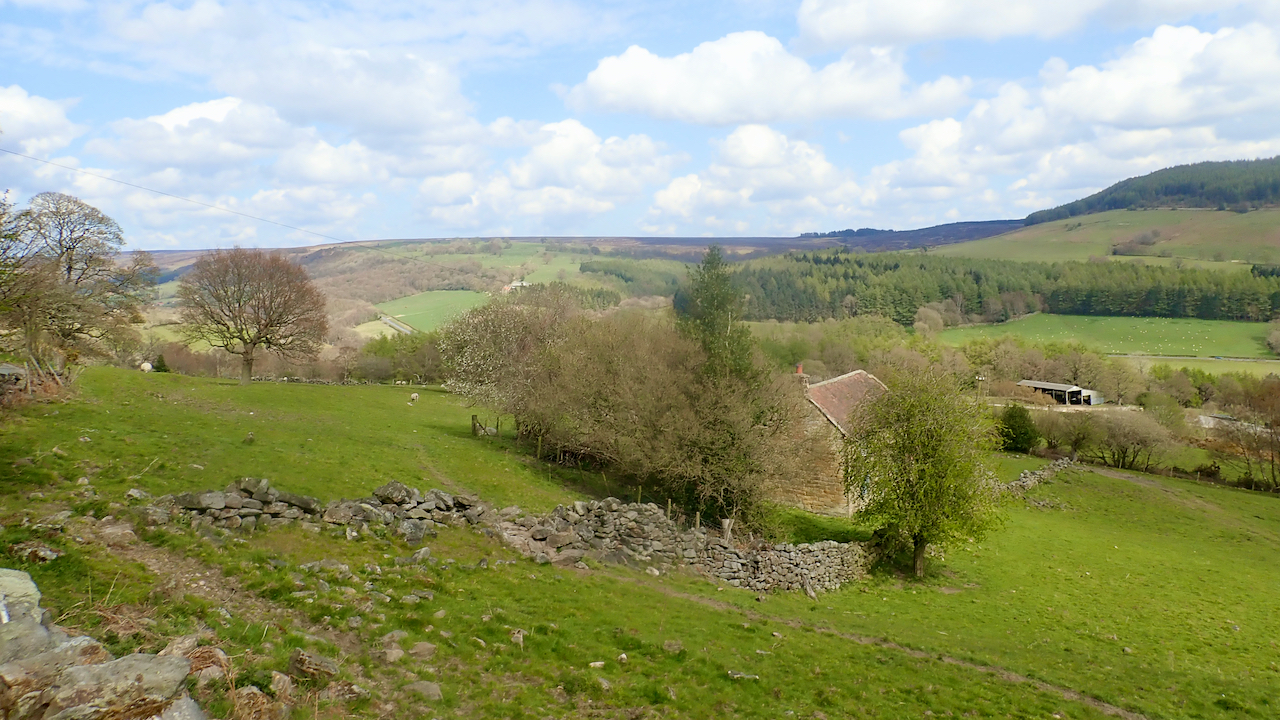 THERE was an old Farmer in Bilsdale did dwell
He had but one Daughter a beauty excell.
And many caming a courting but all to her ruin.
But still she then cryed youll prove my undoing.

The first was a Carpenter his name it was snip
He heard of this damiel away he did skip,
Oh! Madam, love me, for I am a dying .
For you are all thieves and are giving to lying,

The next was a Barber so neat and so trim,
With along powder’d wig hanging down to his bum.
Oh! madam, said he, I’m in hopes to be minded
She of the beau wig and the Barber she blinded,

The next was a Farmer, his cheeks like a rose
And something she admir’d under his cloaths,
He plow’d in her ground and sow’d her good Barley.
Her crop it grew large & she lov’d him most dearly.

Well, maybe it’s not the best song ever written but as Arlo Guthrie once said you need to sing it with feeling.