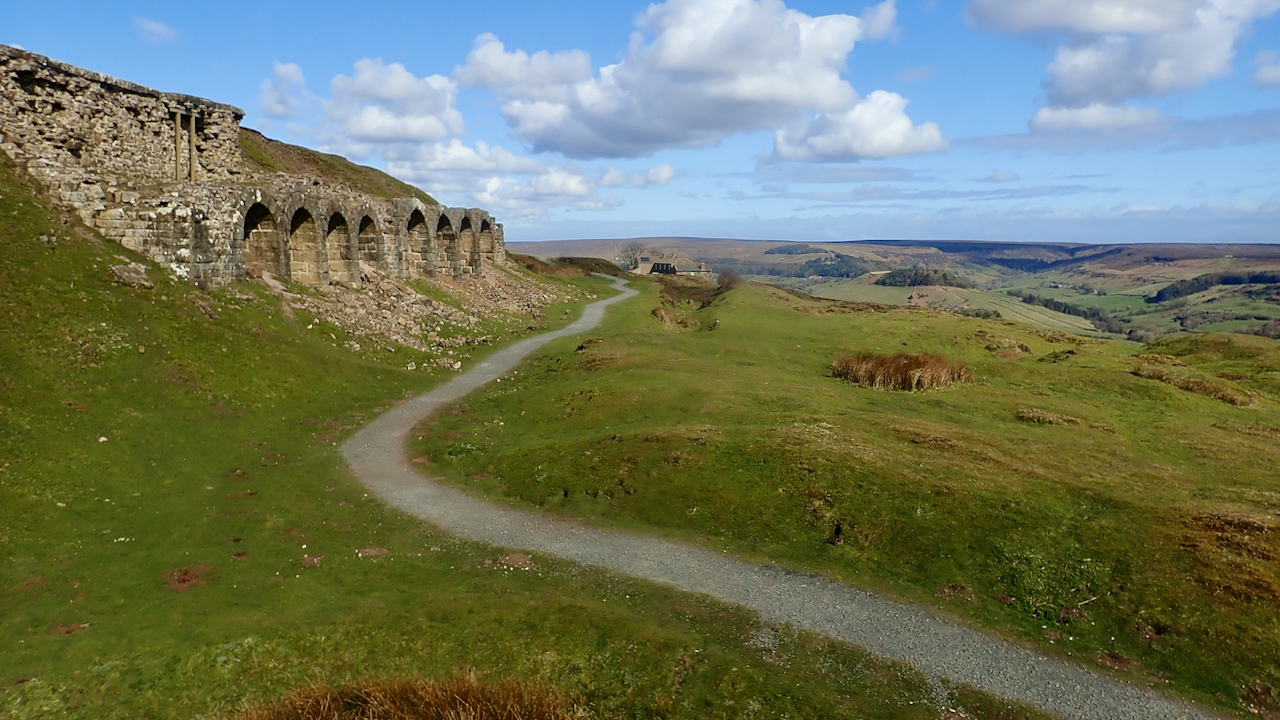 Ironstone has been mined in Rosedale since medieval times, but it was only small scale operations. It was in the mid-19th-century with the discovery of a very high quality seam near Hollins Farm that extraction became more serious.

The mine opened in 1853 with ore being carried down the valley by a pannier train of donkeys to a foundry at Wrelton1“Foundry Farmhouse, Wrelton, North Yorkshire | Educational Images | Historic England.” Historicengland.org.uk, 2012, historicengland.org.uk/services-skills/education/educational-images/foundry-farmhouse-wrelton-7235. Accessed 7 Apr. 2021., near Pickering, and further afield to Whitby.

This method of transportation was limited and by 1861 it was apparent that a railway was needed to fully exploit what was considered to be the most valuable ironstone in Britain.

Within 15 months, an 11½-mile stretch of railway had been built across remote moorland from Battersby to Rosedale via the Ingleby Incline. From Battersby the ore was transported on to the foundries of Consett and Ferryhill.

At the rail terminus, at the top of the steep bank overlooking the village of Rosedale Abbey, a set of calcining kilns were built where the ore was roasted to remove water and carbonic acid gas thereby reducing weight and transportation costs.

The only problem was that the calcining kilns were at a height of about 400′ above the drift entrance to the mine, so a half-mile long incline had to be built to haul up the loaded trucks using a stationary steam engine.

By 1865, mining had commenced on the east side of the valley with a branch railway around the head of the dale.

Hollins mine closed in 1885, but the east mines continued working until 1926.