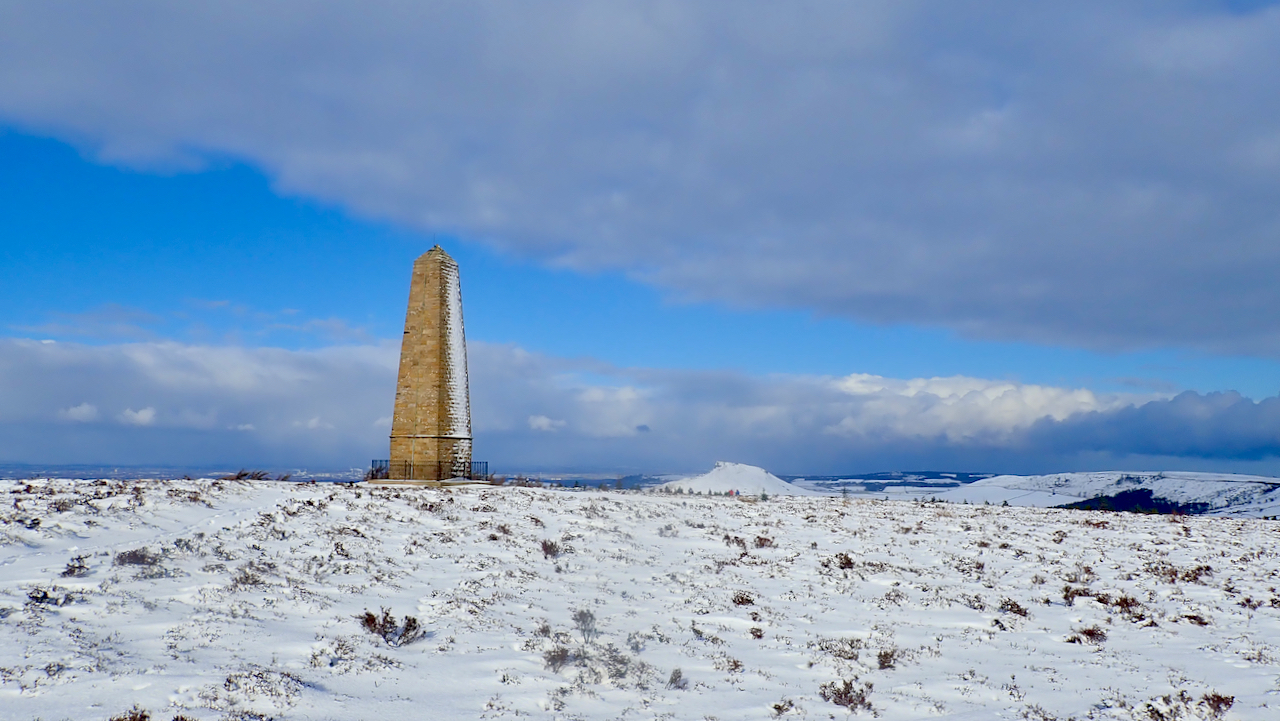 A cracking day on the moors. Breaking virgin snow on Easby Moor, totally on my own, the first time since this pandemic struck.

Upon Easby moor stands a hollow obelisk, erected in memory of Captain Cook, by the late Mr. Campion of Whitby, who tells the captain’s virtues and the times and places of his birth and death on three iron plates, at a length wearisome to read when the cold winds are sweeping over the moor. Desisting when half through the inscription we turned to look toward Ayton, where Cook first went to school, and Marton his birthplace, which lies six miles off in the direction of Middlesbrough – the little thatched house he was born in was (they say) pulled down years ago. The views from Easby moor, as from Rosebury, are fine, and particularly so down the wooded banks of Coates moor into Kildale and along the Cleveland railway by Sleddale beck toward the dale of the river Esk . The latter beck, which rises near Rosebury, and the streams out of Bazedale and Westerdale unite near Castleton and thenceforward take the one name Esk.

Banks mentions that the monument was hollow. It underwent renovation in 1895 when the doorway was blocked up. Interesting that the inscription was once on ‘three iron plates‘.

The monument suffered badly when it was struck by lightning in 1960. Repairs took three months during which a lightning conductor was fitted.