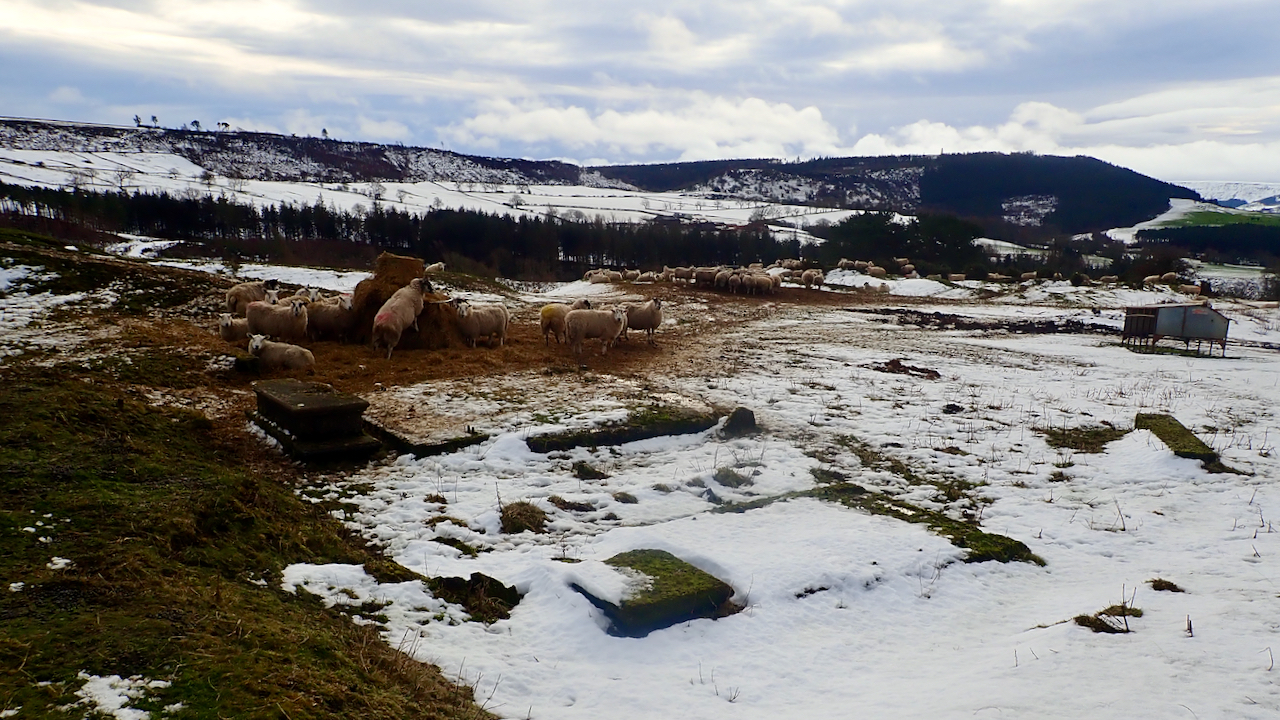 A few concrete bases and plinths are the most obvious remains of the Roseberry Ironstone Mine. One hundred and ten years ago today, the mine was in full production with a workforce of 283 men of which 229 worked underground. One of these underground workers was Dalton Taylor who lived on the High Street in Great Ayton, so his walk to work that morning would have taken him a good half hour, through Hall Fields, across the railway to Aireyholme Farm and up the lane.

It would be a walk that he wouldn’t make again. From The Darlington and Stockton Times:

“A fall of roof occurred at the Roseberry Mines on Saturday, resulting in the death of a miner named Dalton Taylor of High Street, Great Ayton. Deceased was preparing his place in the mine ready for the deputies to put in a baulk of timber when a piece of stone came away from the side, loosening the roof above it. A portion of the roof which fell struck him on the back and shoulders, knocking him down. He was at once removed to the Chaloner Hospital, Guisborough, at which institution he died later in the day. Deceased was a married man, fifty-two years of age.”

A tragic accident. And it would have been a slow and painful journey to the hospital. What the newspaper report fails to comment on is the weather on that fateful Saturday. On Monday,  13 January 1913 the Times Newspaper reported that on January 11, 1913, a sudden snowstorm swept the country with big snowfalls and snowdrifts up to about 10ft in some places.

“Over the weekend the weather throughout the country was of the most wintry description. Snow fell heavily in Central and North England; in Wales, Scotland, and Ireland. It was accompanied in many places by a severe gale, which did much damage to shipping, and caused the loss of a number of lives. On the East Coast the work of the lifeboatmen was done in very trying conditions, but with accustomed devotion and gallantry. The snow storm brought inconvenience and danger to country and town alike. In country districts roads were rendered impassable and in at least two instances occupants of motor-cars were forced to abandon the vehicles and return later to dig them out of the drifts. Railway traffic was also greatly interfered with.”

Along the East Coast, many ships foundered in the storm. From Yarmouth to Aberdeen, vessels were wrecked. The Times reported that at least 11 lives were lost. At Robin Hood’s Bay, the crew from a stricken steamer had to be taken off by throwing a line to the ship from the shore using a rocket. A device invented by Henry Trengrouse.

The Times article finishes by saying no snow fell in London.

Maybe the great storm happened later that night after Dalton had died in hospital, but his wife must have felt utterly devastated and alone when the storm hit.