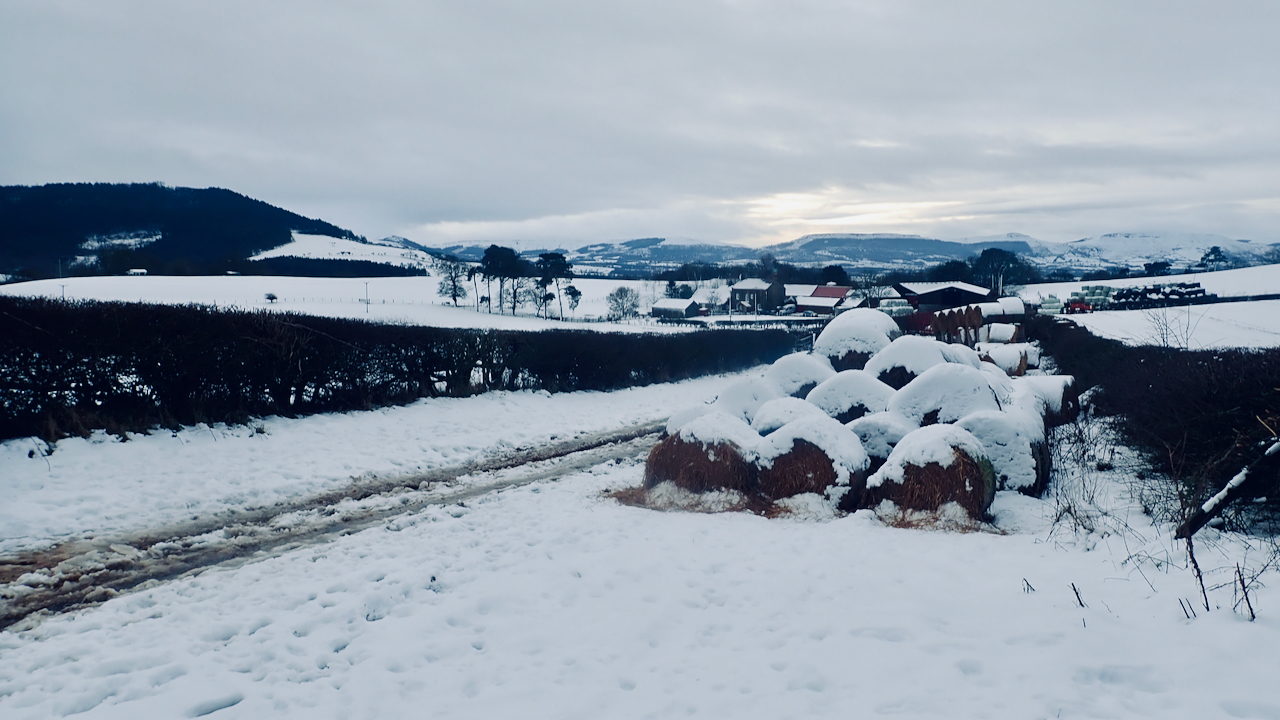 The snow is melting fast but there is still just enough to transform what would be an otherwise lacklustre scene. In the absence of snow, the plastic covered silage bales would dominate, and Aireyholme Lane would be just a non-descript track of broken bricks. Today, it’s a river of meltwater.

Perhaps not a river to rival the Rubicon, although that river in Northern Italy was supposed to be little more than a stream.

But why mention the Rubicon? Well, it’s just my way of linking to today’s irrelevant fact.

For it was on this day in 49 BC, that Julius Caesar crossed the Rubicon and so changed the known world.

Under Roman law, it was forbidden for any general to cross the Rubicon River into Rome with an army, and Caesar did cross it with five thousand of his men. It was an act of treason and an act that would lead to the end of the Roman Republic and the beginning of the Roman Empire. Perhaps one most pivotal events in ancient history.

Caesar was an immensely popular general with the people of Rome and was considered a threat to Pompey, who held the power in the Senate and hence in Rome. Pompey had ordered Caesar to disband his army or risk being declared an enemy of the State. Caesar ignored this order and crossed the Rubicon, uttering the phrase ‘alea iacta est‘ which translates as the die is cast. The Roman Republic was thrust into a bloody civil war.

In modern usage, the phrase ‘crossing the Rubicon’ means a commitment to a risky course of action of which there is no possiblity of retreat. I won’t state the obvious.