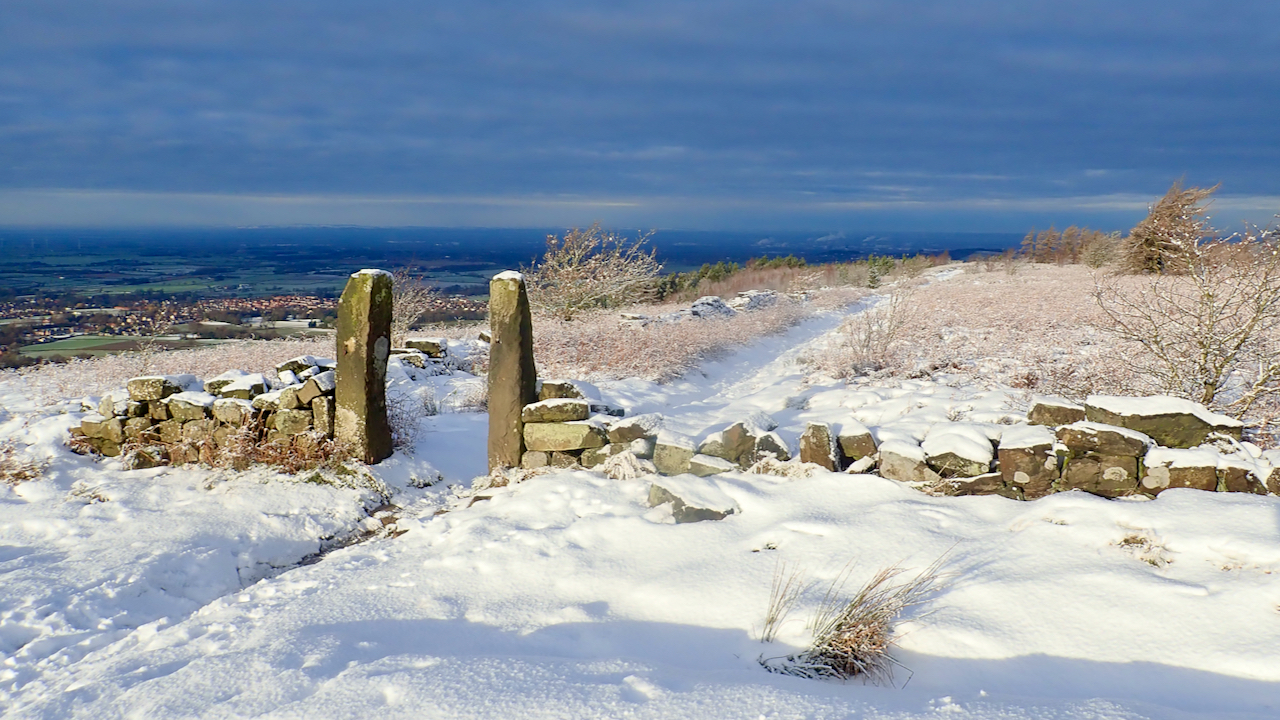 I was torn whether to post today a nature photo, of a Robin, or a landscape of the snow. Bird photos are for me hard to come by, I just haven’t the patience. On the other hand, I may not be able to replicate the photo of a well-known pair of gate posts on Easby Bank tomorrow. It’s unlikely the lighting and snow will be the same and besides, the forecast tomorrow is dire.

And the winner is … the snowy gateposts. But I’ll include the Robin as well as a smaller image, it leads me on to an old proverb I remember:

“Tales of Robin Hood are good enough for fools.”

But more of that later. The Robin is one of the few birds to sing almost the entire year-round, It has a melodious song, loud and proud, saying ‘this is my patch, keep away’. Unlike most other birds the female sings as well.

The Robin is famous for his red breast, indeed it’s often affectionately called Robin redbreast. But is it red? With a closer look, it is actually orange but the word ‘orange’ wasn’t in use until the 16th-century by which time the Robin had already acquired its redbreast moniker.

But what of Robin Hood? Only a lingual connection to the bird, I confess. The proverb means:

“… many talk of things which they have no skill in, or experience of.”

Which is the ‘explication’ from “A Collection of English Proverbs” of 1670, the earliest reference I could find.

An apt proverb that could be used today to describe the swarm of media pundits, self-proclaimed experts in everything from epidemiology, climatology, economics, statistics to any science currently in the headlines.