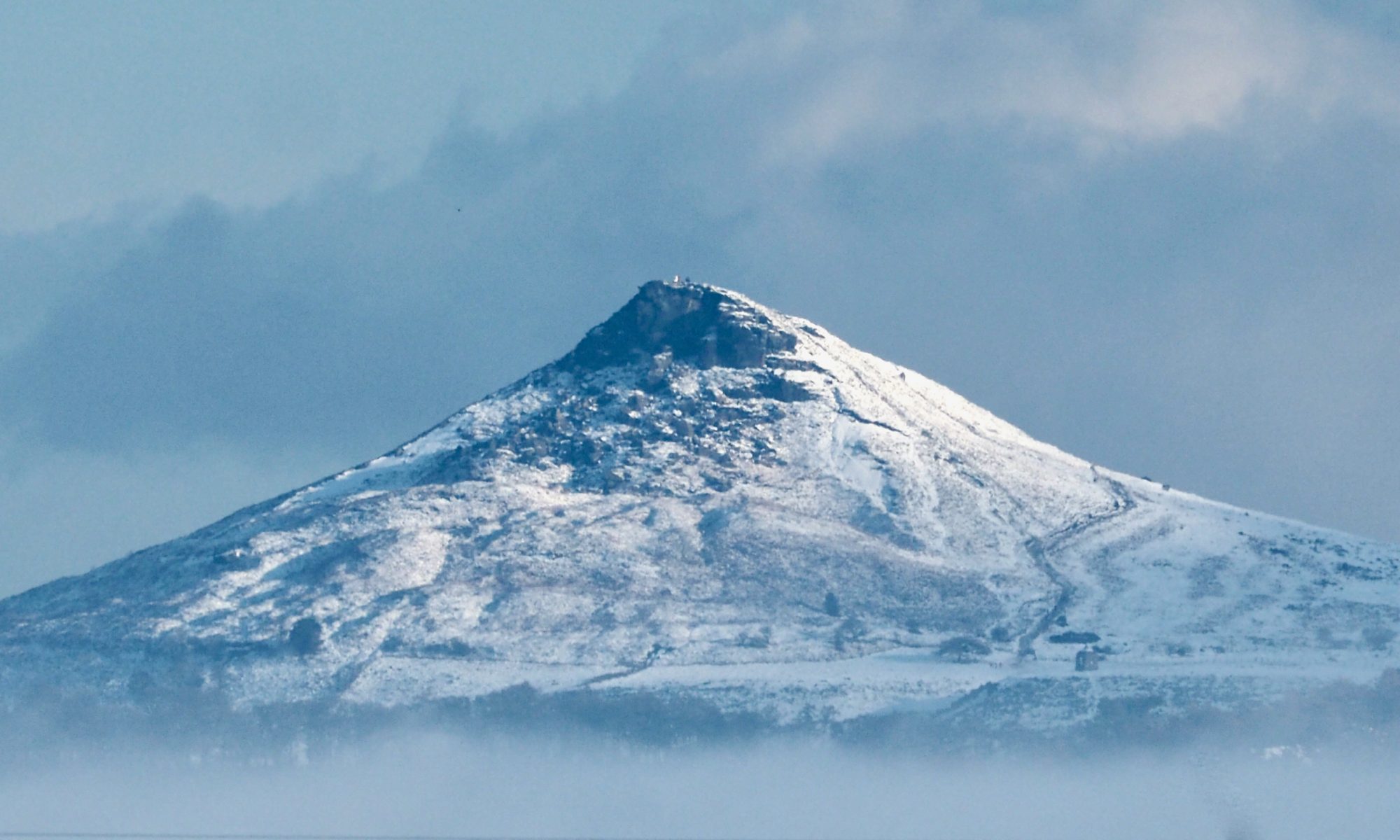 My first thought when I saw Roseberry Topping looking resplendent in a shaft of winter sun was of the Japanese mountain. We were driving along the A172 back towards Stokesley after a wet and splodgy walk on Scarth Wood Moor. Around the foot, a bank of cloud smothered the village of Great Ayton. A temperature inversion?

A completely unrelated fact for today is that 3rd January 1888 was the birthday of Clement Attlee, the leader of the Labour Party for twenty years and Prime Minister from 1945 to 1951. He has been called “the greatest Prime Minister of the 20th century” and admired by both Margaret Thatcher and Winston Churchill.

It was under Churchill that Atlee was appointed Deputy Prime Minister in the wartime coalition government. He then led the Labour Party to a landslide election victory over Churchill’s Conservative Party in 1945. His government undertook the nationalisation of major industries and public utilities, created the National Health Service, and set about the decolonisation of a large part of the British Empire when India, Pakistan, Burma, Ceylon and Jordan were granted independence.

I found one quote of his which has a particular resonance to today:

“Labour has nothing to gain by dwelling in the past. Nor do I think we can impress the nation by adopting a futile left-wingism. I regard myself as Left of Centre which is where a Party Leader ought to be. It is no use asking, ‘What would Keir Hardie have done?’ We must have at the top men brought up in the present age, not, as I was, in the Victorian Age.”