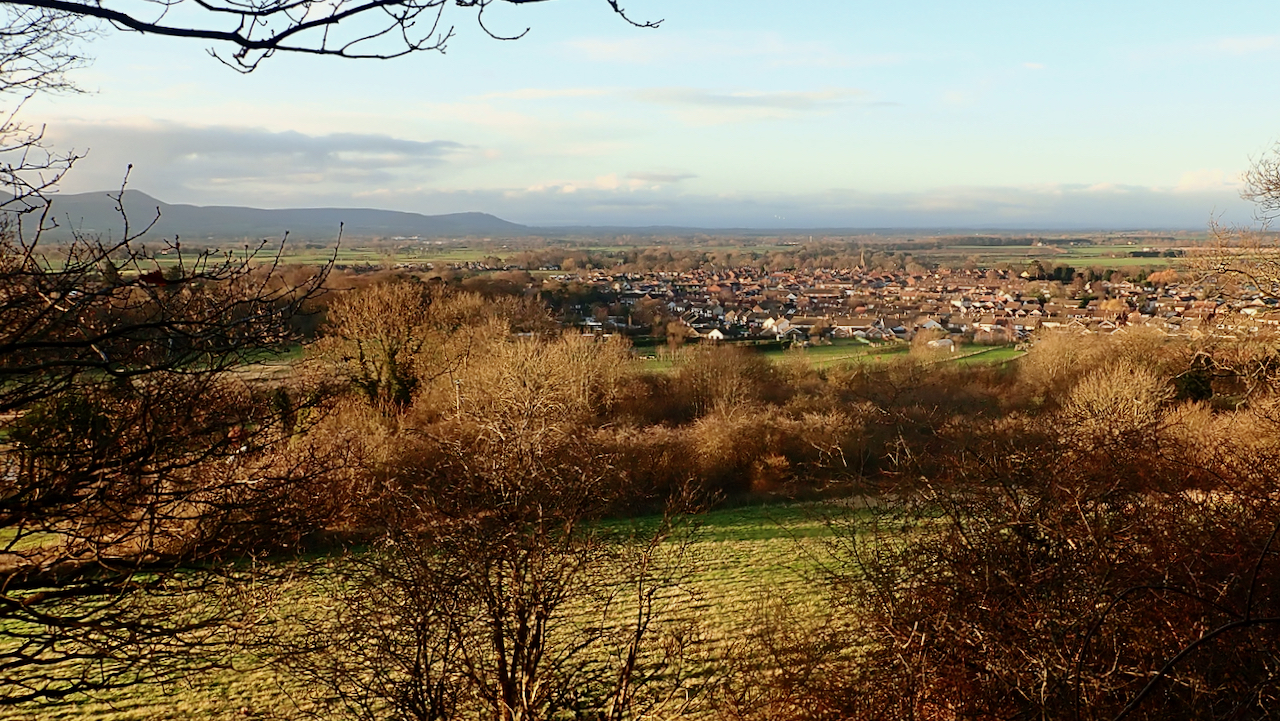 The sun was being a bit elusive this morning, remaining hidden behind a bank of cloud until I was almost home. A gap through the trees provided this view of the still sleepy village.

Tomorrow is the Winter Solstice or Yule, the old pagan celebration. Which means that today, the Sunday before Yule is Byanna’s Sunday.

And far away north in the Shetland Isles, on Byanna’s Sunday is celebrated a peculiar custom. For a special meal would be prepared this day consisting of ‘brose‘ or oatmeal porridge made from fat skimmed from the water of a boiled cow’s head. Afterwards, the skull would be carefully cleaned of all flesh and gristle. Then, on Yule morning, a lighted candle would be placed into each eye socket.

Also on these islands, it was thought that trows, or mischievous spirits of the family’s ancestors, were out and about during Yule and as trows were supposed to despise untidiness, by the eve of Yule, houses had to be all spick and span. Even family members had to thoroughly wash themselves on Yule Eve when “three living coals were dropped into the water, less the trows take the power o’ the feet or hands“. They had to then dress in fresh clean clothes. Before retiring for the night, a burning candle would be placed in the window.

Preparing for Yule must have been a busy time for the islanders but it would not be complete without baking the Yule cakes, round oatcakes with pinch marks and a hole in the centre symbolising the sun to celebrate its rebirth.

These customs are traditional to Orkney and the Shetland Isles but they probably would have been fairly typical to those celebrated throughout pagan Northern Europe prior to the advent of Christianity to mark the turning point of winter.