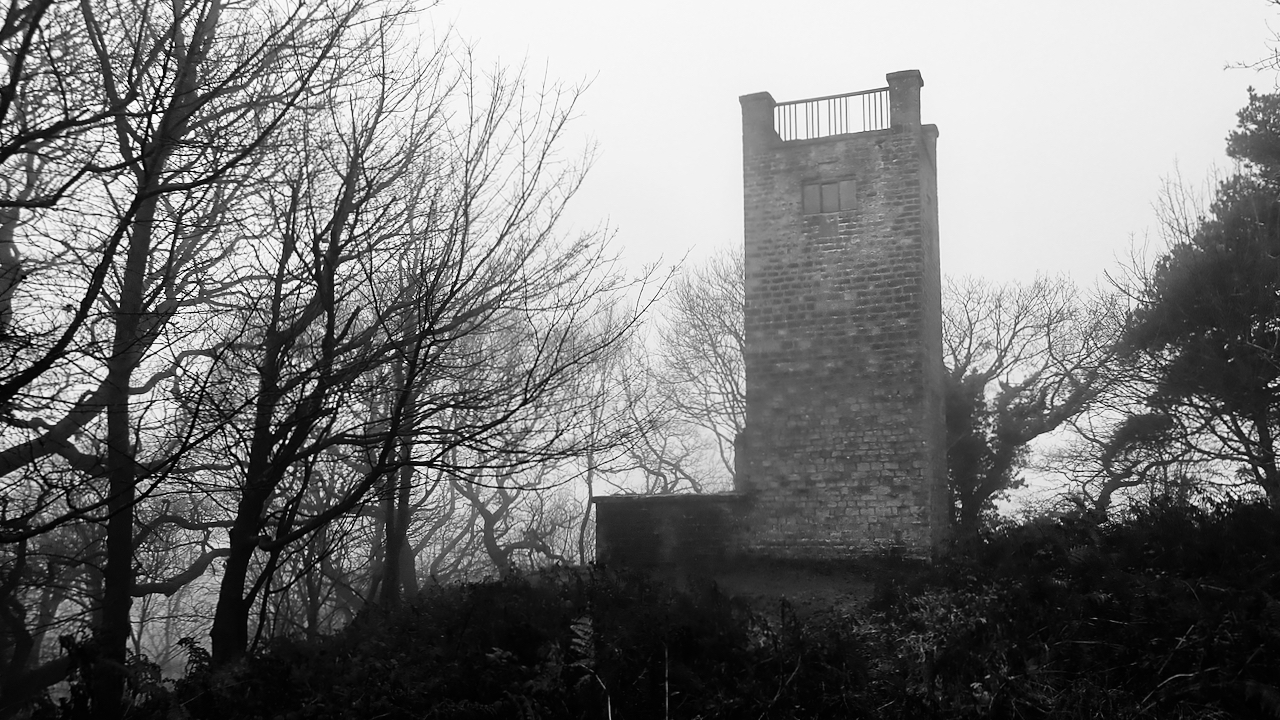 To modern ears, the word ‘observatory’ is associated with telescopes and distant stars but the Mount Snever Observatory was built with the intention of viewing nature in all its glory.

The 35 feet high belvedere tower is a somewhat austere structure, built in 1838 by John Wormald of Oldstead Hall to commemorate Queen Victoria’s coronation in the previous year. It is also used as a place of refreshment for shooting parties.

It’s a little disappointing when you get here. Especially on a day when low cloud limits any view over the Vale of York. A view which would, in any case, be almost obstructed by the trees. There is no access to the tower, even to the platform in front of the door.

An inscription over the door reads:

Here hills and waving groves a scene display
And part admit and part exclude the day
See rich industry smiling on the plains
And peace and plenty tell VICTORIA reigns!
Happy the MAN who to these shades retires
Whom NATURE charms and whom the muse inspires
Who wandering thoughtful in this silent wood
Attends the duties of the wise and good
To observe a mean, be to himself a friend
To follow NATURE and regard his end.

Wormald was described as timber merchant but seems to have invested his money into banking and the new railway companies.