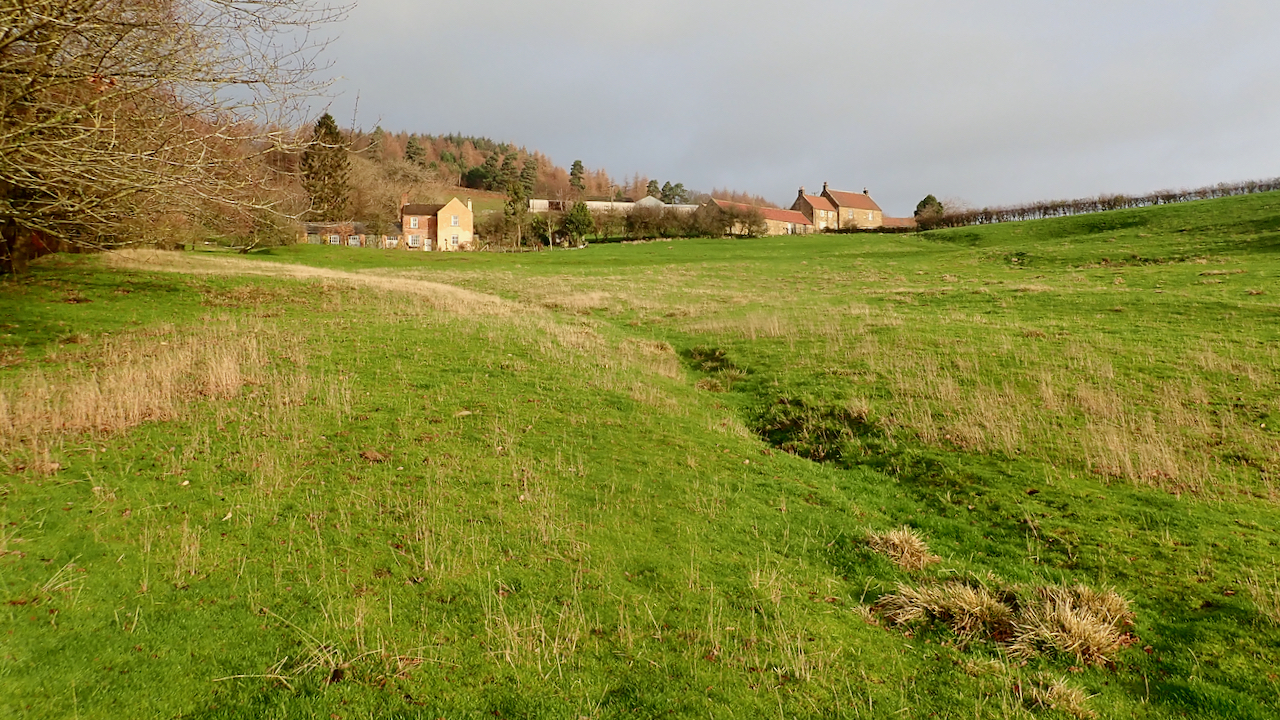 A bit of a ‘lucky dip’ walk today. Generally dull and gloomy, with the occasional brief sunny spell.

One such spell occurred when I was climbing out of Kildale towards Capt. Cook’s Monument on the Cleveland Way. Above the pasture field known as Ley Close, Bankside Farm and its neighbour Bankside Cottage reflected the apricity.

Bankside Cottage is the newer building, the former manager’s house and workshop for the Coate Moor Ironstone Mine, the drift entrance of which was just out of shot on the left. The company was formed in 1872 by three investors from London. 600 acres had been leased to exploit the ironstone seams. Immediately below the cottage, a narrow-gauge railway gently descended following the contours to link up with the North Eastern Railway just east of Kildale. The venture lasted about three years when bankruptcy forced repossession by the Kildale Estate.

By contrast, Bankside Farm has had a more stable existence. It probably dates from the 18th-century. When the Kildale Estate was put up for sale by Sir Charles Turner of Kirkleatham in 1806, its

“SEVERAL FARMS WITH SUITABLE DWELLING HOUSES, BARNS & OUT-BUILDINGS,
And Let to respectable Tenants at Will at very Low Rents”

were listed in the Sales Particulars. Now I’m not sure if “very low rents” is a good sales pitch but one of those listed was Bankside Farm in the occupation of Thomas Skeene who paid £190 per annum for his 230 acres. This was the Estate’s third most valuable farm, only beaten by those closer to the village.
[Ref010]