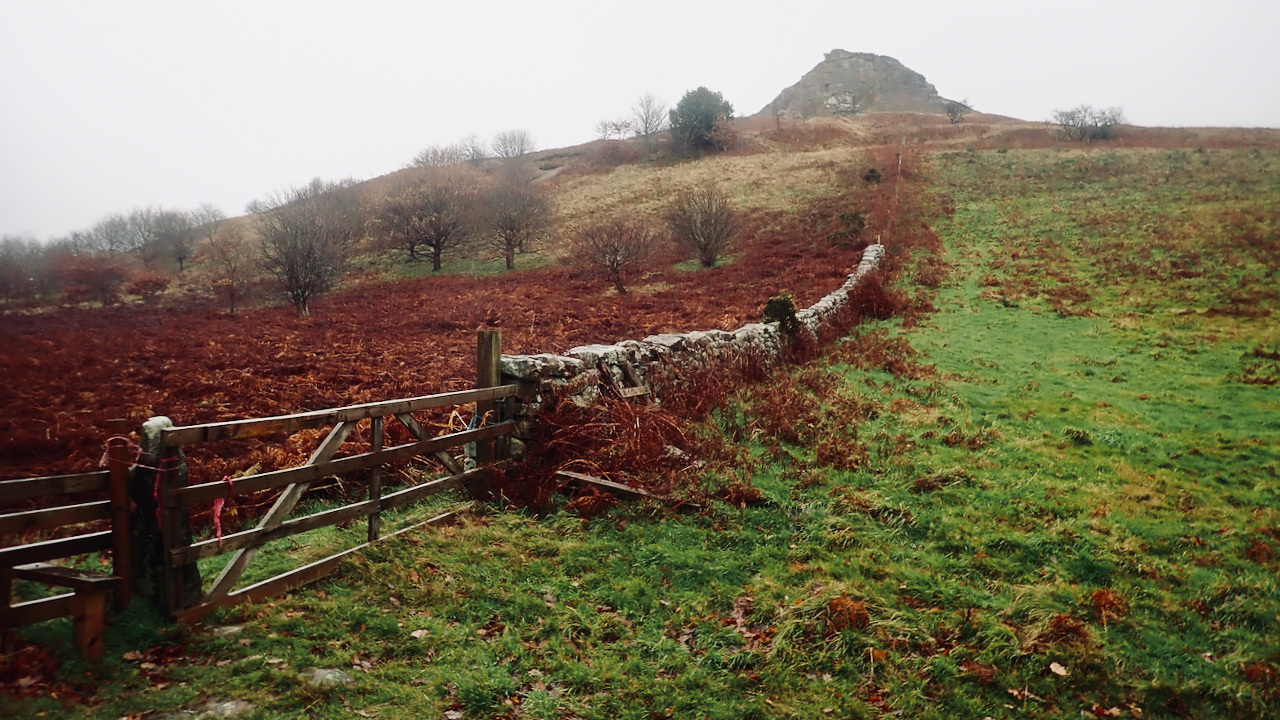 FaceBook is buzzing. The local BBC has reported that “while part [of Roseberry Topping] is in Redcar and Cleveland, subject to the tier three restrictions, its peak is in Hambleton in tier two” and folk have really got themselves into a tizzy.

Now, this was just up my street and an excuse to find a photo for today’s featured image.

The media reports give no justification for their claim other than an extract from the Ordnance Survey 1:25,000 map. But as I see it, the district and county boundary follows this wall in the featured image making a beeline for the summit then east to pick up the wall across the col on Roseberry Common and up to Little Roseberry. So the bracken side of this wall is in Redcar & Cleveland, tier 3, and the grass side is Hambleton, tier 2.

But the BBC’s assertion did leave me wondering if this is correct. I thought the Ordnance Survey may not have necessarily installed their triangulation pillar exactly on the boundary, which would, in the 1930s, have been the parish boundary between Newton and Great Ayton. Furthermore, the wall in the featured image above continued all the way to the summit but was obliterated in the 1912 land slump, which resulted in the crag we know today. Who’s to say the original high point has not ended up amongst the jumble of rocks at the base of the crag.

Another spanner in the works, not apparently picked up by media, is the question of land ownership, which generally followed ecclesiastical or civil parish boundaries. In the Great Ayton Community Archaeology Project’s excellent book, “Roseberry Topping”, I read that when the National Trust acquired the Newton side: Roseberry Common and the northern slope of the hill in 1984, it was accepted that the actual summit was owned by The Cleveland Lodge Estate along with the southeastern slope. In 1988, Lady Fry, now a widow and the owner of the Cleveland Lodge Estate, was becoming aggrieved at the public wandering all over her side of the hill, everyone presuming that the National Trust owned the whole hill. She put up with it for another nine years before finally donating the summit and the southeastern slope to the Trust in 1997.

So there you have it, after wild hysteria on FaceBook, I have learned a new nuance about this iconic local landmark, that the trig point is wholely in North Yorkshire.

I just wonder if the solitary fence post on the summit is part of the original boundary.

One Reply to “Roseberry and the Covid tiers”