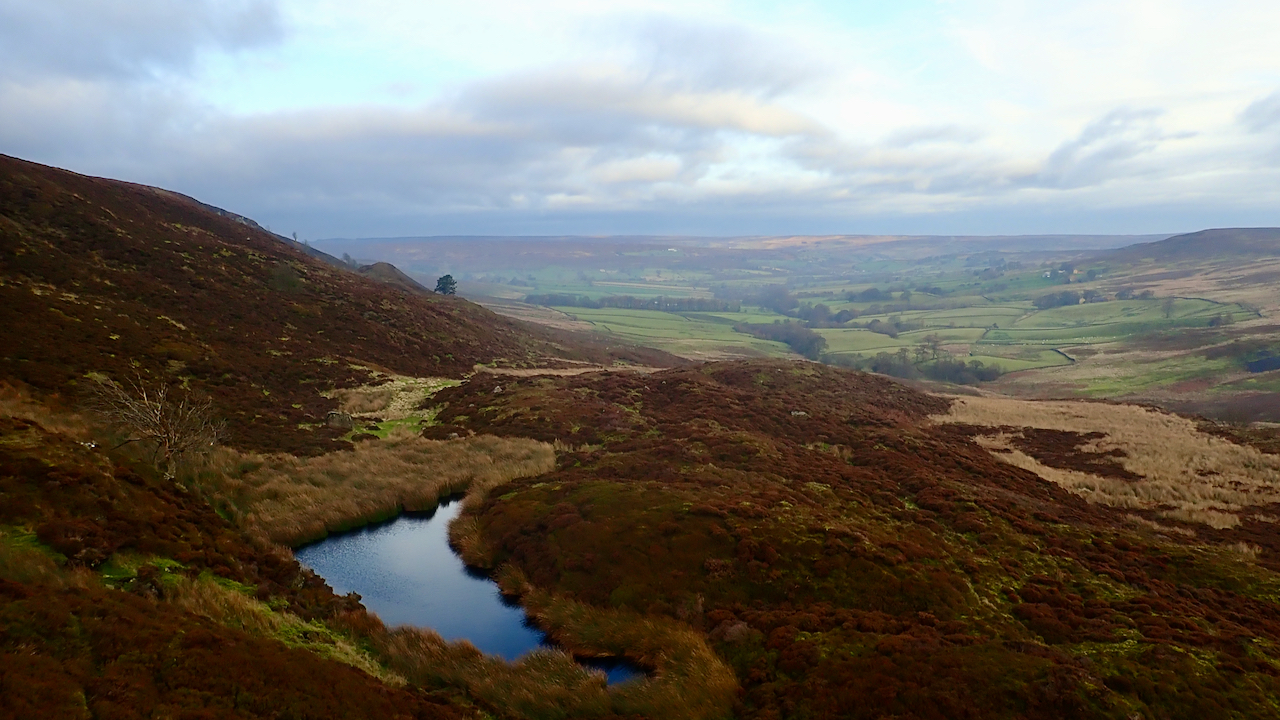 I never know what’s the proper name for this dale. It’s the dale of Tower Beck which becomes Whyett Beck before its confluence with the River Esk which takes the name Westerdale up to the river’s source in the Esklets.

Yet if you follow Tower Beck upstream to its source just below Young Ralph Cross you come to, wait for it, Westerdale Head.

One thing that is worth noting, Dale End Farm, the highest farm in the dale was, in the 18th-century recorded as Trowsdale End Farm. This first element of ‘Trow’ is pretty similar to Tower of the beck. Right letters, wrong order. Coincidence?

It’s the first time I have been into the head of this dale. Many times have I driven up the road from Westerdale village or along Castleton Rigg to Rosedale Head but never ventured into the depths between. Depths which are devoid of any Public Rights of Way and so not easy to traverse.

I had gone to suss out this pond. A lovely little pond, clear water but alas not very deep. I could see the bottom. No discernible inflow with just a marshy outflow, so probably spring fed. It’s in a hollow behind what is certainly a land slump. This west side of the dale is very broken and complex, reminding me of Great Fryup Dale. A line of broken crags overlooking an area of humps and bumps which the Rev. Canon Atkinson says of Great Fryup Dale is an undercliff, formed by wave action when a glacial lake filled Eskdale and its side valleys. This must be another example of the same phenomena. The tops of the crags are about the same height, 350m asl. and similar erosion on the west side which might be explained by a combination of the prevailing wave action and the incline of the underlying rock strata.

Another thing which is intriguing me about this area is the name given on the map: Otter Hills, a name I know from another complex area near Turkey Nab although the complexity there derives from jet working. It’s not an uncommon name, there are Otter Hills in Rosedale and Sleightholm Dale to the south of Bransdale. The temptation is that the name derives from the Old English ‘Oter‘ for the aquatic mammal but this was also a personal name which seems a likelier root as I can’t imagine this being good terrain for otters.