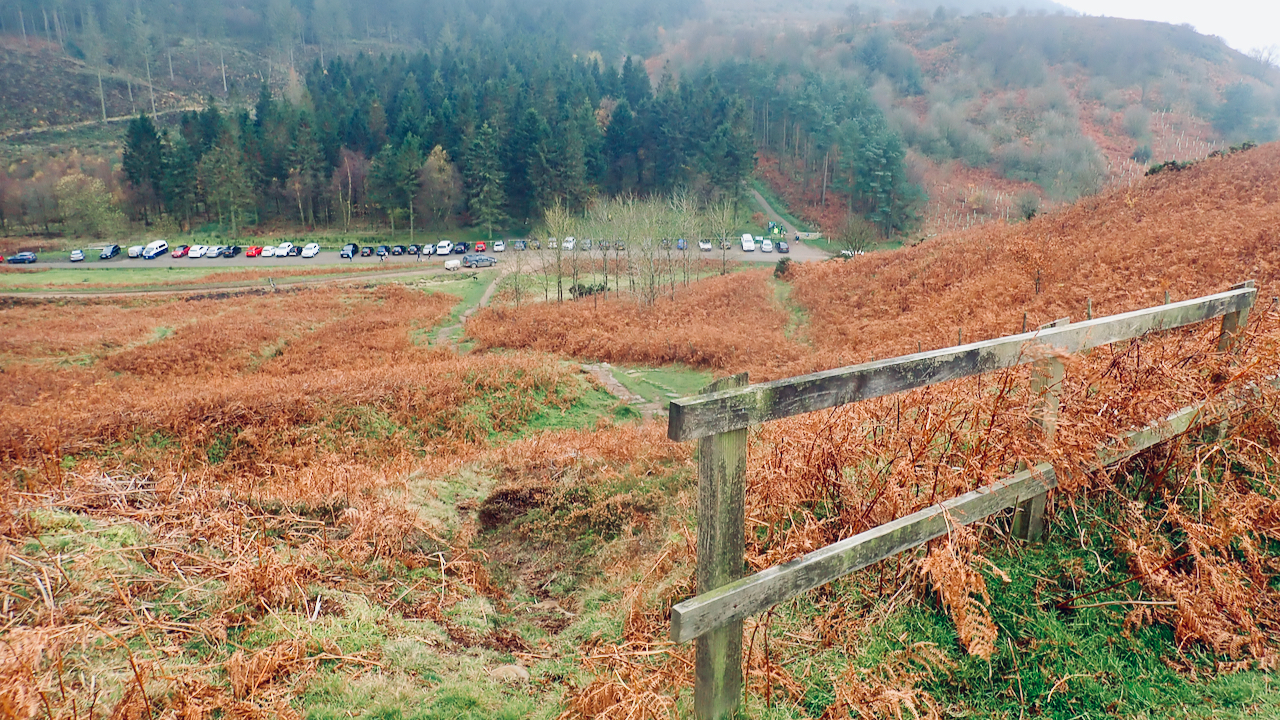 It’s 10:30 on a dreich Saturday morning. Cloud base is about 270m, Roseberry Topping wears a cap, there’s a brisk wind, and it’s mizzling, that light, fine, mist-like rain that nevertheless slowly wets you through.

And Gribdale car park is full. Only the odd space remaining. This year, the first lockdown saw a step-change in the number of visitors. For many, discovering the Moors for the first time, appreciating the benefit being in the outdoors could bring for their health and continuing to exercise, throughout the summer.

It does seem this second lockdown has begun with another such step-change.

While this is in itself a good thing, it does bring problems. The associated litter is undeniable. Honey pot car parks, like Gribdale and Roseberry, are quickly full to capacity. This week, the National Trust for Scotland have reported an increase in damage due to high visitor numbers to mountain paths during the coronavirus crisis.

Apparently, the annual number of walkers climbing Ben Lomond is usually between 45,000 and 60,000 walkers, but by mid-October, recording devices have already registered 70,000 and at peak times, post-lockdown visitors are indicating twice as many as in 2019. At Ben Lawers, the situation is similar with monthly figures more than double those seen last year.

This doubling of visitors, compounded with social distancing ‘compelling’ people to step off the paths, is causing serious erosion. New routes have been trodden or ridden which are susceptible to rainwater runoff erosion.

There are visitor recording devices secreted at the foot of Roseberry but I am not aware of any figures available yet. Like Scotland, I expect they will show a significant increase. It’s perhaps too early to tell if we have any erosion issues. A major problem for us during the first lockdown was late-night parties and BBQs. Fortunately, this time of the year the weather is not so conducive and these are not a problem, but general littering still is, the ubiquitous plastic water bottles and doggie bags. Even biodegradable things like banana skins and orange peel are unsightly but could have a negative effect on the ecosystem.

2 Replies to “Saturday morning in Gribdale”