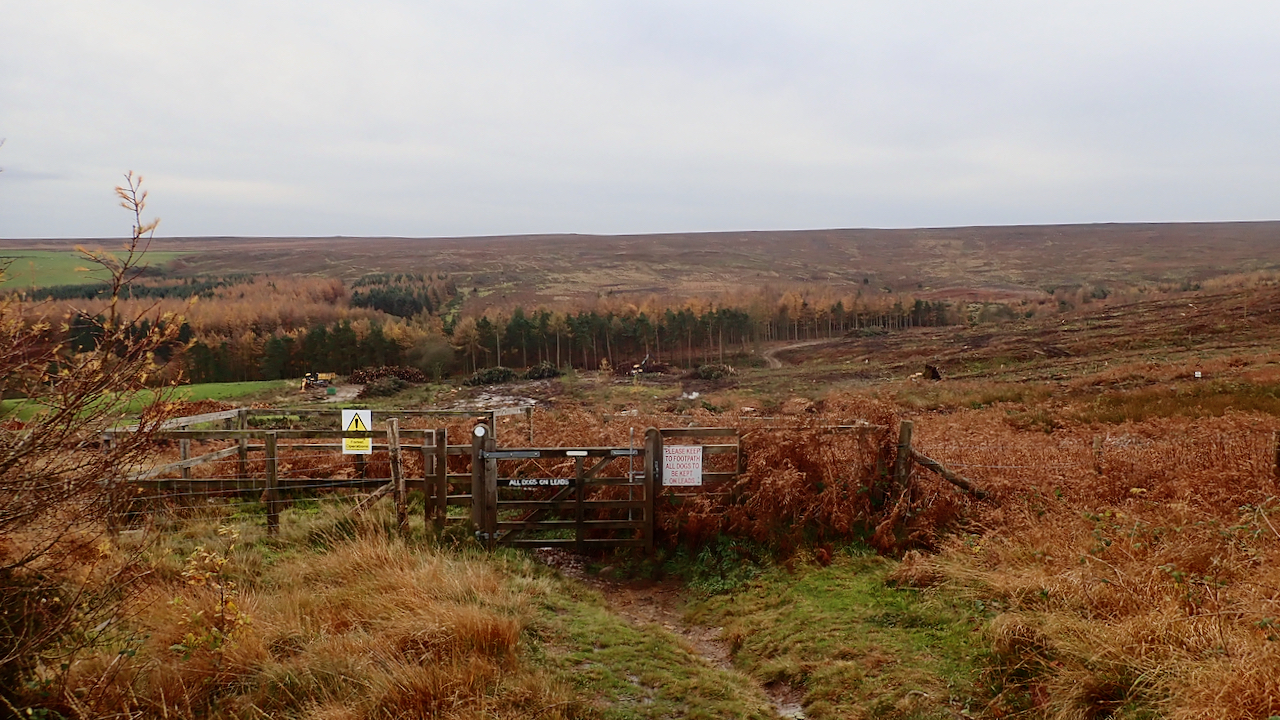 Gone but not forgotten.

Felling is ongoing but already the view is already dramatically changed. I feel a sense of sadness. Commercial coniferous plantations are not the most diverse of environments yet I’ve always had an affection for Westworth Plantation. It was on one of my training circuits when I lived in Guisborough and one of the better forests of the North York Moors, usually thick with brambles and bracken. I remember Westworth as open with little undergrowth enabling straight-line runs on a compass bearing. Although not very big, it’s been used for a few orienteering events; but not this century.

Although the larch currently being extracted are, I guess, a mere 60-70 years old, Westworth has long been a ‘forest’, that is a private hunting reserve. A late-13th-century document refers to ‘Westwith Chace’ where Peter de Brus, 4th Lord of Skelton, who still retained the hunting rights although the land had been granted to Gisborough Priory over a century earlier by his grandfather, Adam de Brus, the 2nd Lord of Skelton, agreed with the Prior that:

“If the dogs of the Prior cross the boundaries following a beast into the forest of Peter, whether they take the beast or not, they shall be recalled by mouth or horn if possible, and shall be captured without detriment and restored without delay. If the men of the Prior follow the dog’s into Peter’s forest they shall make amends according to the custom of the forest”.

Judging by the many signs, it seems the current owners of Westworth are just as paranoia about dogs on their land.