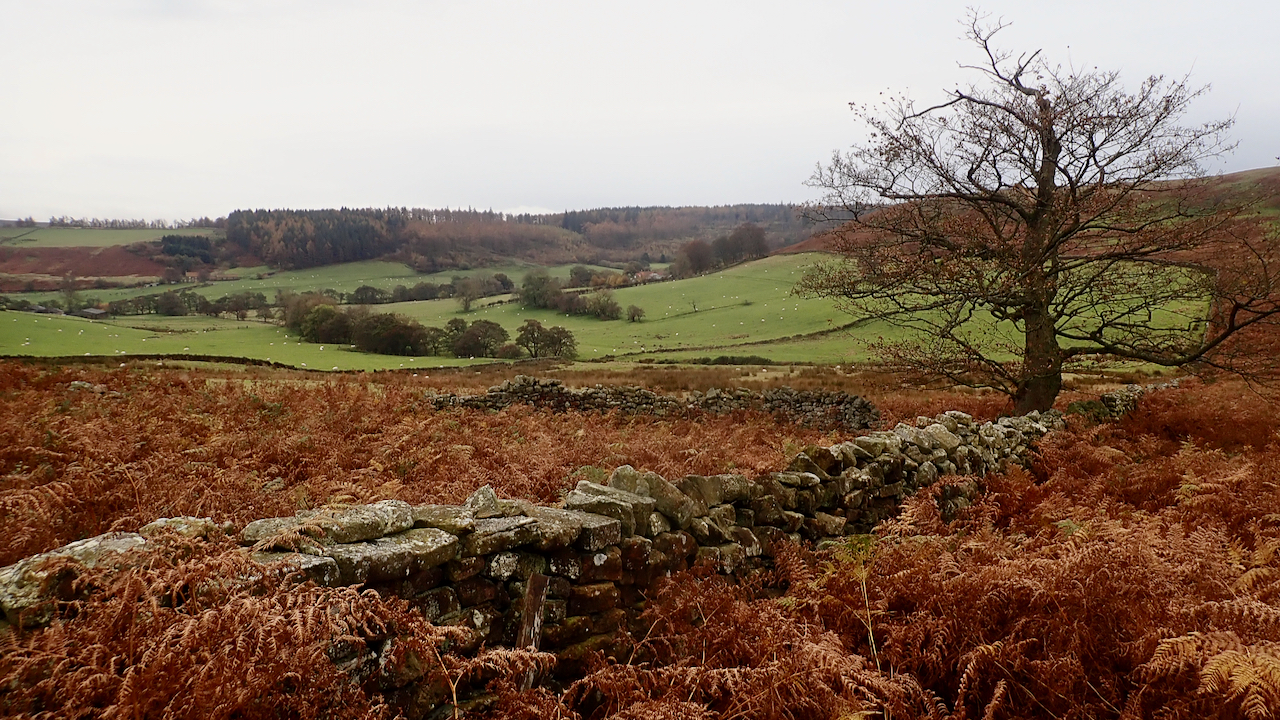 I had a vague plan to run around the head of Lonsdale to Percy Cross but surveying the dale from Lonsdale quarry I remembered that I used to often follow a route crossing the valley by keeping upside of the moor wall. Those were the days when I rarely stuck to paths.

On the descent to the beck, I then remembered that the upper intake field on the far side was Open Access land. I’d previously spotted it on the map and my curiosity was piqued. Ah, an opportunity to see what’s there. So instead of picking my way up the other side by following sheep tracks and marshy flushes, I opted to stick close to the wall looking for an easy crossing. Bad mistake.

The old wooden sleeper across the beck had rotted over the twenty years or so since I last used it. A balancing act hanging onto the stock fencing. Obstacle negotiated. Next, a deep wet ditch hugged the wall. And the bracken grew denser. I found no easy way to cross the wall and in the end abandoned that idea. Cresting the escarpment was a welcome relief but satisfying. An adventure, just like the old days.