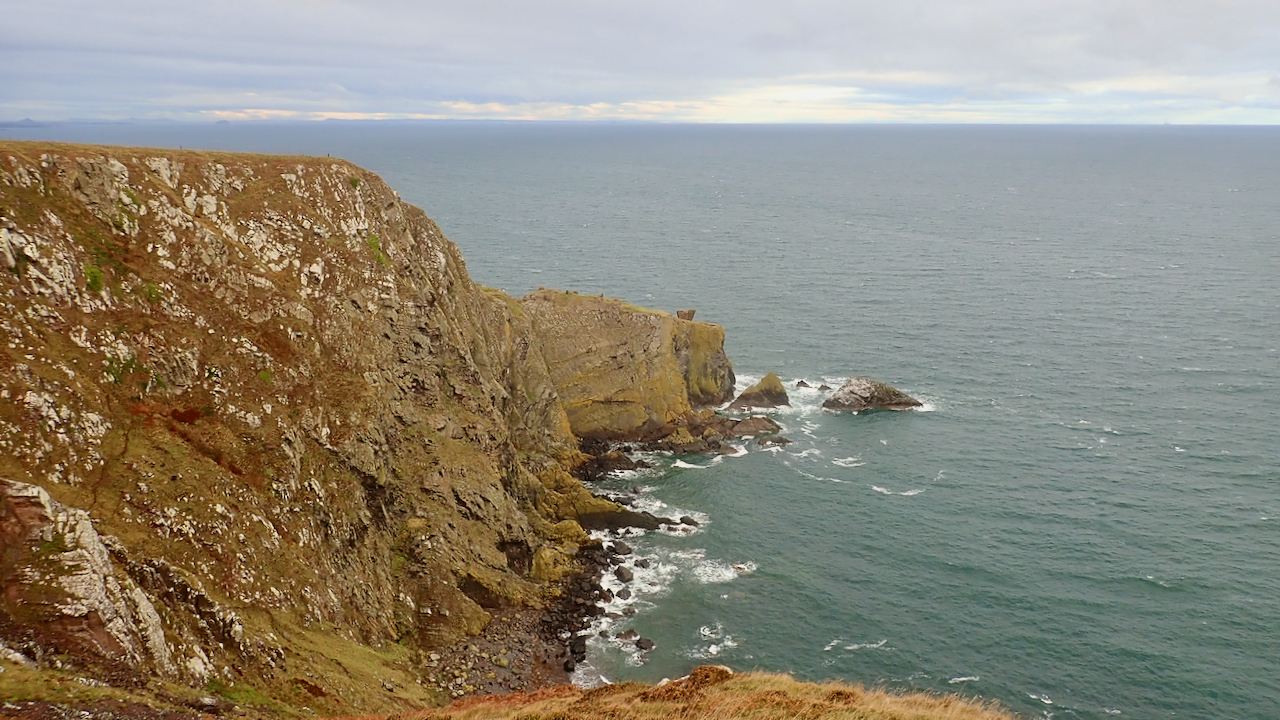 This is a part of the country I just didn’t know existed. We’re usually dashing past on the A1. But it’s a fascinating coastline, rugged, unfrequented with few paths. Fast Castle looked interesting, perched on an inaccessible promontory called Castle Knowe.

It was built in the 14th-century, destroyed and rebuilt in the 16th but in ruins by the 17th with the few remains slowly succumbing to the ravishes of the North Sea. It has had a turbulent history, fought over by the Scots and the English and changing hands several times.

It beats me why anyone should even think about building a castle here. Access was either by a drawbridge over a narrow ravine (now replaced by concrete) or by a pulley system from the sea. And the actual construction would have been some undertaking being on a narrow sloping site.

But the castle must have had some appeal. Notable guests included Margaret Tudor, daughter of Henry VII of England, on her way to marry James IV of Scotland, and Mary Queen of Scots.

Apparently, the original name was Fause Castle, ‘fause‘ being Scottish for false. A nod towards the practice of displaying false lights so as to entice ships to sail onto the rocks, where their cargo would be salvaged.