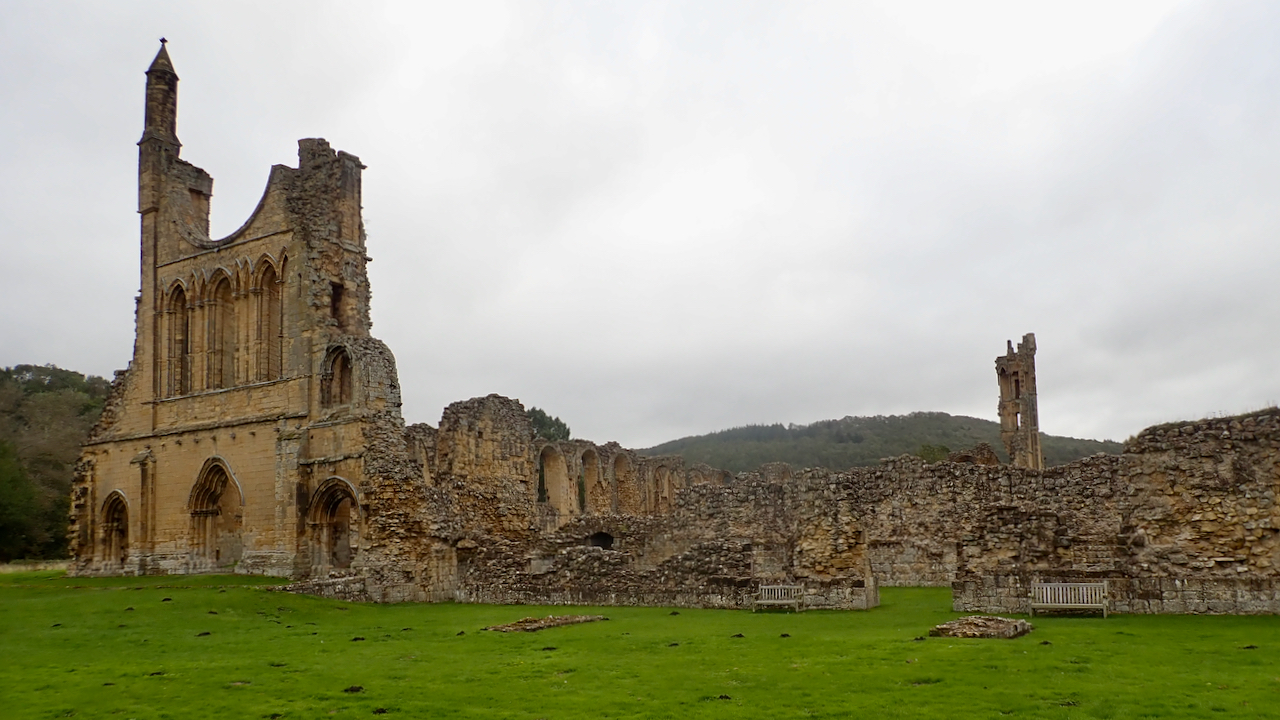 In its heyday, Byland Abbey ranked alongside Rievaulx and Fountains as one of the three great monasteries of the north. But the Cistercian order from Savigny took 43 years to found a permanent site for their monastery. It began across the Pennines when, in 1134, a community of monks from Furness Abbey set out to found a daughter house up the coast at Calder, in west Cumberland.

This site proved unsuitable and not helped by the Scottish invasion of Cumberland. They returned to Furness and another site was found but that too was not what the monks were looking for. So they moved again and again, and in 1177, after six moves, they finally settled at Byland although some of the buildings have been dated to 1165.

Like most monasteries, the changes brought in by Henry VIII saw the end of Byland. It was gutted of saleable materials leaving the shell which was gradually robbed of stone to be reused by locals.
 Open Space Web-Map builder Code