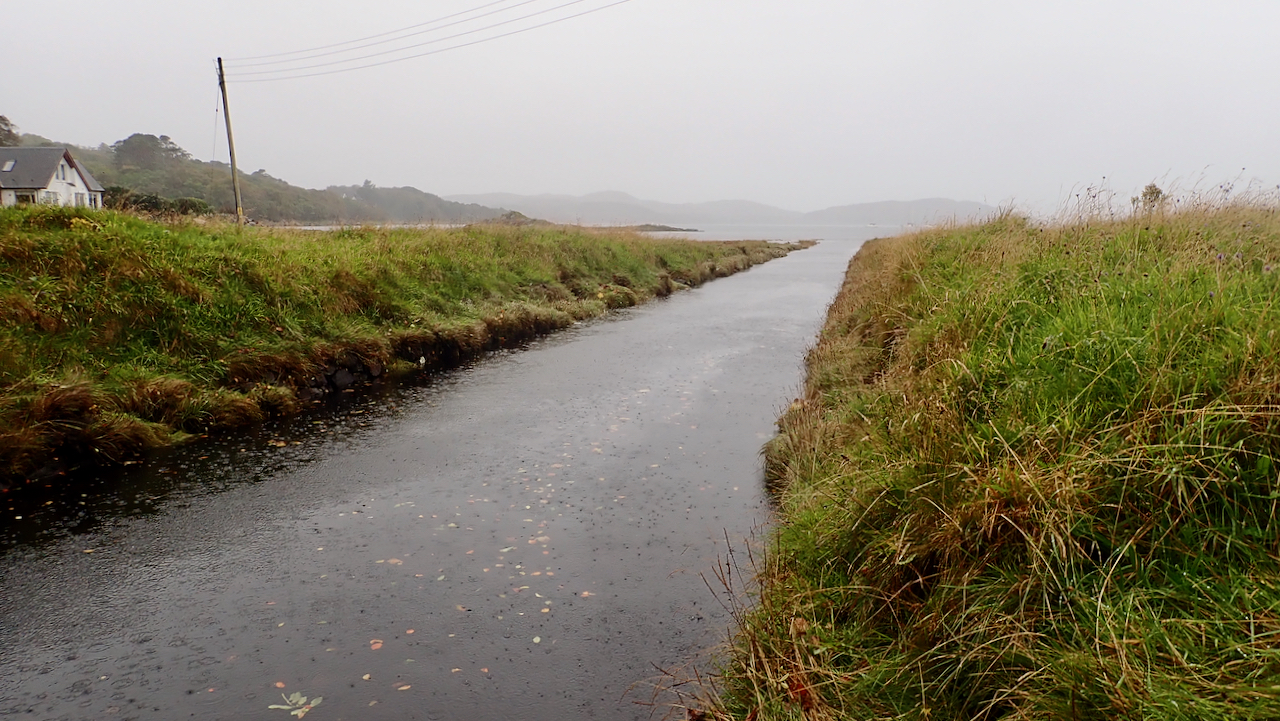 Surely the last thing you would expect to find in the Western Highlands would be a canal, the Crinan and the Caledonian excepted of course. But there’s another one in Arisaig. It was built to enable timber to be floated down from a sawmill at Loch nan Eala to the sea. The lade, to give it the Scottish term for a small canal, is about a kilometre long and was built in the 1850s, resulting in the partial draining of the loch.

Recently in 2003, a Mesolithic arrowhead was found alongside the canal near to this spot. This is on display at the Land, Sea & Islands Centre in Arisaig, which is currently closed due to the COVID-19 restrictions.

I had planned a mountain day but low cloud level and the prospect of a rainy day put paid to that. I must say I’m no longer turned on by climbing a hill in the clag just for the sake of bagging it.
 Open Space Web-Map builder Code