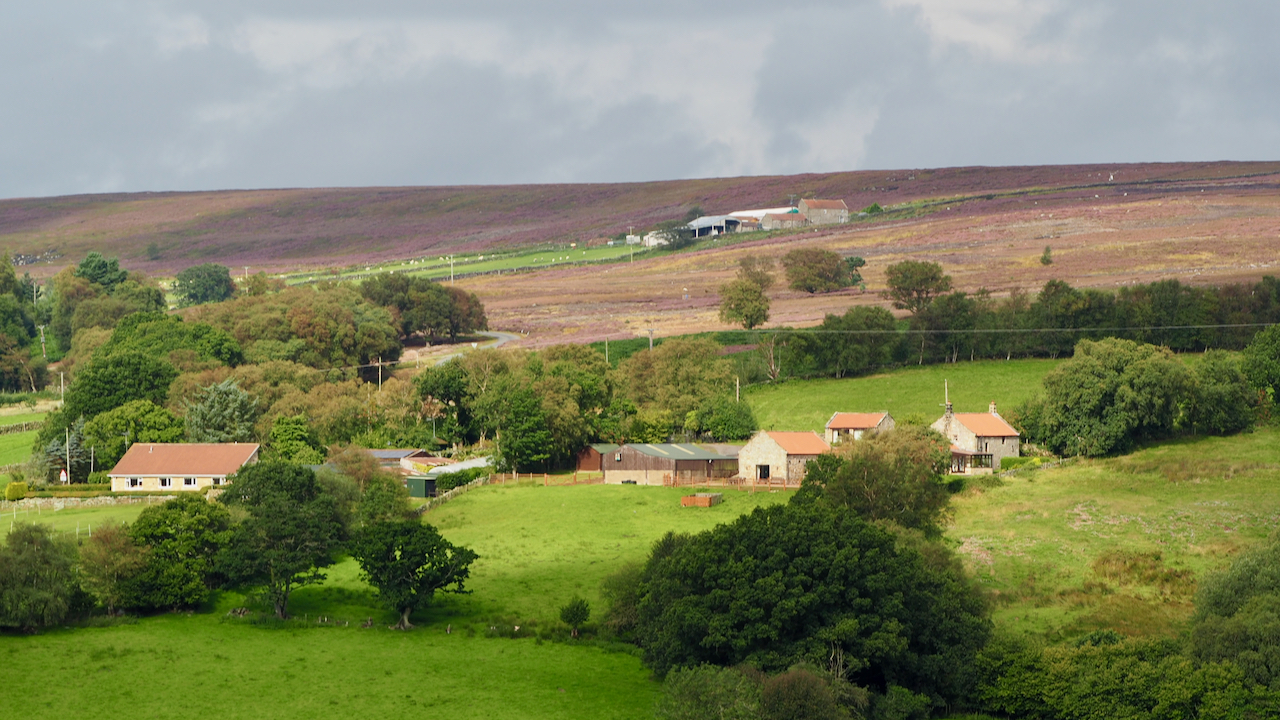 A while ago I came across these few intriguing paragraphs by A. J. Brown in his book “Striding through Yorkshire”. He is describing a walk from Commondale to Castleton:

Instead of following the direct road to Castleton by the side of the beck – a feeder of the Esk – I followed a roundabout footpath leading past four farms: West Gates, Thorn Hill, Scala Cross, Scala Foot, and through Maddy House Farm to Dibble Bridge.

I chose this route partly to keep to the hills, but chiefly for the satisfaction of exercising a right-of-way that goes clean through the house! Once upon a time the path ran past the side of Maddy House, but an unthinking landlord added a wing to the original building and obstructed the path. From time out of mind this path had been used by the natives, who were determined neither to lose it nor to be fobbed off with any alternative path round the new wing. The result was that the unfortunate tenant had to break a way through his back kitchen, and now the two doors must be kept open day and night, else the occupying tenant is liable to be knocked up in the small hours by a tenacious walker who claims the right-of-way. I was told this has happened more than once!

But, in fairness to the present occupiers, I must say they permitted me to pass through without let or hindrance and seemed to regard the path as more of a lark than a nuisance.

It’s easy to find Maddy House Farm on the map, although it has now lost its ‘farm’ designation. Brown was writing this in 1943, before Public Rights of Way were designated under the National Parks and Access to the Countryside Act 1949, and none were subsequently declared through Maddy House.

Comparing the satellite image with the 1927 survey O.S. map the footprint of the old house and outbuilding appears unchanged so it is difficult to visualise this ‘new wing’. Perhaps it was built in the intervening period and has since been demolished.

The 1927 survey O.S. map does annotate a path going south from the farm with the initials ‘F.P.’. This is just one of the criteria used by The Ramblers organisation as evidence to register unrecorded Rights of Way so we may yet see Brown’s right-of-way on the map.
 Open Space Web-Map builder Code