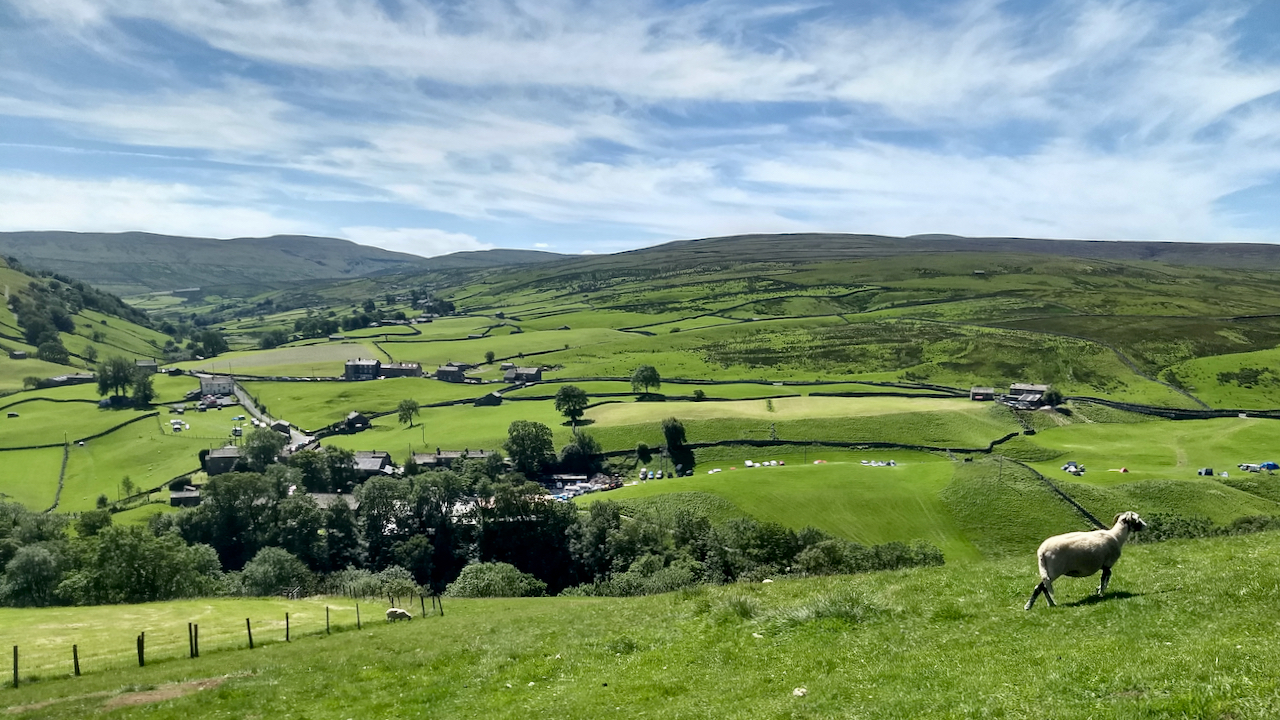 The upper reaches of Swaledale feel remote, and no doubt in the depths of winter, Keld, the last village before the road begins the climb over Lamp Moss pass to Kirby Stephen must be a contender for the remotest village in England.

But at the height of summer Keld is a busy place. A stopover on the Pennine Way, before the 6 kilometre climb up to the Tan Hill Inn and also for the Coast to Coasters on their way from St. Bees to Robin Hood’s Bay.

The Tan Hill Inn is also the target for the hundreds of motorcyclists whose machines thunder up the valley.

But Keld is also where the River Swale tumbles through a limestone gorge over a series of spectacular waterfalls: Wain Wath Force, Hoggart’s Leap, Catrake Force, East Gill Force and Kisdon Force, each providing a magnet for picnickers.

We abandoned our visit to Kisdon Force as the litter increased, the woodsmoke grew denser and the noise louder the closer we descended to the falls. Plus of course, social distancing on the narrow stoney river bed would have been particularly difficult.