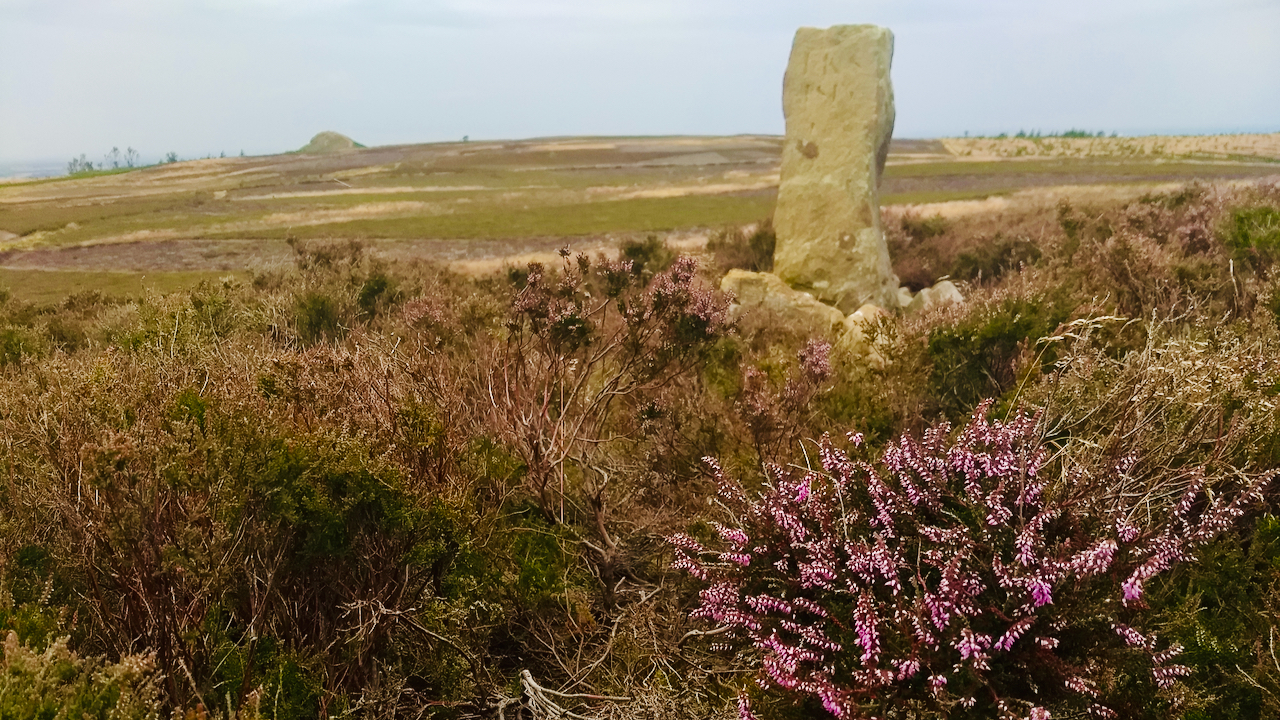 The odd sprig of ling or heather can be found on the moors, amongst the muddy brown remnants of the winter colouring. Why isn’t the heather at its finest? Surely it should be by now, this first week of August.

I had a search of my back archives to illustrate the state of the heather on this day in previous years.

Has this spring/summer been unusually dry, leaving the heather parched? My gut feeling is that it has. There’s some heather in bloom on the lower, damper sheltered levels and slopes, but the tops are decidedly lacklustre.

By now surely the moors show be transformed into a blazing carpet of purple heather, one of the North York Moors’s most sellable spectacles.

Are these celebrated views are being affected by climate change? It’s a moot point, but it is known that high temperatures, and lack of rain, damages large areas of heather by stressing the plants leaving them unlikely to flower.

Milder winters also led to an increase in numbers of the heather beetle or Lochmaea suturalis, which are a natural element of the heather ecosystem. Usually, cold winters keep their larvae in check. The beetle, when mature, damages the outer layers of the heather leaves, making it more susceptible to drought stress.

I am afraid I must admit that if I fell over a heather beetle I wouldn’t recognise it, but I understand the beetle is prevalent on the North York Moors. This is from the website of a gamekeepers’ organisation so naturally, they advocate that “Gamekeepers carry out controlled burning … and this helps to speed up the recovery of the heather.”

So if this truly is a forewarning of a decline in blooming heather, it is bad news for the red grouse and wildlife, such as the Emperor moth caterpillar, which both rely on the plant for food.
 Open Space Web-Map builder Code