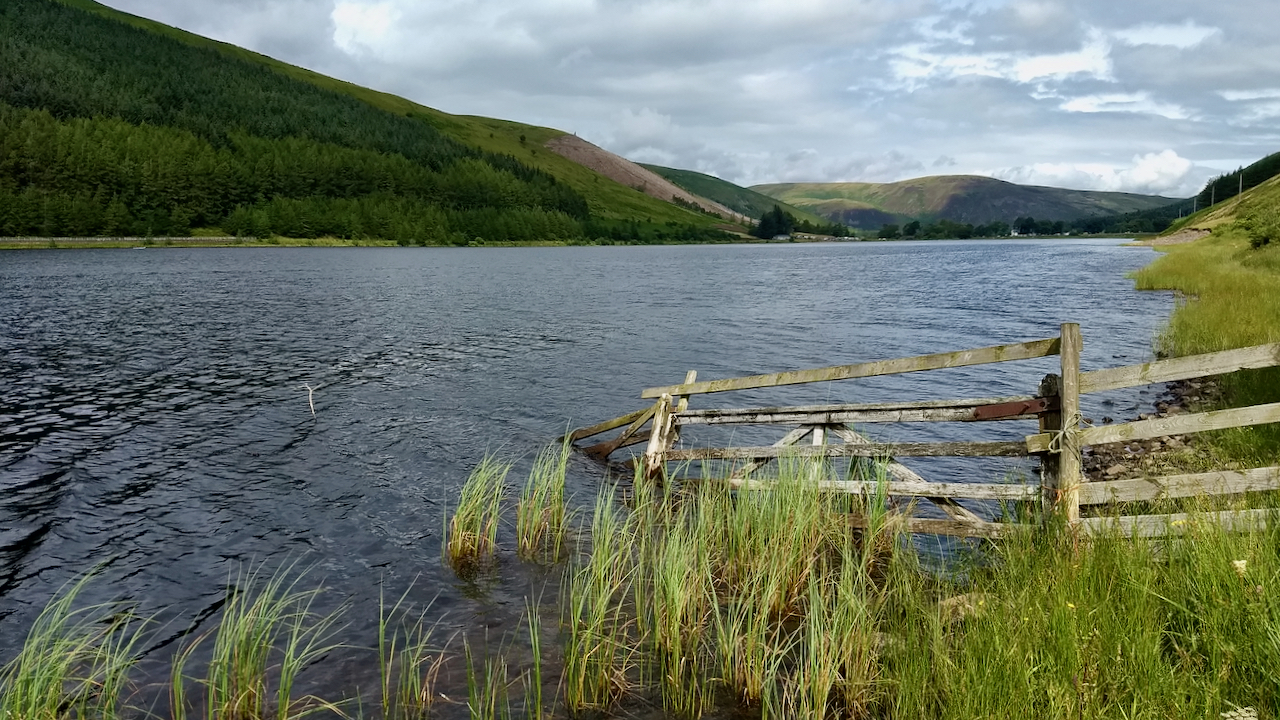 More bimbling about the Borders.

The Loch of the Lowes lies just up the valley from St. Mary’s Loch. In fact, when the last glacier retreated, there was one big loch, however, over the millennia, the alluvial fan from Crosscleuch Burn has bisected it into the two lochs we see today, joined by the short Yarrow River.

On this fan stands the former coaching inn of Tibbie Shiels, which was frequented by literary notables such as Sir Walter Scott and Thomas Carlyle.

Both lochs are very popular for daytrippers, most heading for Crosscleuch. But the hills are blissfully quiet.

Also at I came across this statue of a character in Lincolnesque pose. My first impression was that it would be some general,  some military hero but it turned out it was of a local shepherd called James Hogg who made a name for himself as a poet. He was also a customer of Tibbie Shiels and great friends with Scott.

Hogg was born in the Ettrick valley and, when he was just seven, his family farm failed so his basic education was cut short and he had to work as a farmhand. However, enthused by local ballads and tales taught by his mother, he developed a voracious appetite for reading and writing romantic poetry. Scott introduced him to publishers and the Edinburgh High Society but Hogg was content with the shepherding life.

A Boy’s Song by James Hogg, the ‘Ettrick Shepherd’

Where the pools are bright and deep,
Where the grey trout lies asleep,
Up the river and over the lea,
That’s the way for Billy and me.

Where the mowers mow the cleanest,
Where the hay lies thick and greenest,
There to track the homeward bee,
That’s the way for Billy and me.

Why the boys should drive away
Little sweet maidens from the play,
Or love to banter and fight so well,
That’s the thing I never could tell.

But this I know, I love to play
Through the meadow, among the hay;
Up the water and over the lea,
That’s the way for Billy and me.