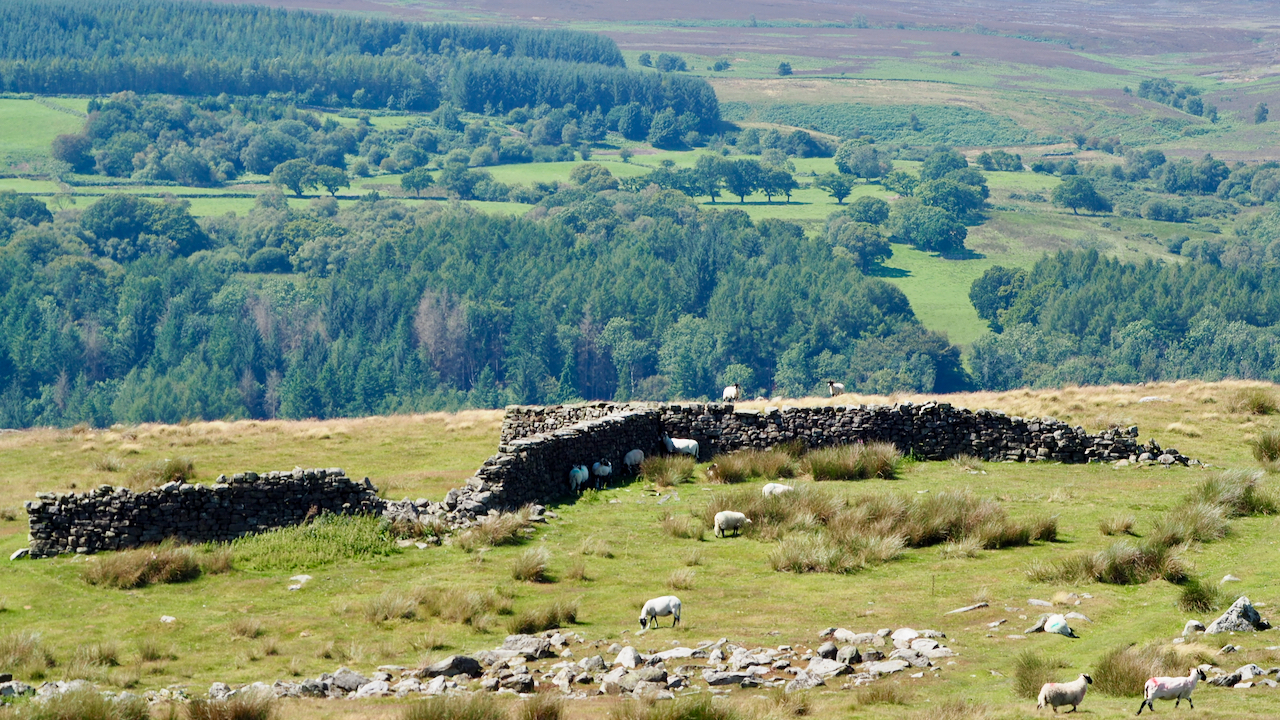 Exploring prehistoric rock art on Allan Tofts above Beckhole in the Murk Esk valley. I must admit I was in the presence of an expert. Several cup-marked stones were found mostly covered with lichen which softened the carvings. Generally, it’s a very tactile experience. Even the tiny pecks left by the carver can be felt.

Allan Tofts is a heatherless moor, although there were grouse present. It’s relatively small, covering just about a square kilometre, largely given over to sheep pasture and containing about 200 cairns. So to prehistoric man, it must have been a place of some significance.

About 25 cup-marked stones have been recorded and these seem to be associated with the cairns, although I believe this is just conjecture, and of course, it is not possible to say which came first, the cairns or the stones. Most of these cairns have been disturbed by well-meaning Victorian antiquarians.

The stones and, perhaps to a lesser extent, the cairns are subtle features of the landscape. It is easy to pass them without noticing. Many stones are completely covered by vegetation. What is much more obvious are the bields, shelters made from three dry-stone walls arranged on a ‘Y’ plan. These provide shelter for livestock from wind-driven rain or snow from whatever the direction. Or, on a hot sunny day such as this, providing shade for the sheep.

Bields are quite common on the west side of the Pennines and in Northumberland but not so much on the North York Moors. I know of only one other, on Lealholm Moor. On Allan Tofts, there are four of them.

More conjecture is that these bields have been built on a ground plan of a ‘tri-radial’ cairn layout, or built to align with existing cairns.

The big questions though are when and why. When? Chappel and Brown [Ref028] suggest that the cup symbol declined at the onset of the Early Bronze Age, about 2,000 B.C.

And why? That question has led to much debate. Lack of any evidence leaves us with the general assumption that the stones had either some religious significance or an association with dead ancestors.

Or just maybe it was the mindless doodling of some bored shepherd lad minding his sheep.
 Open Space Web-Map builder Code