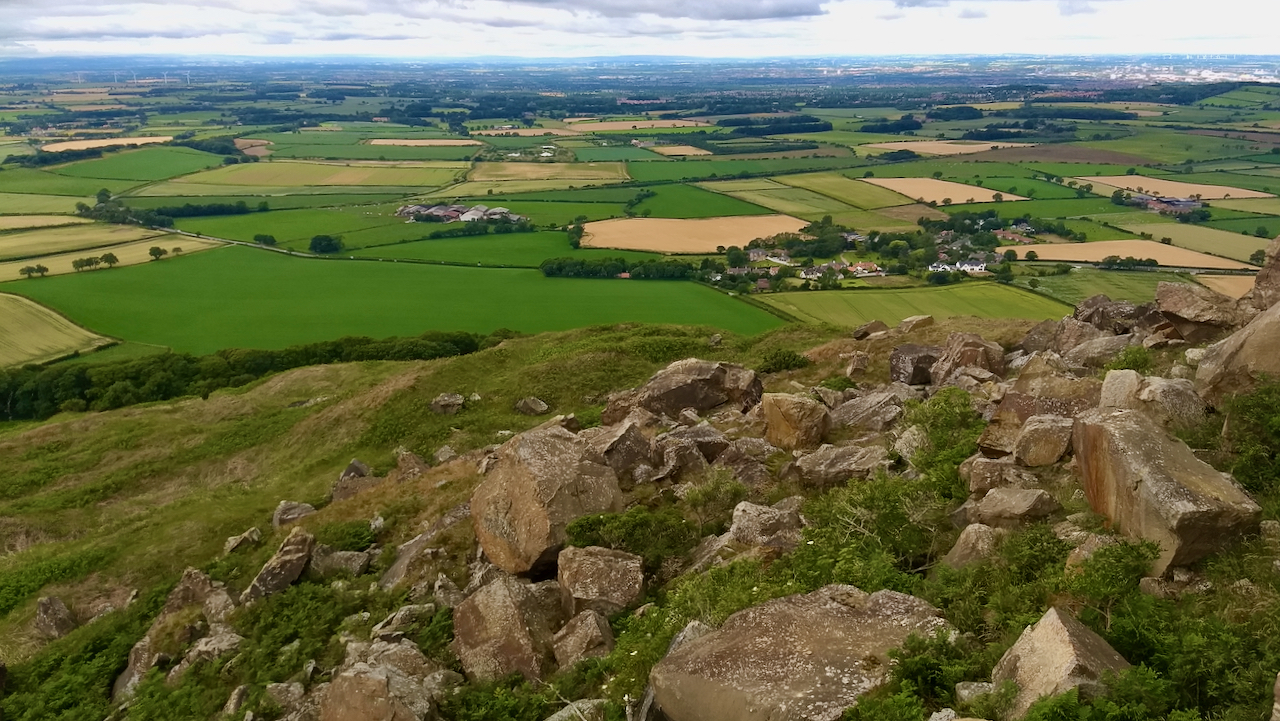 Do you treat them with reverence, still in their pristine covers and neatly filed numerically?

Or are they coverless, coming apart at the seams through years of use and being folded in origami shapes to cram into a map case?

The thing we all probably have in common is that we never, ever, ever throw them away. At home, we have scores of copies of the North York Moors in various states of decline. Yet all, generally speaking, are still useable.

I love maps, me. So must Matthew Paris have. He was a 13th-century monk from St. Albans Abbey who, in his later years, took to cartography. His map of Britain, whilst not geographically accurate to modern eyes, is fascinating.

The annotation is in Medieval Latin, but you do not need to know that language in order to begin to identify rivers, and Hadrian’s and the Antonine Walls. See if you can find the Humber, the Wear, and the Tyne.

After that, it becomes much more difficult, but I’ve discovered an interactive map which does the job for you. It’s engrossing. If the website doesn’t work for you, try here.

There are some weird oddities. Blackamoor, the old name for the North York Moors, stretches north to the Tyne, Whitby straggles the Humber, and Bamborough is placed south of the Wear.

I don’t suppose Paris visited all the locations during his lifetime, so much of the information would have been gleaned from travelers and visitors to the monastery.

Today’s photo is of the talus below Roseberry Crag looking down onto Newton village.
 Open Space Web-Map builder Code