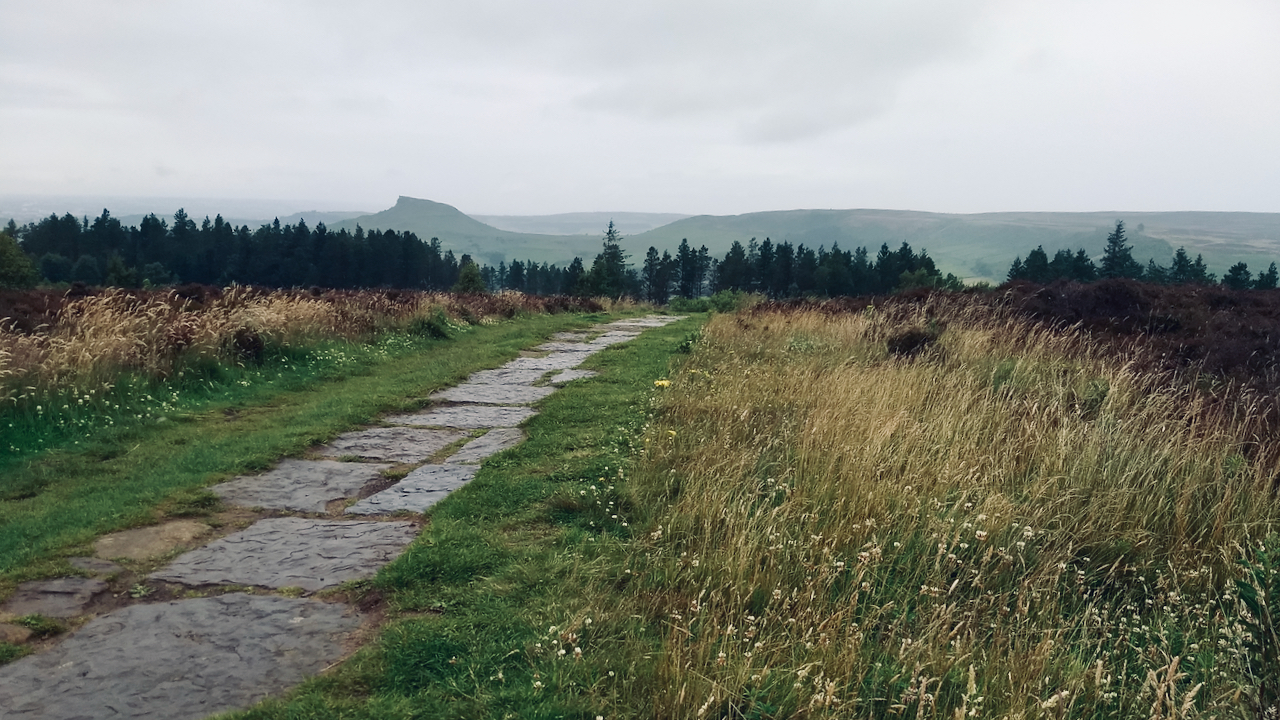 A damp run on the moors this morning. Light rain, hardly wetting the paving slabs on Coate Moor.

Would it though, be enough to satisfy St. Swithin, who according to the legend, if it rained today (15th July), it will be the start of forty days of rain. He was bishop of Winchester Cathedral and asked to be buried outside it so that he would be exposed to ‘the feet of passers-by and the drops falling from above’.

The legend was recorded in ‘Poor Robin’s Almanack‘ of 1697:

In this month is St. Swithin’s day,
On which if that it rain they say,
Full forty days after it will,
Or more or less some rain distil.

The quote is from “Weather Lore: A collection of proverbs, sayings, and rules concerning the weather” by R. Inwards, published in 1869 by W. Tweedie of London [Ref023].

The book also lists another proverb for July 15th; originally in Latin, it reads:

If it rain on the feast of St. Processus and St. Martin it suffocates the corn.

According to this legend, Martinian and Processus were Roman soldiers who were guarding Saint Peter and Saint Paul in the prison in Rome. The jailers were converted and baptized by the apostles. The Roman emperor Nero, who was infamous for his persecution of the early Christians, was not happy. He had the guards arrested, tortured, and beheaded so ensuing in their canonization.

Now Wikipedia lists their feast day as the 2nd July, which is a bit confusing but it’s not impossible that the date has undergone a change under the complex saints’ rules of the Church.

Just after I had returned home, it started bucketing it down. That must surely be enough to wet St. Swithin in his grave. But it turns out that according to the tradition, the rain has to actually fall on St. Swithin’s bridge in Winchester. So we can all breathe a sigh of relief.

Nowadays, of course, meteorologists can confidently predict that around this day of the month, the jet stream generally settles into a stable pattern lasting until the end of August.

If the jet stream flows to the north of the British Isles, we will be influenced by continental high pressure and the weather will be sunny and warm. And if it flows across or to the south, wet Atlantic weather systems will dominate, bringing us wind and rain.
 Open Space Web-Map builder Code