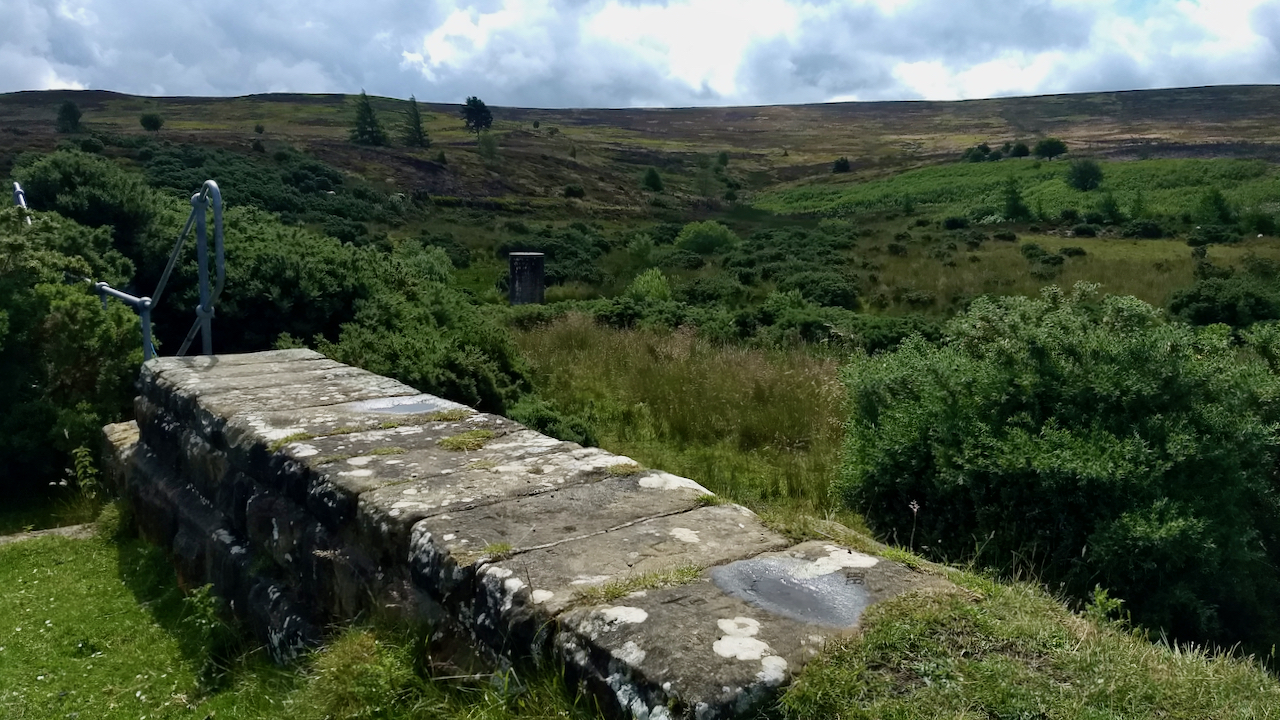 Originally built to supply water for Guisborough town, Westworth Reservoir was constructed in 1875 and continued until the early 1970s when the water supply system was replaced. It was retained as a water supply in the event of a forest fire.

However, by the end of the century, the dam’s structure was in danger due to vandalism; the reservoir was a popular location for swimming, and campfires and litter were a problem.

The landowner, Lord Gisborough, did not want any water retained.

The North Yorkshire National Park favored some water being left as they said it was a migratory bird resting place. An ecological and environmental study later found that the reservoir was so impoverished due to acidification that it supported only a limited aquatic fauna and fish and thus would not be an attraction to birdlife.

The local County Archaeologist at first wanted the whole site preserving but after visiting he changed his mind.

The dam was breached in 2002 leaving a small pond around the tower which now appears from a distance to be a marsh. The exposed ground was left to naturalise.