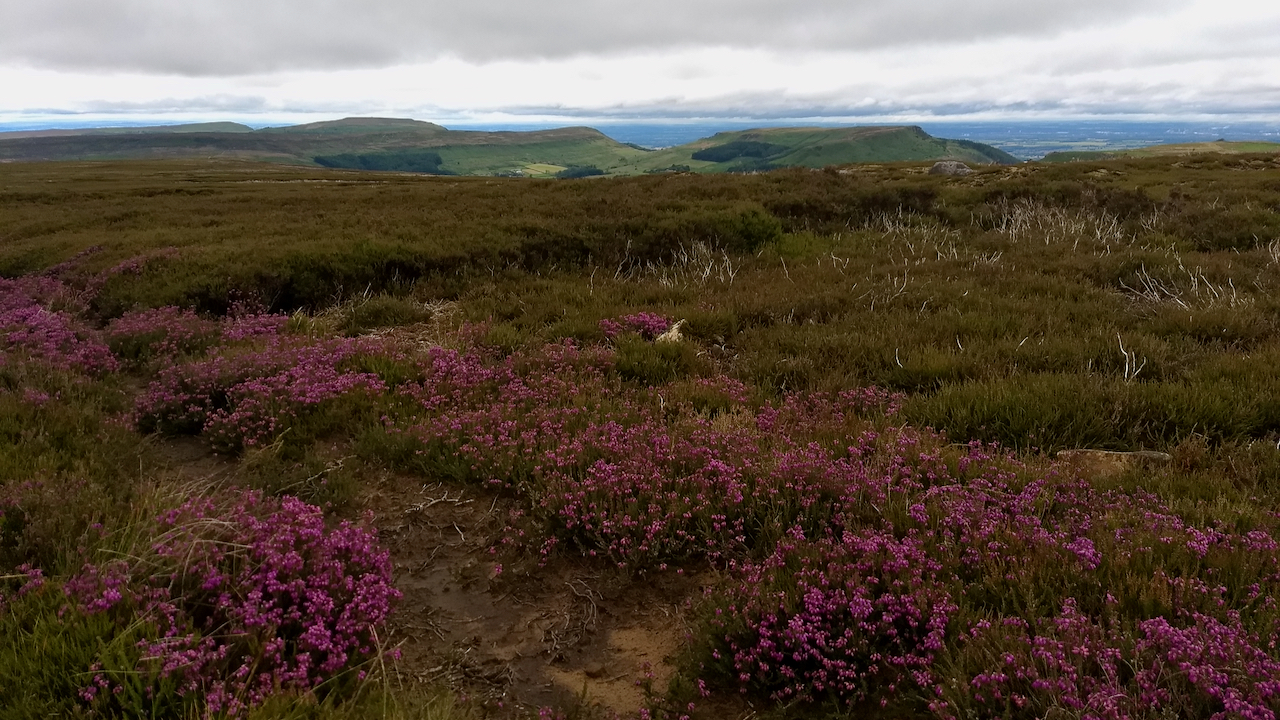 The North York Moors contains the largest continuous tract of upland heather moorland in England and are renown for their display in the late summer of heather. Swathes of the lilac Ling or Calluna vulgaris cover the moors for a brief period in August. There is another heather, which is a much richer purple colour and is in bloom for much longer, from June to September: Erica cinerea or Bell heather.

The 1898 English Dialect Dictionary lists various local names for bell heather including ‘ling’ which might lead to confusion. Other names are Bent, Black-heath, Carlin-heather, Crow-ling, Common-heath, Fine-leaved heath, and Rattle-basket.

Elgee referred to the plant as the ‘Purple bell heather’:

‘… on the old swiddens there are extensive spreads of the Purple Bell Heath (Erica cinerea) forming what may almost be termed a “cinerea” moor.’

It is commonly thought there are just three species of heather found on the moors, the third being the Cross-leaved heath (Erica tetralix) which, I must admit, I’ve never identified. But there is fourth, found in just one location, the St Dabeoc’s Heath (Daboecia cantabrica). This plant is native to the cliffs and heathland of south-western Europe and the west of Ireland. The generic name comes from the Irish Saint Dabheog.

Have you guessed where the photo is taken from yet? On Urra Moor, descending from Round Hill to Seave Green. The hills in the distance are Cringle Moor, Cold Moor and White Hill, seen from the south-east.
 Open Space Web-Map builder Code