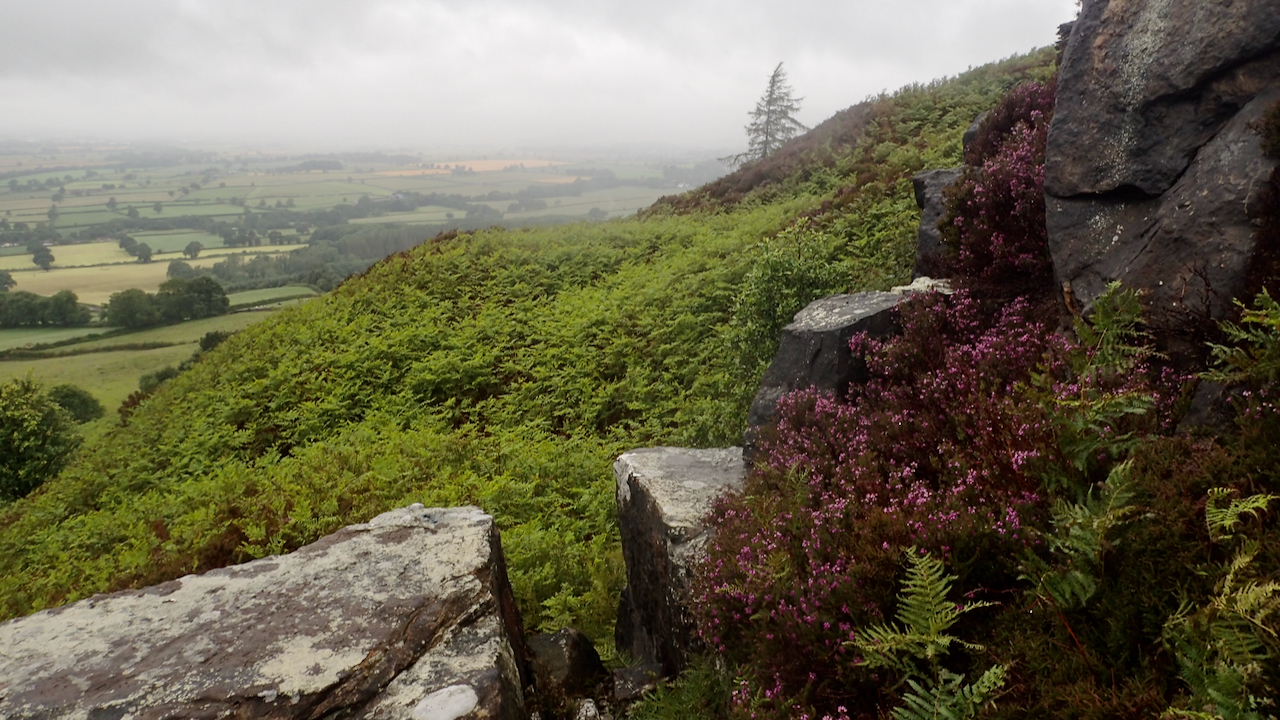 I once read that there is evidence of 12 sandstone quarries on the escarpment between Roseberry Topping and Capt. Cook’s Monument on Easby Moor. The stone was used for farms, barns and the miles of dry stone walls. A localised, small scale industry but having a massive impact on the character of the moors.

On or above the 1,000′ contour around Easby Moor, the 1853 map shows 5 sandstone quarries. This disused quarry is at 900′ which seems a curious oddity. I thought the British Geological Survey might provide some explanation and sure enough, their on-line mapping shows the upper quarries to be in the Saltwick and Cloughton Formations of sandstone, siltstone and mudstone whereas our quarry here is at the Dogger Formation of sandstone, ironstone and limestone, about two million years younger.

The Dogger Formation has, in other parts of Cleveland, been exploited for its ironstone but the nearest mines to here, Monument and Kildale are lower still working the Cleveland Ironstone Formation.

Of course, I’m not a geologist so this might be complete twaddle.
 Open Space Web-Map builder Code