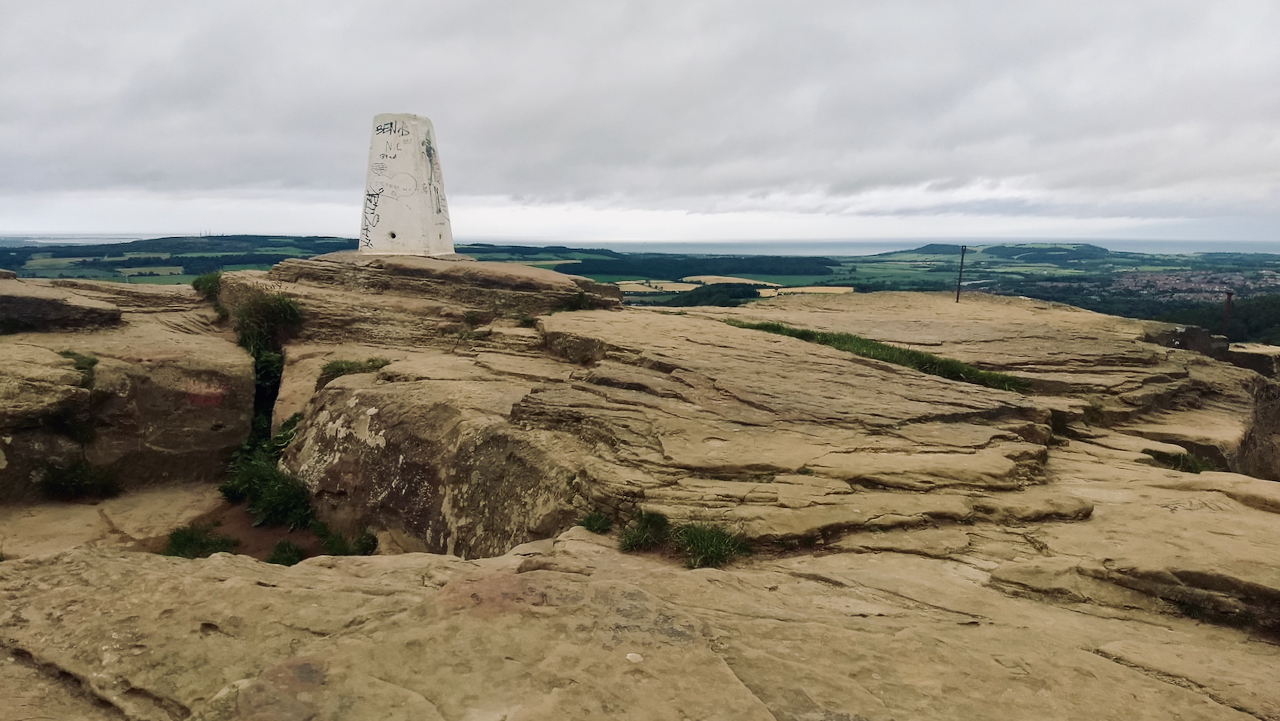 Strong winds and a threat of rain were keeping folks away from Roseberry this morning. I’ve gotten in the habit of avoiding the summit if crowded, so this was my first visit for a week or so.

When this is posted, it’ll be 86 years since the leaders of the SA, the Nazi Party’s paramilitary wing, the Brownshirts, were executed on the orders of Hitler. Hitler had feared the SA’s independence posed a direct threat to his authority. Following the purge, which lasted between 30 June to 2 July 1934 and became known as the “Night of the Long Knives“, the SA’s role was effectively reduced to one of military training. At least 85 people were killed during the purge.

Hitler’s rise to absolute power had been quick and brutal. Just two months after becoming the Chancellor of Germany in January 1933, he became the Führer or dictator. A month later he passed the ‘Law for the Restoration of the Professional Civil Service‘.

This law, coming into effect on the 7th April 1933, claimed that in order to re-establish a ‘national’ and ‘professional’ civil service, members of certain groups were to be dismissed from the civil service. Non-Aryans, Communist Party members, and members of any certain other organisations. Anyone who didn’t toe the Party line was out. Sound familiar?

The Night of the Long Knives finally established Hitler as the supreme administrator of justice for the German people.
 Open Space Web-Map builder Code