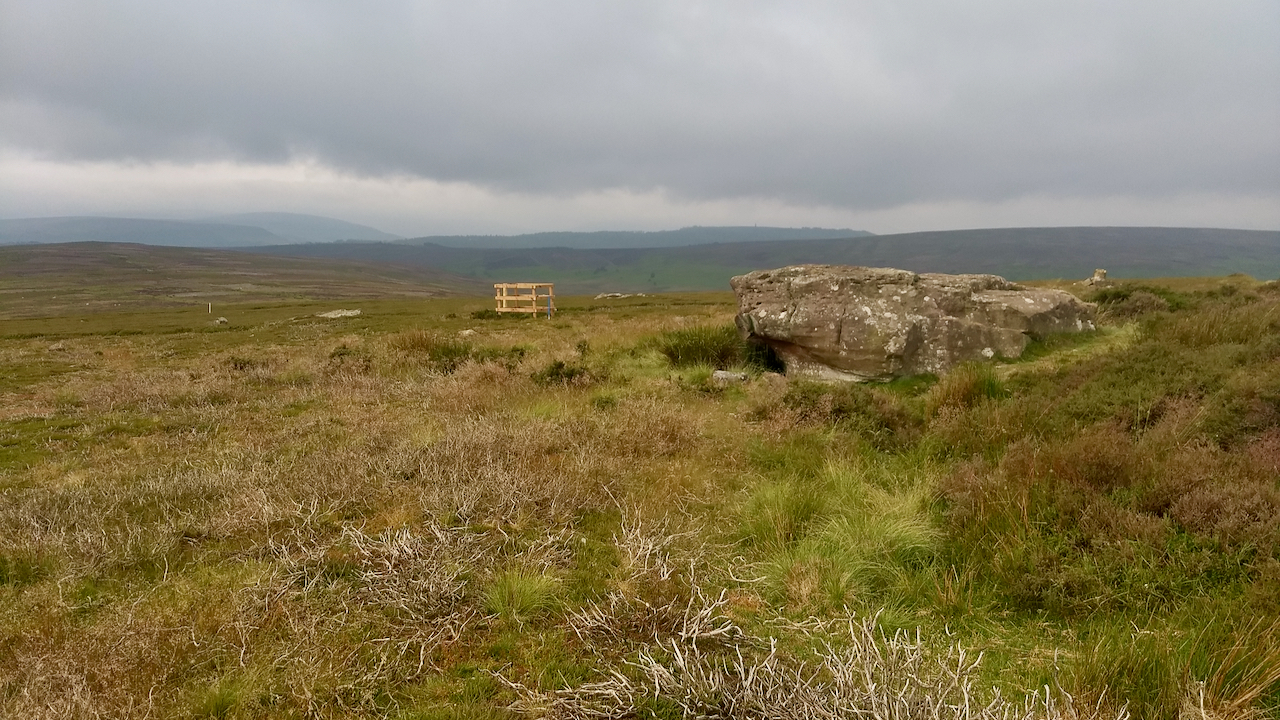 An East Midlands expression that came back to me on Potter’s Ridge, a small hill that has Highcliffe Nab on its northwestern end.

A few moments later the first drops of rain arrived.

And don’t ask who Bill was, ’cause I never found out.

On strange phrases, I learnt a new word today – ‘quockerwodger’ which is the name of those wooden puppets that were held by a string from the head. Pulling a lower string made the arms and legs dance. we used to call them jumping jacks and were sold at the fairs and seaside.

So quockerwodger has been used to describe a politician whose strings are pulled by a puppetmaster. I just can’t think of any relevance in today’s political climate.

In case you are wondering the fenced enclosure is around a small dew pond and intended to keep thirsty sheep from stealing water meant for the grouse.
 Open Space Web-Map builder Code