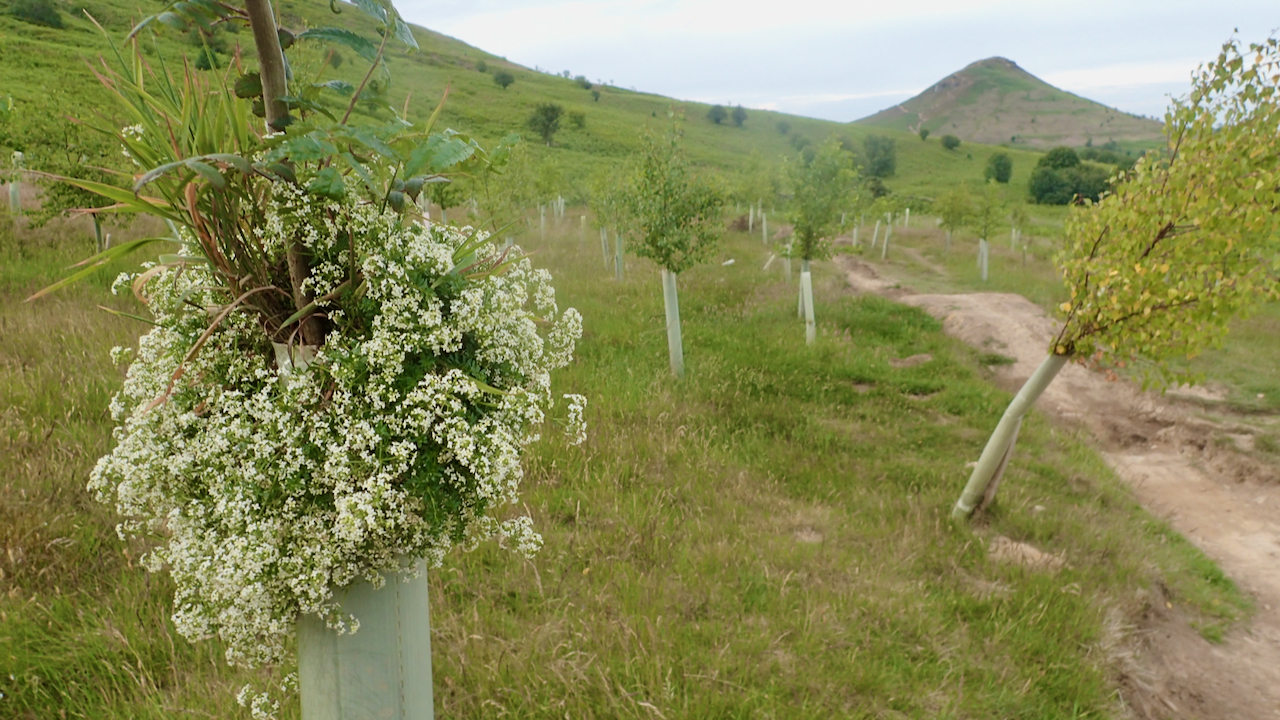 I thought at first someone had placed this posy of flowers in the top of the one metre high Tuley tube, but after much deliberation, the family conclusion is that it’s Hedge Bedstraw (Galium mollugo), a herbaceous annual of the same family of plants that gives us the sticky weed or cleavers, those long straggling strands that stick to animal fur or the backs of unsuspecting parents.

Ok, I must admit it could equally be Heath Bedstraw (Galium saxatile). To my untrained eye, the descriptions in the book are indistinguishable. But the book says Heath is low lying and forms a mat. So Hedge Bedstraw it is.

But Hedge Bedstraw is nowhere near as much fun as sticky weed. Its stem and leaves are smooth and lack the tiny hooks. The white flowers are so tiny, 2-4 mm across with an odd sickly smell which might account for its folk name of “false baby’s breath”.

For folk uses both Hedge and Heath Bedstraw are somewhat neglected. By contrast, Ladies bedstraw (Galium verum) has many uses. It is a similar plant but with yellow flowers and has been used in cheese making and to stem bleeding, but the name bedstraw comes from its use of stuffing pillows and mattresses due to its ability to repel fleas with its honey-like smell. It was also gathered and strewn on the floors of country cottages for the same reason.
 Open Space Web-Map builder Code