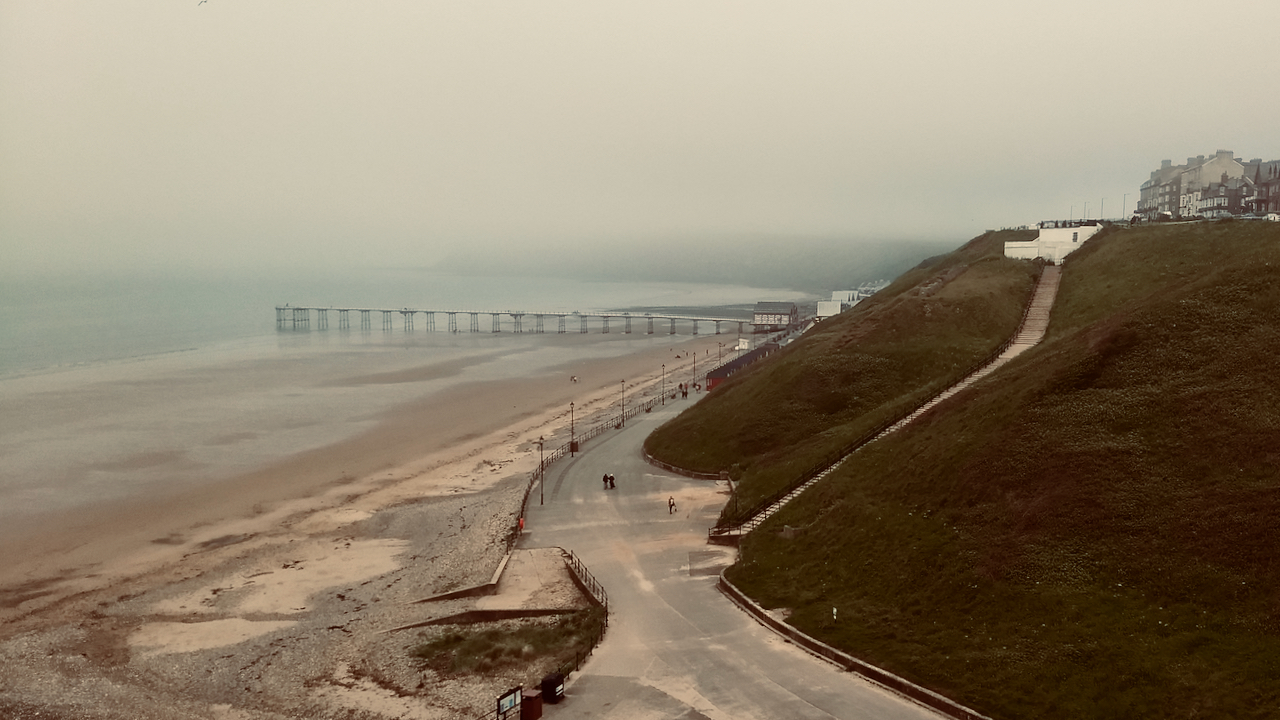 Another morning, another haar. And then Ayton cleared. Blue skies. It will be nice to end the afternoon by the sea, at Saltburn.

But driving through Guisborough the temperature dropped as we were engulfed by the sea fret. Although the promenade looks deserted the fish and chip shop was busy with a long self-isolating queue.

I thought I would recreate an image I found on the East Cleveland Image Archive website. It would have been nice to see Huntcliffe though. Hazelgrove, at the west end of the promenade, was heavily developed in the 1930s when unemployment was high and Yorkshire’s coastal resorts were going a period of economic distress. I guess the postcard would be dated post-war, in the 1950s. There is no sign of the chalets and any of the other buildings, the path halfway up the slope is no longer in use, and the pier is now much shorter.