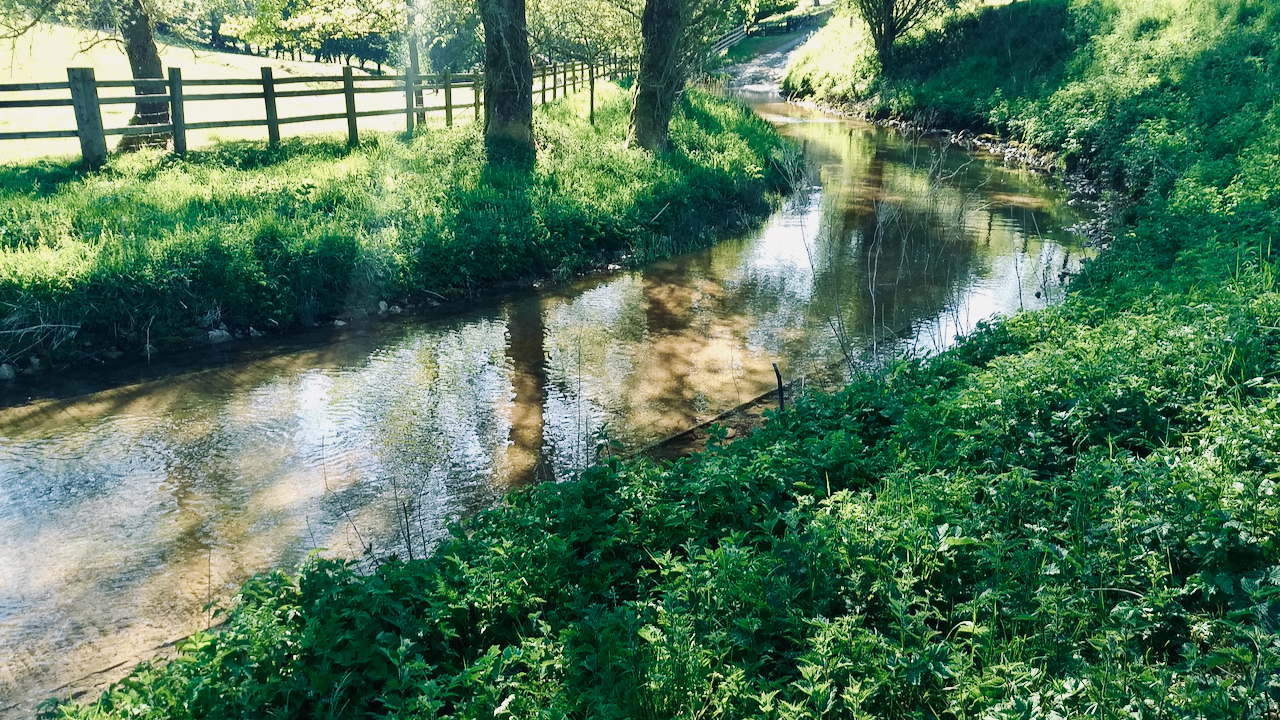 When I was into outdoor education when one of my younger charges got stung from nettles I used to tell them that Native Americans used to flail themselves with nettles to prolong their endurance during long buffalo hunts. I don’t know where I picked that snippet up, probably off the TV from someone like Ray Mears but I was reminded of it today when I rolled in some nettles. The chain came off my bike as I tried to change to my bottom gear on the steep climb out of Caydale. I can report that cycling apparel offers no protection from nettle stings. It turns out that it was the Makah who rubbed the leaves on bodies before a hunt for strength. I’m glad I didn’t imagine it

It was the second time I had left my bike. A few hundred yards earlier, I was tootling along the ford at Caydale which must be the longest ford ever. Close on 50 metres. The water was only a couple of inches deep and I didn’t want to get my feet wet so I was taking it steady. Suddenly it wasn’t my feet that were wet. They were still clipped in the pedals and dry.

I’ve gotten into the habit of scheduling these posts for the early of the morning. So by the time you read this, you will be subject to the new Coronavirus Amendment Regulations. These will have come into force on the 1st of June even though they will not be laid until 11:30 am that morning. So much for Parliamentary scrutiny.

So what do they mean for us? Obviously, you’ll need a lawyer to really tell you that but of course, it is still a legal maxim that ignorance of the law is no excuse.

Up to now, we haven’t been able to leave our houses without a reasonable excuse. Now “No person may, without reasonable excuse, stay overnight at any place other than the place where they are living”. In other words, anything goes except for overnight stays, so still, no sleepovers or sleeping in a tent or motorhome.

It is now prohibited to participate in any gathering which takes place either outdoors, consisting of more than six persons, or indoors, consisting of two or more persons. There are several exceptions, members of the same household, for instance. Another exception is if the gathering is work-related. So a visit from a cleaner would be lawful but not from your parents if they live elsewhere. A sex-worker would be ok but your girlfriend/boyfriend not. Bets on as to which MP will be the first to use this in defence.

Interestingly another exception is elite athletes or a coach of an elite athlete, and the gathering is necessary for training or competition. I thought at first I might be able to resurrect my athletics career but an “elite athlete” is defined so that’s put paid to that.

I’m sure other anomalies will come to light over the next few days as legal minds pour over the new Regulations.

How on earth are these new rules going to be enforced?
 Open Space Web-Map builder Code