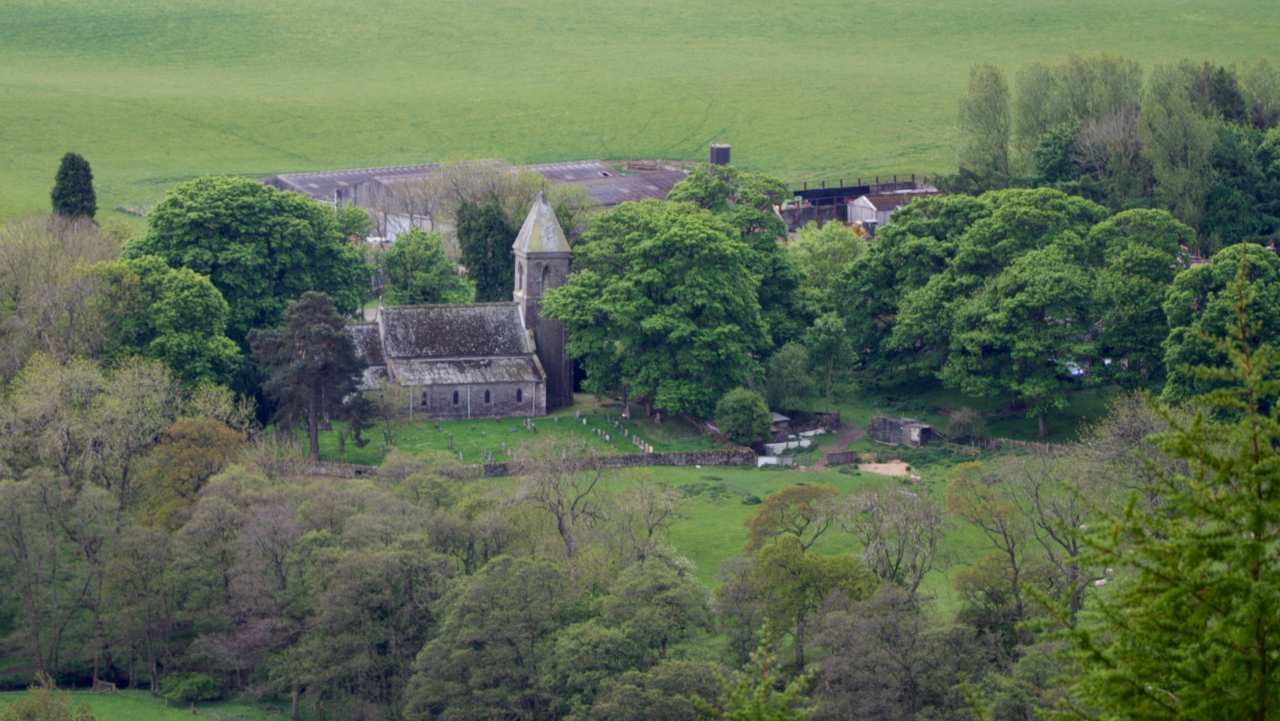 Recent forestry work on Coate Moor has opened up new vistas including this view of Kildale Church.

Officially, the Church of Saints Gregory and Cuthbert although St. Gregory is often left off with the church just being referred to as St. Cuthbert’s, a name which was actually used in older documents. There is some speculation that this name change occurred when some confusion happened with St. Gregory’s Minster in Kirkdale.

It is thought that the church was built within the bailey or the outer defenses of an early castle which was to the right, hidden within the trees. This would have been a wooden structure of the type introduced by the Normans after the Conquest in 1066. A farmhouse now occupies the mound or motte. When the church was being rebuilt in the 19th-century, eight Viking burials were found under the nave and chancel suggesting an occupation that preceded the Norman Conquest and the building of the castle. This doesn’t necessarily mean the site had a religious significance pre-Conquest, either pagan or Christian but it does raise the question whether the castle was built on the site of an existing pre-Conquest manor house or close by the church of an existing settlement in order to dominate it.