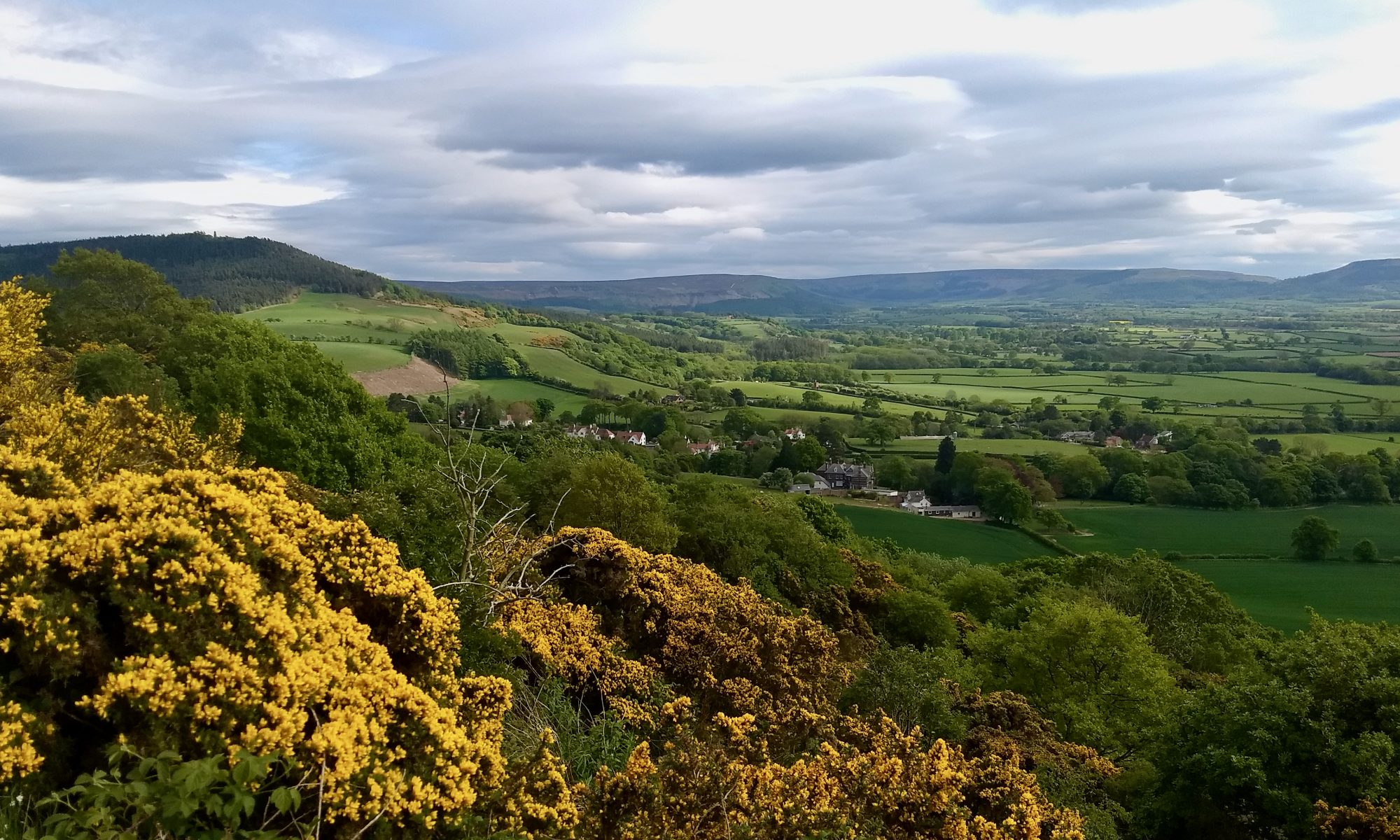 An end of the afternoon dog walk up Cliff Rigg, part of the Cleveland Dyke, an igneous intrusion formed 56 million years ago that withstood the forces of the glaciers. In the distance is Capt. Cook’s Monument on Easby Moor, and the Cleveland Hills, but the air is filled with the coconut scent of the yellow gorse flowers.

This spiny, evergreen shrub forms dense stands or ‘brakes‘ and flowers all year round but is at its finest at the moment. Ulex europaeus is the gorse’s scientific name but it has a few dialect names: ‘furze‘, ‘ruffet‘ and ‘whin‘. Hence whinstone, the hard igneous rock of the Cleveland Dyke, which gorse tends to thrive on.

Gorse will eventually spread. ‘Chart‘ is rough common ground, overrun with gorse and other shrubs. If a hillside has agricultural potential it will be ‘beaten‘, burnt and the ashes scattered before ploughing.

The farmer’s wife “used to hing our clothes on the gorse-busks“. Another name for a gorse bush is ‘hawth‘. A branch of gorse was called a ‘chag‘ or ‘jag‘ and bound into faggots for use in firelighting. They might fetch four pence a score at the market.

Gorse was believed to provide protection against the powers of evil: “She kept a bunch of gorse thrust far up her chimney when there was no fire. It blocked it completely, and, she said, kept the powers out.”