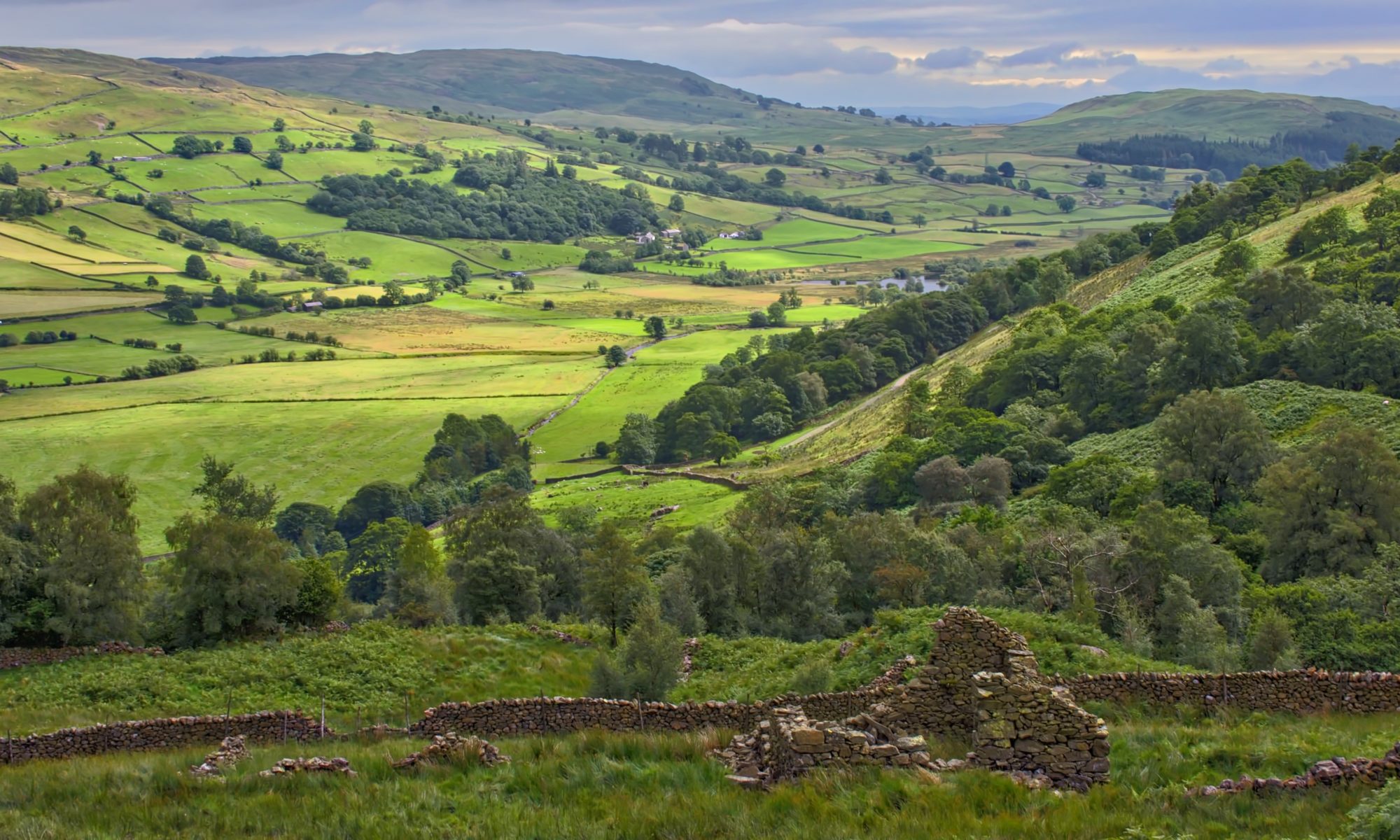 The Kent valley must be the quietest of the Lakeland dales. Hidden from the main tourist route with very few places to park and a ‘dry’ valley with no pub. This ruined sheepfold and barn is on the Garburn Pass, an ancient drovers’ route from Troutbeck, overlooking the middle section of the valley. Kentmere Tarn is just appearing behind the hillside, right of centre.

On the modern map, Kentmere Tarn is long and thin. Yet the 1853 map, although annotated as Kentmere Tarn, shows no tarn at all. Very odd. All the valley lakes, scooped during the last ice age by the glaciers, are gradually silting up. A natural process. It appears here the opposite has occurred. Or maybe it is just a cartographic error.

Well, it seems that Kentmere Tarn was drained in the 1830s to increase the amount of rich agricultural land, which turned out to be sour and marshy. There was another attempt in the 1870s to improve the land but that too failed. Then, in the 1920s, it was discovered that the bed of the tarn was actually a layer of diatomite, a whitish clay composed of the fossilised remains of microscopic organisms. And diatomite was very valuable, used in a mix of industries: TNT manufacture, toothpaste, filtration, and insulation. Commercially extraction began using a dragline and continued until the mid-1980s by which time alternative materials had been developed. When the site closed the workings were flooded resulting in the long thin tarn we can see on the map today.

Diatomite was not the first extractive industry in Kentdale. There had previously been lead mining and slate quarries. The lead was mined in the late 18th and early 19th-centuries but the last slate quarry closed in 1956. [Ref006]