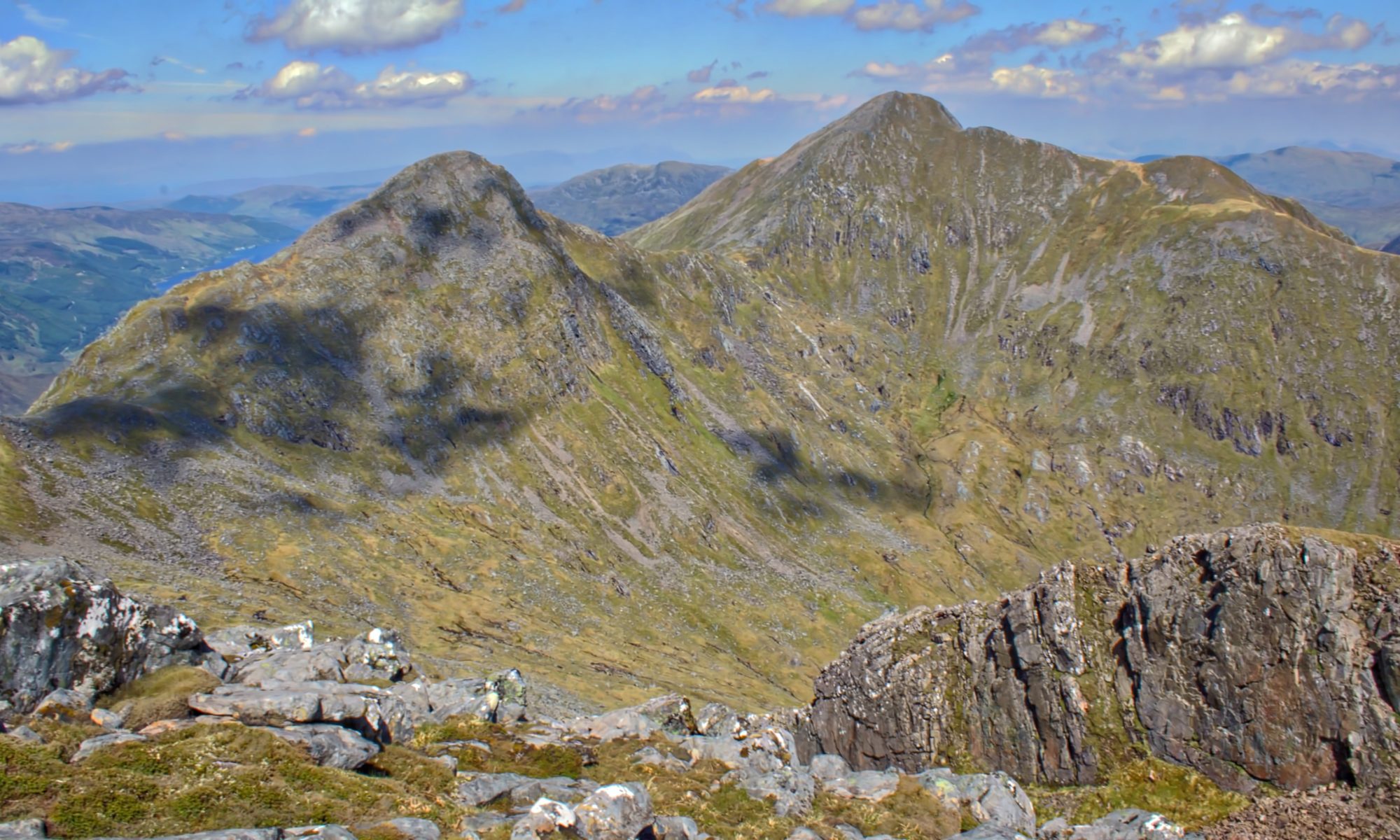 The Five Sisters of Kintail, on the north side of Glen Shiel, is one of the classic ridge walks in Scotland.  As you might have guessed, the Five Sisters refer to five peaks of which two are Munros:

There is a sixth peak on the ridge, Sgùrr nan Spainteach (The Peak of the Spaniards) 990m but, as it is not obvious in the classic biscuit box view from Loch Duich, is not listed as a sister.

Now you might think a name like the Five Sisters of Kintail has a legend associated with it. And you would not be wrong but I suspect it is a modern legend, made up to fit the name which has no Gaelic equivalence. The name was certainly in use by the 1930s but in the Gaelic, the whole ridge was simply called Beinn Mhòr, the big mountain.

A local farmer supposedly had seven daughters of whom two were married to brothers from a distant glen. The brothers said they would send their five other brothers for the remaining five sisters to wed. However, no one returned and the five remaining sisters agreed with a local wizard to transform them into peaks in order to preserve their beauty while they waited.