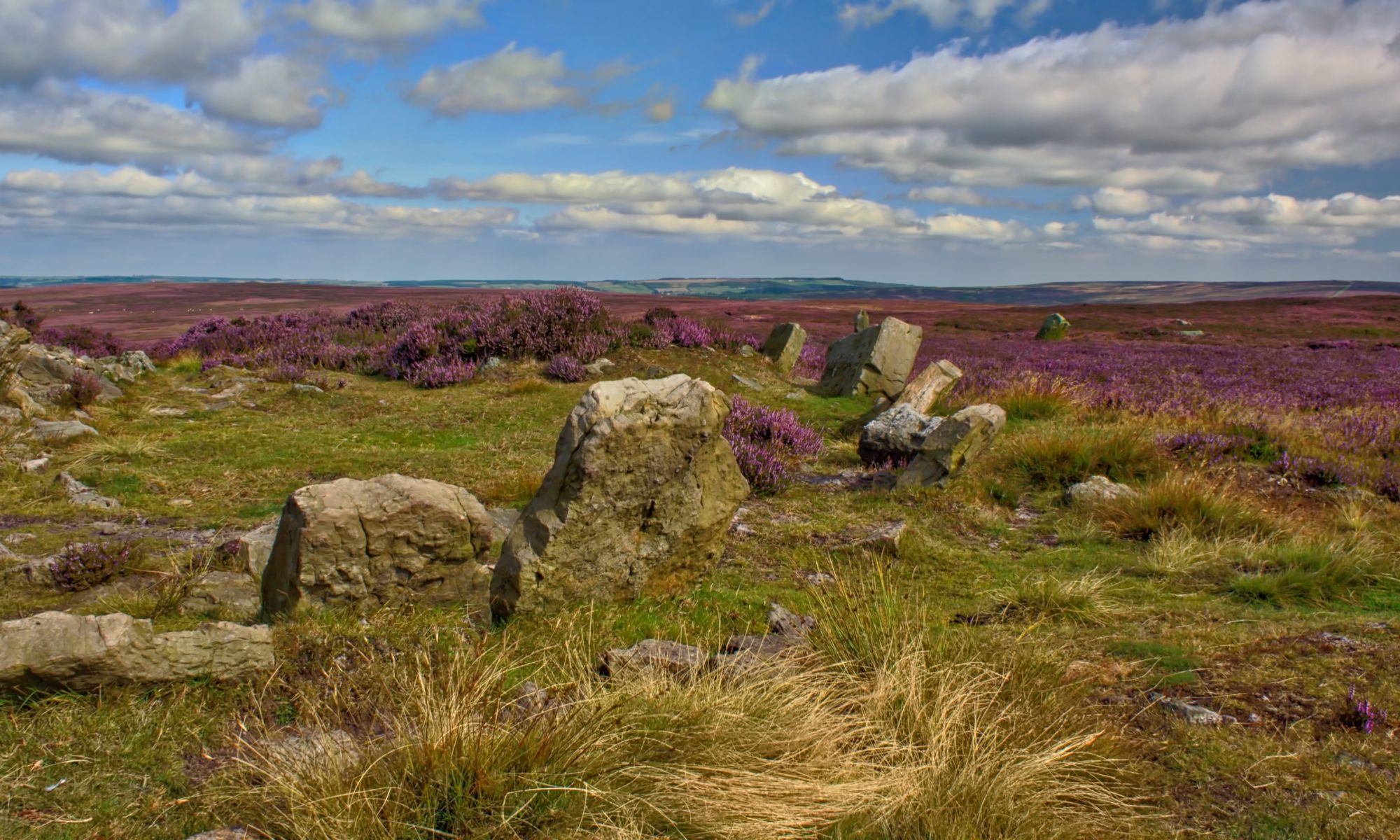 It was on this day, 29th April 1770, that Great Ayton’s famous son, Captain James Cook landed at Botany Bay in Australia and “with the Consent of the Natives” claimed the whole continent “in the Name of the King of Great Britain“. Now whether Cook actually discussed the matter with the aboriginals is a moot point, to say the least, but I am hesitant in being too controversial. I am just not in the mood today. And besides, I couldn’t find a suitable photo connected with Cook.

But it did occur to me that I have neglected the North York Moors during this lockdown and stumbled across this one from 2007 of Simon Howe on Goathland Moor. A warm August day when the heather was at its best. Absolutely no connection to Cook but hey ho.

Simon Howe is a round cairn with two associated round barrows, a standing stone and a stone alignment, all of which date to the Neolithic and Bronze Ages.

Round Cairns are piles of stones primarily constructed as funerary monuments and typically date to the Bronze Age (2000-700 BC). They were constructed in prominent locations and were a way of saying here lies an important person; this is a chieftain or warrior, or an important woman who has been buried here; often with grave goods in a cist, a stone-lined compartment. It is not unusual for Round Cairns to be re-used for subsequent burials.

The word ‘barrow’ comes from the Anglo-Saxon word ‘beorg‘, meaning a mound, hill or grave-mound. ‘Howe‘ is the Old Norse word for the same feature. On the North York Moors, they are typically Round Barrows, dating from the Late Neolithic period to the Late Bronze Age, mostly in the period 2400-1500 BC so pre-date the Round Cairns. The early farmers constructed these burial mounds of earth and rubble for different reasons than their descendant builders of the Round Cairns would do. They were more often used for multiple burials, often with several barrows grouped together, a communal burial ground perhaps for a family dynasty that probably denoted the ownership of their land. They were saying, this is where we live, this is our land, the land of our ancestors.

Standing stones also date from this same period and are often located close to Round Barrows. A few excavations have been done which have revealed human bone, cremations, charcoal, flints and pottery. However standing stones may also have functioned as wayside or territory markers, or as meeting points so their interpretation is confusing.
 Open Space Web-Map builder Code