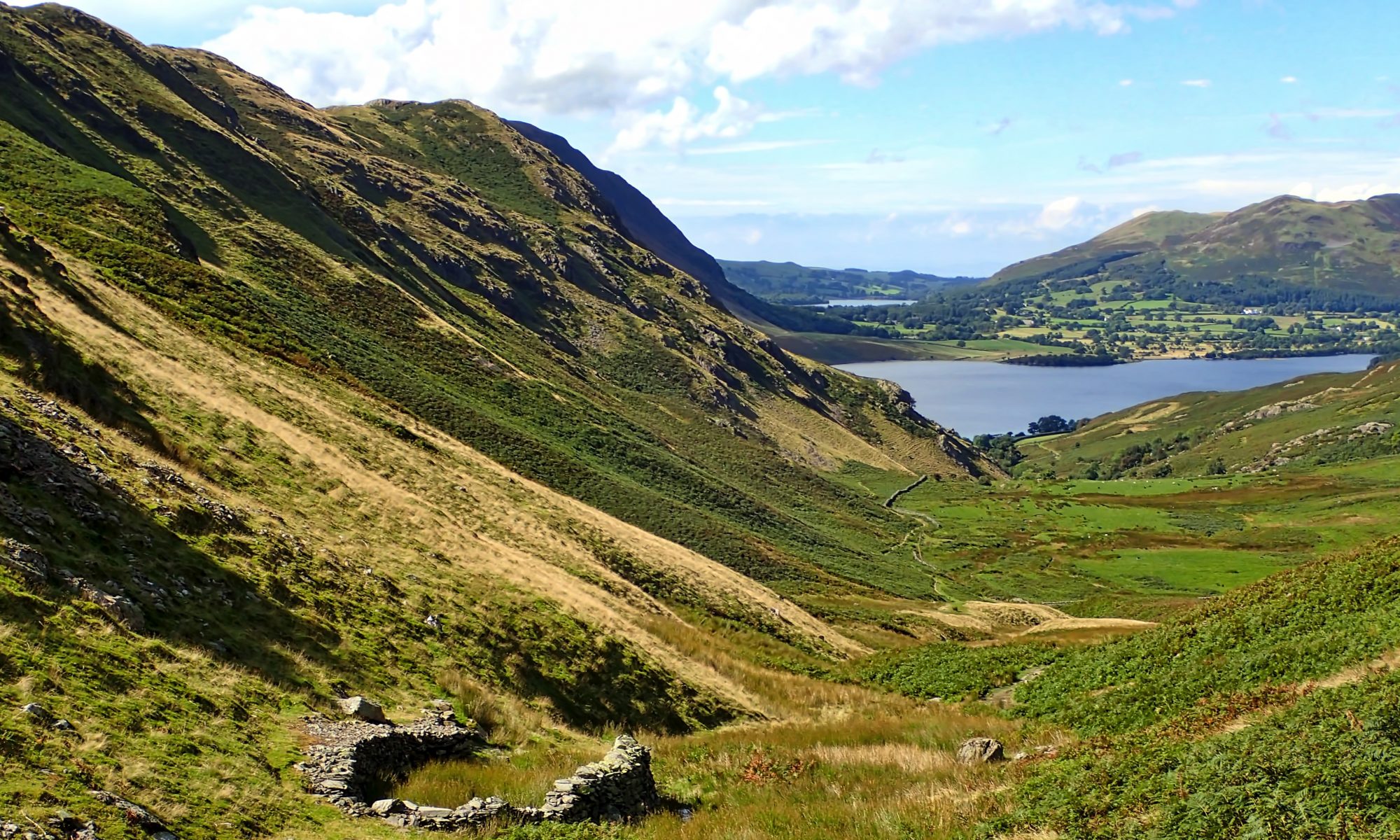 Nicholas Size, in his 1930’s novel ‘The Secret Valley’, tells the story of Norman attempts to quell the armed resistance of the Norse settlers of Lakeland.

In the 1070’s Boethar the Younger chose Buttermere valley as his base to defend Lakeland and to carry out guerrilla attacks against the Normans. Before the modern road around Hause Point was made Buttermere was hidden from being viewed up Crummock Water. Access to the upper valley, Buttermere, ‘Buthar’s mere‘, being over the shoulder of Rannerdale Knotts. I imagine this would have been the route of the modern Public Bridleway.

The Normans had established themselves at Cockermouth and sooner or later attack would come up the valley from the north. So Jarl Boethar had the route above Hause Point concealed by moving boulders and scree and created a new false trail up the valley of Rannerdale which crossed the stream several times on faulty bridges and ended in concealed pits filled with stakes.

For two or three seasons the trap was set until finally, one summer’s day King Henry’s soldiers left Cockermouth to begin their campaign to clear out the last rebel stronghold of England. Led by the Earl of Carlisle, the great army, mounted knights in their armour and their squires, foot soldiers, and a baggage train of packhorses headed south to Crummock Water.

The first encounter was at Brackenthwaite, where the steep slopes of Grasmoor meet the lake. Here some more defensive earthworks had been constructed. The Normans eventually broke through but it was an expensive victory.

Thinking Boethar’s stronghold lay just ahead, the depleted army followed the track up the narrow Rannerdale. Suddenly Ackin, Boethar’s brother, with thousands of men descended from both sides ambushing the column. Others who had been rafted down the lake attacked from the rear. The Normans were surrounded and a massacre followed.

So ended the last attempt to conquer Jarl Boethar and Lakeland remained at peace until King Stephen ceded it to Scotland.

The Earl of Carlisle escaped back to Cockermouth in disgrace. He is one of the few figures of whom we can be historically certain. Size names him as Ranulf le Meschin, who was made the Earl of Chester in 1120.
 Open Space Web-Map builder Code