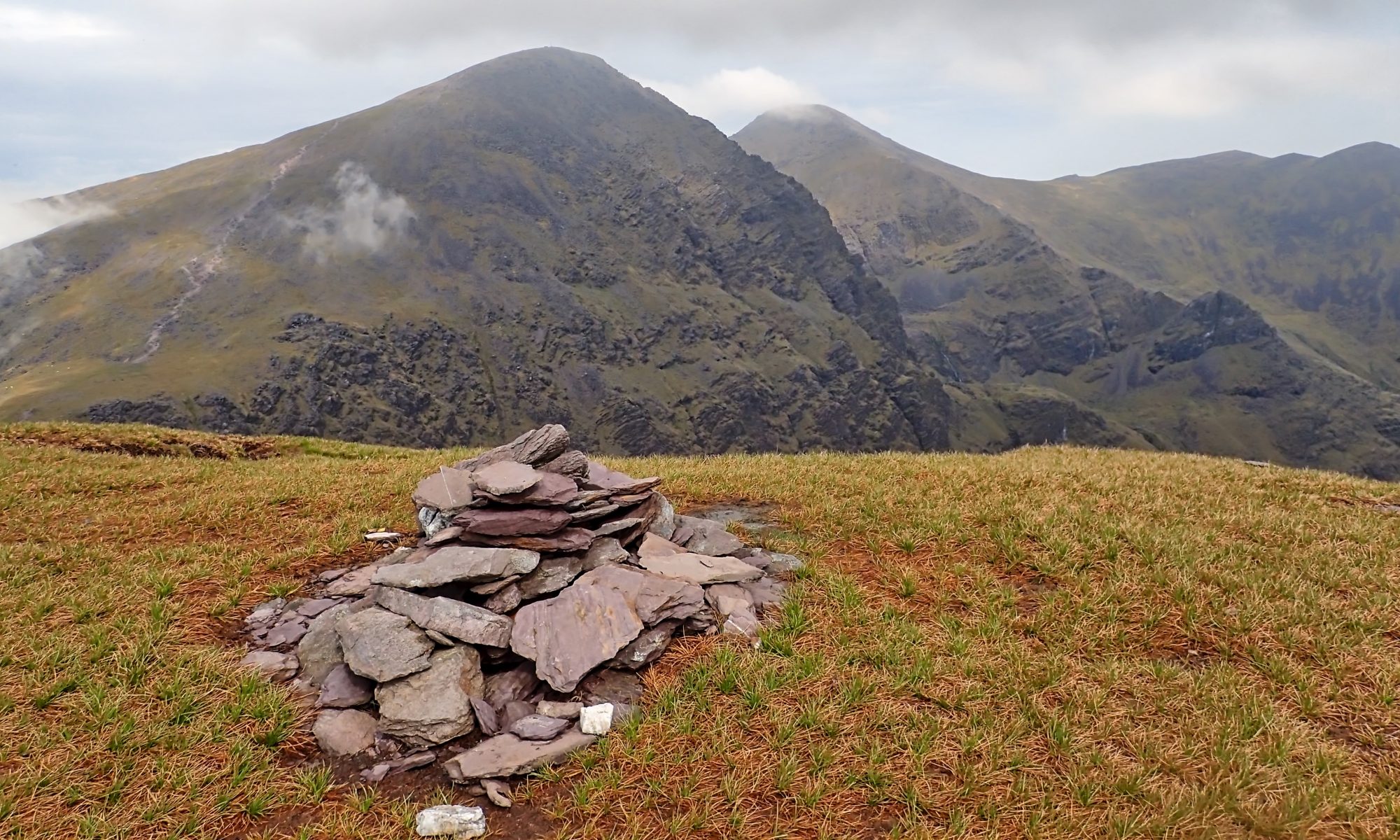 Have we really been in lockdown for 35 days? That’s 5 weeks! Now, where can I go today? Haven’t been to Ireland for a while.

At 3,407 ft. high, Carrauntoohil is the highest mountain in Ireland and the centrepiece of that wonderfully named mountain range, the MacGillycuddy’s Reeks. The name, Carrauntoohil,  is an Anglicisation of the Irish Gaelic ‘Corrán Tuathail‘ meaning ‘Tuathal’s sickle’.

It was overcast when I had set off from Cronin’s Yard back in 2018, through Hag’s Glen, and past Loch Cailli, before starting the climb proper through the cloud up the Devil’s Ladder, but by the time I approached the summit, the cloud had begun to break to reveal blue skies. The summit itself is marked by a giant steel cross re-erected in 2014 after it had been cut down as a protest against the Catholic Church.

Being Ireland’s highest peak, Carrauntoohil is on everyone’s bucket list. Certainly not as important a pilgrimage as Croagh Patrick for instance but nevertheless Carrauntoohil attracts a large number of inexperienced climbers. A direct descent to Loch Cailli would be a particularly tricky undertaking.