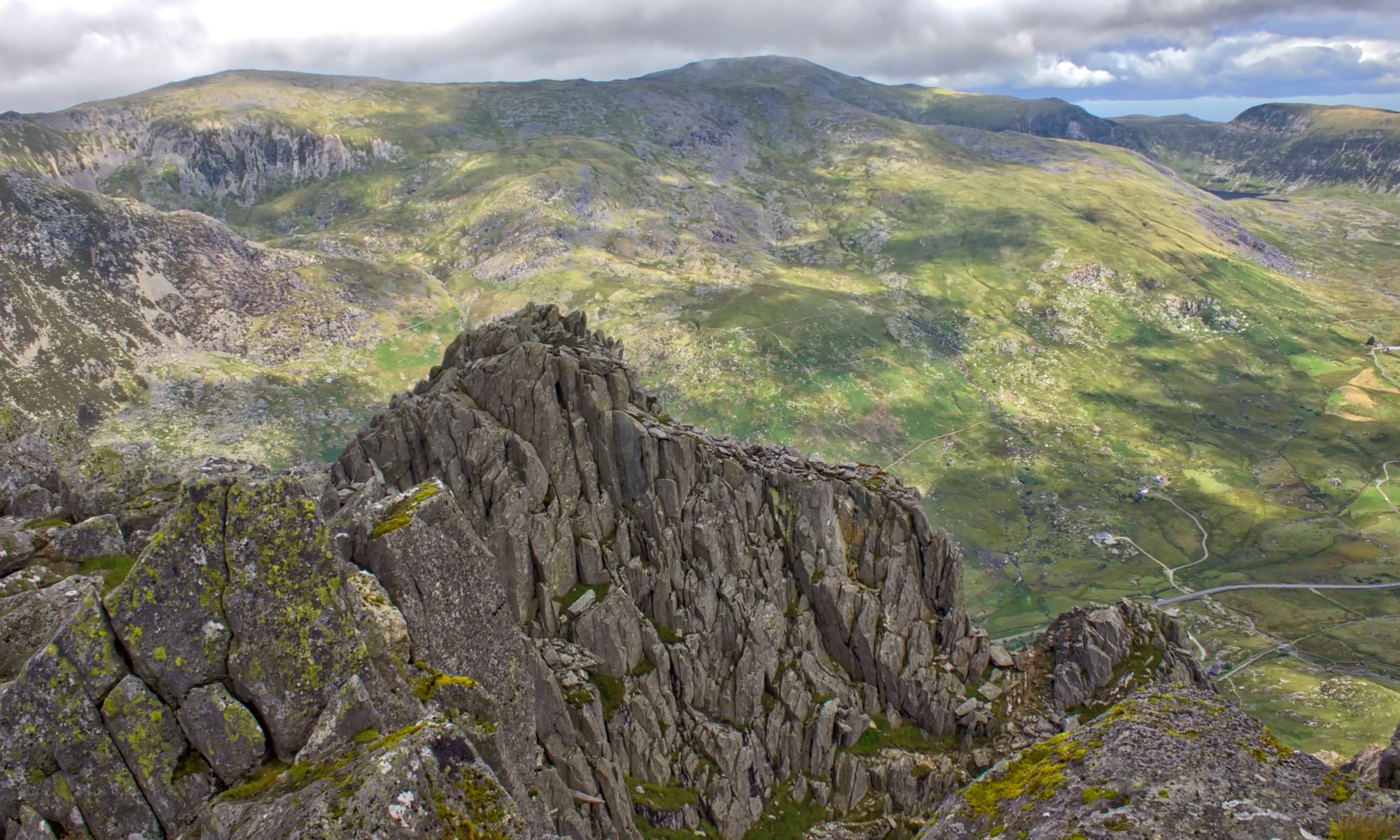 I have not done much in Wales. Just a handful of visits really. I’ll always remember my Dad declaring that it always rains in Wales. Besides the Lakes are much nearer.

Tryfan is in the Glyderau mountain range, the Glyders. Many consider it to be the finest mountain in Wales, one which requires scrambling to reach the summit. And the best-known way up is by the North Ridge from the Ogwen valley. George Mallory used it as preparation for his expeditions to Everest.

Prior to 2010 Tryfan’s accepted height was 915 metres but using the latest GPS technology, the summit was resurveyed to 917.51 metres. Our ascent was in 2012 so we can claim the bigger height.

According to a 9th-century poem, Tryfan is the final resting place of Sir Bedivere a knight of King Arthur. It is he who was tasked with throwing the sword that Arthur had received from the Lady of the Lake after the King was mortally wounded in the Battle of Camlann.

At the summit, there are two pillars of rock about 3 metres high and separated by about 1.2 metres. This is ‘Sion a Siân‘ or better known in English as ‘Adam and Eve’. There is a tradition that says those who make the jump between the two will have earned themselves the ‘Freedom of Tryfan’; whatever that means.
 Open Space Web-Map builder Code